Jointly hosted by the MIT Industrial Liaison Program and Groupe Bouygues, will bring together MIT academics, and industry leaders to explore the impact and sense of technologies.

Christophe Lienard joined the Bouygues Group in 2011 and was appointed Chief Innovation Officer for Bouygues SA in September 2017. From 2013 to 2017, he was Chief Innovation Officer at Colas, one of the world leaders in mobility infrastructures, and created and ran the Colas Innovation Board. In October 2015, Colas announced the launch of Wattway to produce photovoltaic energy from roads, which won the climate solution trophy at COP21. Previously, Lienard was Deputy CEO and Director of the Anovo Group from and earlier started his career with the Swedish group Atlas Copco. Lienard is a graduate from “Arts et Métiers ParisTech,” a National Graduate Engineering School engineer, has an advanced degree from UPMC Paris on energy conversion, and an Executive MBA from ICG. He is cofounder of the think tank Futura Mobility, cofounder and Vice President of IMPACT-AI, and a member of the Scientific Committee of the Global Center for the Future. 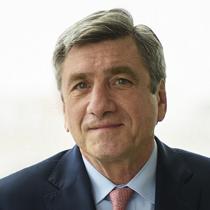 In that capacity, Koster and his staff work with the leadership of MIT and senior corporate executives to design and implement strategies for fostering corporate partnerships with the Institute. Koster and his team have also worked to identify and design a number of major international programs for MIT, which have been characterized by the establishment of strong, programmatic linkages among universities, industry, and governments. Most recently these efforts have been extended to engage the surrounding innovation ecosystem, including its vibrant startup and small company community, into MIT's global corporate and university networks.

Koster is also the Director of Alliance Management in the Office of Strategic Alliances and Technology Transfer (OSATT). OSATT was launched in Fall 2019 as part of a plan to reinvent MIT’s research administration infrastructure. OSATT develops agreements that facilitate MIT projects, programs and consortia with industrial, nonprofit, and international sponsors, partners and collaborators.

He is past chairman of the University-Industry Demonstration Partnership (UIDP), an organization that seeks to enhance the value of collaborative partnerships between universities and corporations.

He graduated from Brown University with a BA in geology and economics, and received an MS from MIT Sloan School of Management. Prior to returning to MIT, Koster worked as a management consultant in Europe, Latin America, and the United States on projects for private and public sector organizations.

Klaus Schleicher joined the Office of Corporate Relations in 2013. He has a Global Operations and Technology background that has delivered rapid profitable growth in the imaging systems, speech recognition, IT security and consulting, digital printing & media industries. He has executive experience in Sales, Marketing, Product Development, Strategy and Business Development and has held senior positions at Universal Wilde, Presstek Inc., Consul Risk Management B.V. (IBM), Lernout & Hauspie (Nuance), Agfa (Bayer Corp.) and Honeywell Inc. He holds a Master Degree in Computer Science and Engineering, from the Technical University of Giessen in Germany. 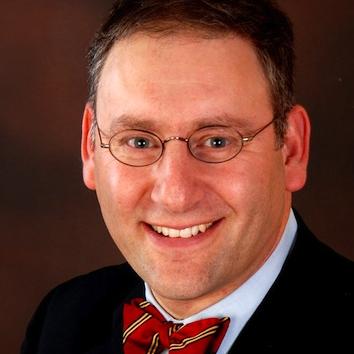 How some organizations generate value faster than others, with rewards for all stakeholders, is the focal question for Steve Spear (DBA MS MS), senior lecturer at MIT, author of The High Velocity Edge, and patent holder for the See to Solve Real Time Alert System. Winners create new knowledge and skills faster—ideally, everyone discovering something new always. These ideas have been expounded across Harvard Business Review, Annals of Internal Medicine and Academic Medicine, School Administrator, and Proceeding of the US Naval Institute. Proofs in practice include Pratt and Whitney’s winning the F-35 engine contract, the Pittsburgh Regional Healthcare Systems “Perfecting Patient Care System,” standing up the Alcoa Business System, and development/promotion of the Navy’s High Velocity Learning initiative.

Even before the social and economic disruptions of the pandemic, we were already in a period of non linear changes—huge advances in data sciences for retrospective (machine learning) and predictive (artificial intelligence) modeling and a revolution in biotech to name but a few all in the context of an international order trying to reconfigure its multipolarity and domestic situations being buffeted by once in a generation social fluxes. Non-linear change is particularly vexing; our past is abruptly a poor predictor of our future yet we still have to navigate ourselves and our organizations so they maintain a high degree of social relevance.

Fortunately, even if we cannot extrapolate experience into prediction, we can discover where we need to go and how to get there by building mechanisms for fast and frequent exploration and prospecting of unfamiliar situations.  Done rigorously and reliably enough, we can push out quickly the frontiers of where we are comfortable and confident operating.

These points about why and how to discover our paths forward in highly unfamiliar times will be illustrated by examples drawn from various sectors—high-tech, services, governmental and public sector operations, and others.  The objective is that participants will be exposed to a number of useful frameworks, the use of which in their own situations will offer clarity o how to manage in situations that are otherwise unfamiliar.

Luis Perez-Breva, PhD (http://linkedin.com/in/lpbreva) is an innovator, entrepreneur, educator and the author of Innovating: A Doer’s Manifesto (The MIT Press, 2017). He is an expert in technology innovation, venture labs, taking deep tech to impact, and applying artificial intelligence to solve real-world problems. He has enjoyed success with inventions and new companies in security, telecom, fintech, and genetics to name some. Chiefly among them is the AI-based system to locate 911 calls in case of emergency deployed worldwide. His work has been featured by the Wall Street Journal, Bloomberg News, BBC, Wharton Business Radio, Entrepreneur, Zdnet, Quartz, Epsilon Theory and several other national and international media.

Currently, Luis is the Faculty Director of Innovation Teams (iTeams http://iteams.mit.edu), MIT’s flagship joint enterprise between MIT Engineering and MIT Sloan to put the Institute’s deep tech advances to work to solve real-world problems. Through iTeams, he has helped nearly 200 MIT technologies find a path to impact leading to the formation of some 40 new, enduring deep tech companies across all industries from mining to telecommunications.

Luis has worked with venture capital and numerous corporations and adapted his work to develop innovating factories. Currently, Luis is developing a technology repurposing fund to rescue, recycle, and, in essence, turn around technologies analogous to how private equity seeks to turn around companies.

Dr. Perez-Breva holds a PhD in artificial intelligence from MIT and degrees in chemical engineering, physics, and business from leading universities in Spain (Institut Quimic de Sarrià), France (Ecole Normale Supérieure), and the United States (MIT).  In 2011, the Spanish government recognized his career achievements by awarding him the Order of Civil Merit of the Kingdom of Spain. 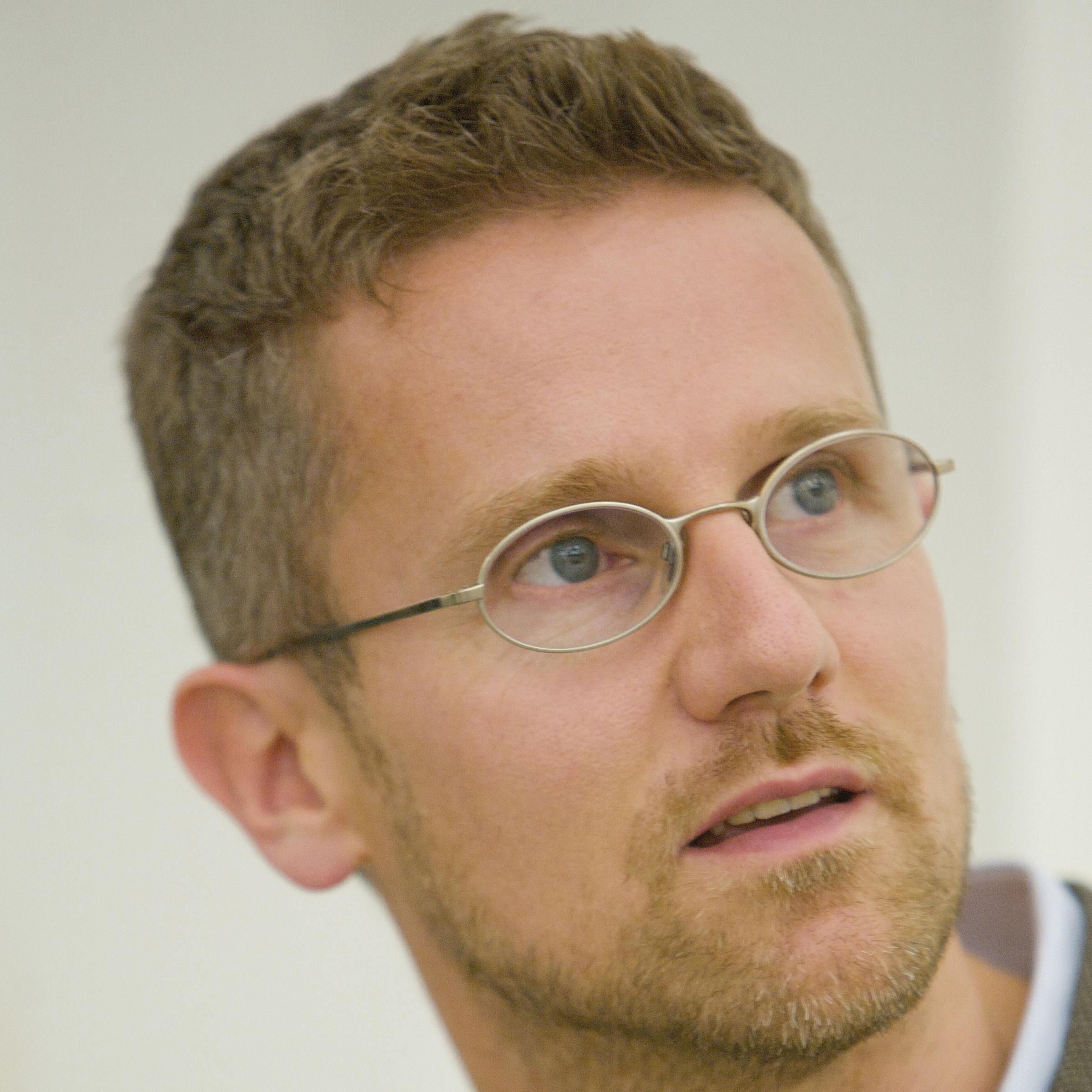 An architect and engineer by training, Professor Carlo Ratti teaches at the Massachusetts Institute of Technology (MIT), where he directs the Senseable City Lab, and is a founding part-ner of the international design and innovation office Carlo Ratti Associati. He graduated from the Politecnico di Torino and the École Nationale des Ponts et Chaussées in Paris, and later earned his MPhil and PhD at the University of Cambridge, UK.

A leading voice in the debate on new technologies’ impact on urban life and design, Car-lo has co-authored over 500 publications, including “The City of Tomorrow” (Yale University Press, with Matthew Claudel), and holds several technical patents. His articles and interviews have appeared on international media including The New York Times, The Wall Street Journal, The Washington Post, Financial Times, Scientific American, BBC, Project Syn-dicate, Corriere della Sera, Il Sole 24 Ore, Domus. His work has been exhibited worldwide at venues such as the Venice Biennale, the Design Museum Barcelona, the Science Museum in London, MAXXI in Rome, and MoMA in New York City.

Carlo has been featured in Esquire Magazine’s ‘Best & Brightest’ list and in Thames & Hud-son’s selection of ‘60 innovators’ shaping our creative future. Blueprint Magazine included him as one of the ‘25 People Who Will Change the World of Design’, Forbes listed him as one of the ‘Names You Need To Know’ and Fast Company named him as one of the ’50 Most Influen-tial Designers in America’. He was also featured in Wired Magazine’s ‘Smart List: 50 people who will change the world’. Three of his projects – the Digital Water Pavilion, the Copenhagen Wheel and Scribit – have been included by TIME Magazine in the list of the ‘Best Inventions of the Year’.

Carlo has been a presenter at TED (in 2011 and 2015), program director at the Strelka Insti-tute for Media, Architecture and Design in Moscow, curator of the BMW Guggenheim Pavilion in Berlin, and was named Inaugural Innovator in Residence by the Queensland Government. He was the curator of the Future Food District pavilion for the 2015 World Expo in Milan and chief curator of the "Eyes of the City" section at the 2019 UABB Biennale of Architecture and Urbanism of Shenzhen. He is currently serving as co-chair of the World Economic Forum’s Global Future Council on Cities and Urbanization.