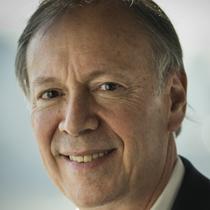 Garrido comes to OCR with deep multicultural and multidisciplinary knowledge and expertise in higher education, banking, and management consulting. Eduardo has had great success building long-term partnerships with a variety of stakeholders in Argentina (18 years), Spain (11 years), and in the United States (seven years). Most recently, he has been Director, Santander Universities in Boston where he managed the institutional and business relationship with 46 universities, mainly in the northeastern US. Prior to his Boston assignment, Garrido held the same title in Buenos Aires where he managed 59 agreements with universities in Argentina and launched several innovative programs. He held other positions at Santander from 1995-2003. Before his long employment with Santander, Garrido held management positons at various banks and at Price Waterhouse in Madrid.