Sharmila C. Chatterjee is a Senior Lecturer and the Academic Head for the Enterprise Management Track at the MIT Sloan School of Management. A business-to-business marketing expert, she trains MIT's next generation of business leaders to break down silos and adopt a holistic approach to problem-solving.

“Price discounting is one of my pet peeves,” says Sharmila Chatterjee. No, the Academic Head for the Enterprise Management (EM) Track of MIT Sloan’s MBA program doesn’t have it out for customers looking for a deal. Rather, this is a stitch in a running thread of conversation about bigger-picture thinking honed from years of research. Chatterjee is a business-to-business (B2B) marketing expert and an award-winning case writer who examines issues in the domains of channels of distribution, sales force management, and relationship marketing. “No one should be engaged in price gouging, of course,” she says, “but get an equitable return on the value delivered through your offerings, such that you can sustain investments for the long-term success of your brand.”

Citing Millward Brown’s finding that brands account for more than 30 percent of the stock market value of companies in the S&P 500 index, the Economist acknowledged that for many companies, their brand is their most valuable asset. Consider United Airlines' 2017 branding crisis that resulted in their stock plummeting $1.4 billion in a matter of days after video footage emerged showing the forced removal of a passenger from an overbooked flight.

Brand, according to Chatterjee, is a function of customer experience. In a 2019 opinion piece for USA Today, Chatterjee outlined the importance of customer experience by examining the case of Brick-and-Mortar (B&M) retailers. When e-commerce emerged in the early 1990s, traditional retailers tried to compete by slashing prices. As a result, they were forced to cut costs elsewhere: They whittled down sales teams, neglected investment in training, and ignored merchandising and product development—all to the detriment of the in-person customer experience.

Problems arise when we turn to technology as a panacea. Human capital is critical for successful outcomes in most cases—minimizing this comes at a great cost.

Their misapprehension of the situation resulted in a self-fulfilling prophecy. Customers flocked online for discounts, leaving, among others, big brands like RadioShack, Toy R Us, and Sears to file for bankruptcy. In an unexpected twist, the rise of the digital age exposed the importance of the human interface. Today, savvy retailers recognize the benefits of combining e-commerce and B&M, integrating online and offline. “Technology is a great facilitator and enabler. Problems arise when we turn to technology as a panacea,” warns Chatterjee. “Human capital is critical for successful outcomes in most cases—minimizing this comes at a great cost.”

For further evidence of the need for human-tech complementarity, we need look no further than the high rates of technology implementation failures experienced by businesses today. In 2001, Gartner reported a 50 percent failure rate of Customer Management Relationship (CRM) implementation. Fast-forward to 2021, and those numbers have only increased. How to reconcile this with the fact that CRM spending shows no sign of slowing down, and for many businesses, CRM has become the largest revenue area of spending in enterprise software? 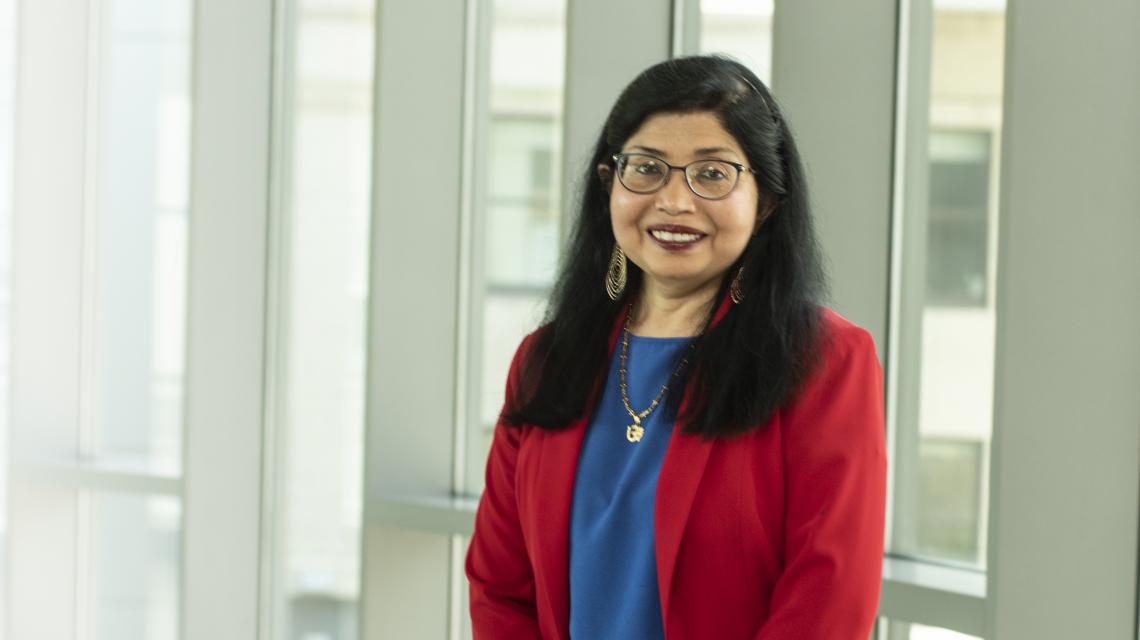 Meanwhile, a recent study conducted by MIT Sloan Management Review with Boston Consulting Group found that technology implementation failure rates of seventy percent or higher are the norm, and only ten percent of companies report significant returns on their AI investments. “There is obviously enormous potential for technology to deliver value, but the potential is not being realized, and therein lies the role of human capital,” says Chatterjee.

In an effort to understand the high rate of technology implementation failures, particularly in the B2B context, Chatterjee conducted an empirical analysis of buying organizations that purchased and implemented business intelligence software. She found that the most significant predictors of both successful technology assimilation and overall customer satisfaction were related to a set of intangibles that the buyer assigned to the software seller; the “soft” service facet, reflecting a holistic understanding of the customer’s business context, value creation potential, and pathway to value.

There is obviously enormous potential for technology to deliver value, but the potential is not being realized.

She calls this the “value mindset.” Once a business has a competitive product, they need to be able to communicate how to best extract the potential value from the technology. This means, among other things, sharing with the buyer the change management needed in the legacy processes as well as best business practices and learnings from failure. Sellers that communicated “value mindset,” according to Chatterjee, experienced significantly higher rates of customer satisfaction—to the extent of a three to one effect. “Again, this demonstrates in spades the incredible value of the human interface—value not communicated is value not delivered. Again, technology and humans as complements,” she explains.

Chatterjee's research began with a fascination with information silos fostered during her time as a graduate student at the Wharton School, where she first became aware of a statistic that found a mere 30% of marketing leads were pursued by sales teams. This revelation regarding the gap in the sales-marketing interface was something Chatterjee channeled into years of research in the domain of sales lead management and customer retention. Focused on this disconnect between human behavior and the rhythms of capitalism, she would go on to conduct some of the first studies in the critical area of the sales-marketing interface, specifically sales lead management, including a study she and her colleagues titled The Sales Lead Black Hole: On Sales Rep’s Follow-up of Marketing Leads.

A self-proclaimed empiricist in her research, Chatterjee employs surveys coupled with econometric methods for analysis that tests models in the real world. This focus on real-world business challenges extends to her administrative role leading the EM Track at MIT. All MBA programs deliver content, whether it be in finance, marketing, operations, or leadership. But at the Institute, Chatterjee emphasizes the importance of mindset. From the outset, students in the EM Track are encouraged to think like CEOs while on a pathway to future leadership. In practice, this means training students to move away from siloed thinking while adopting a holistic, cross-functional approach to problem-solving in order to transform organizations.

The best way to instill this leadership mindset is for students to work on real-life business projects and challenges with companies while applying theoretical concepts and frameworks learned in the classroom. In their first year, students are thrown into the deep end. Through the Enterprise Management Lab (EM-Lab), EM Track students are provided the opportunity to work hands-on with large enterprises to address business challenges. "My students' work on real business challenges embodies the MIT motto mens et manus, mind and hand,” she says.

Companies like Procter & Gamble/Gillette, Amazon, BMW, and IBM have all participated in EM-Lab projects. “Multinationals come back to us year after year because we deliver useful findings that they can implement in their companies,” says Chatterjee. At the same time, MIT students benefit from the real-world experience, refining their research skills while developing the mindset of future business leaders. “It’s a very symbiotic relationship, a partnership that benefits all involved,” Chatterjee says. 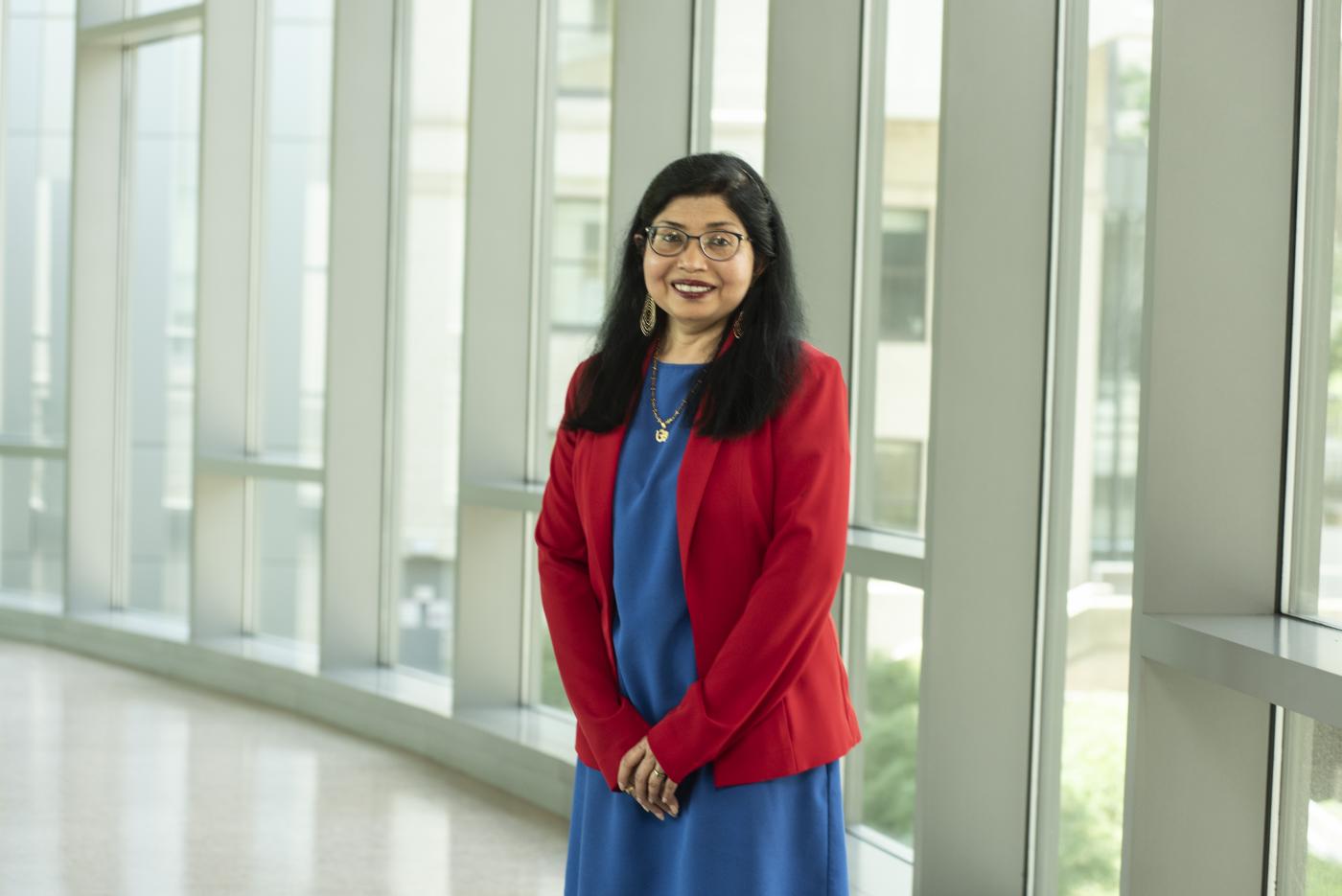