Powering the next generation of electronics

Powering the next generation of electronics
semiconductors

Jeehwan Kim is an Associate Professor in the Department of Mechanical Engineering and he is a Principal Investigator in the Research Laboratory of Electronics.

By his own admission, Jeehwan Kim is more engineer than scientist: “I’m driven to create solutions to real-world problems,” he says. Before joining the Institute, Kim worked at the Thomas J. Watson Research Center, where he studied the physics of semiconductor devices. Now, the engineer with a materials science background is changing the face of electronics while heading up his own research team.

To properly discuss industry applications for Kim’s research, we need to start at the beginning. In this case, a suitable starting point is the transistor. This little device is perhaps the most impactful invention of the modern era. It forms the backbone of all our electronics; everything from alarm clocks and televisions to smartphones, personal computers, and the navigation systems in our cars rely on these gatekeepers of electricity.

Transistors control electronic currents by functioning as either a switch or an amplifier. For example, by switching on and off between two binary states (0 and 1), they help our computers to complete the complex calculations we require of them. And we’ve been packing more and more transistors onto computer chips since computer chips were invented. As a result, our electronic devices have gotten smaller, more powerful, and more affordable.

At the heart of all transistors is a semiconducting material that electricity moves through to trigger the operations we want to perform. Neither insulator nor conductor, a semiconductor displays properties of both. Since 1954, silicon has been the dominant semiconducting material, due mainly to its reliability, abundance, and low cost—not its efficiency. “Silicon is the cheapest semiconductor material, but many other materials outpace silicon in terms of electronic or photonic performance,” explains Kim.

Semiconductors like gallium nitride, indium arsenide, and gallium arsenide are more efficient than silicon, but lose out to the more established semiconductor technology in terms of cost-effectiveness. A gallium nitride wafer, for example, can cost up to ten thousand dollars, while its silicon counterpart is only a few hundred dollars.

Imagine how much money can be saved on the cost of semiconductor materials with our wafer recycling technique enabled by remote epitaxy.

Meanwhile, the graphene-wafer combination is left intact. It is now an apparatus on which to grow more replicas of the original semiconductor wafer. “Imagine how much money can be saved on the cost of semiconductor materials with our wafer recycling technique enabled by remote epitaxy," Kim muses.

By recycling expensive semiconductor wafers, Kim’s work could have a dramatic impact on the global semiconductor business, which is projected to reach $730 billion by 2026. To that end, one of Kim’s former postdocs, Dr. Kyusang Lee, is in the process of licensing the technology for use in a startup he’s calling Future Semiconducting Business. “The goal is to have a serious impact on the semiconductor industry,” says Kim “Ideally, Lee’s team will be the first to take a compound semiconductor wafer to market at a dramatically reduced cost—thanks in part to the ability to replicate the expensive material using remote epitaxy," says Kim.

As for the newly replicated film of crystalline semiconductor material, it differs from the original wafer in that it’s extremely thin and flexible, which means that multiple devices can be layered one on top of the other, integrating different materials with different functionalities, all in one device—something that is impossible with a regular wafer.

“Because of how thin and flexible the new semiconductor material is, we can mix and match the materials or stack them together to make new functionalities,” says Kim. “For example, now we can stack solar cells and photodetectors all on the same transistor.” 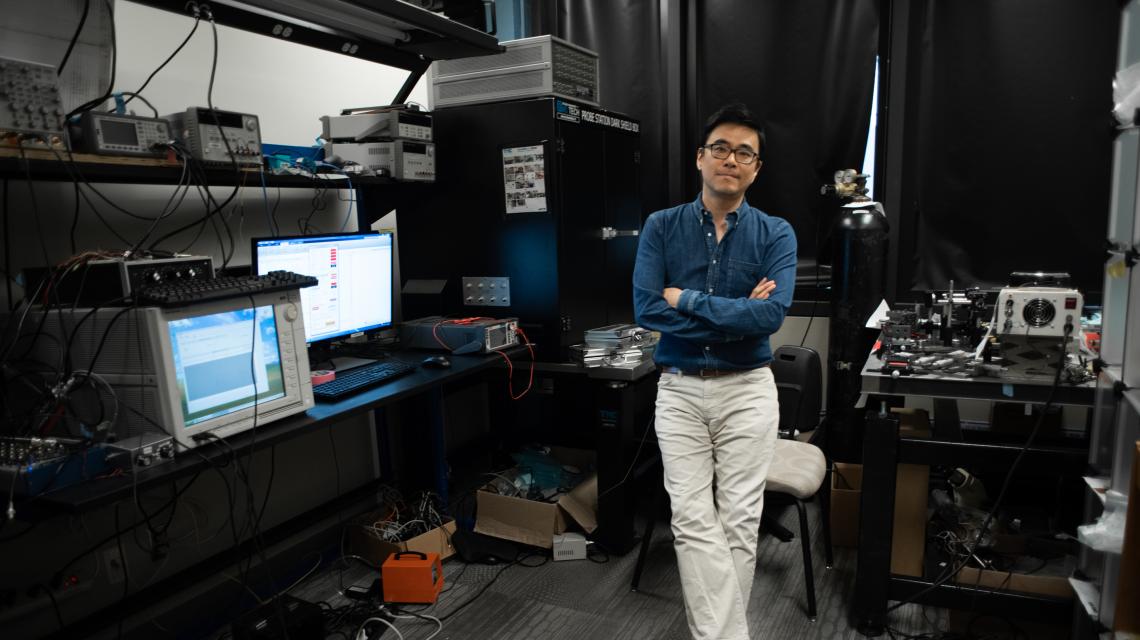 Kim’s technique could be a boon for energy storage. Riffing off of the remote epitaxy technique, he’s been working with MIT Professor Yang Shao-Horn to create a single crystalline battery that can be peeled off of graphite.

Applications abound. Kim and his team are also making use of the flexible semiconductor technology to prototype skin patches replete with multifunctional chips. These chips could be used to sense skin information like temperature, UV exposure, and moisture. They could even be used to sense vital signs or for the early detection of disease.

But Kim is not averse to working with the earth’s most abundant semiconductor, and his research doesn’t begin and end with remote epitaxy. Looking to the future, he and his team are using silicon wafers as a base on which to build artificial neural networks using a device called a memristor. First theorized in 1971, but not fabricated until 2008, a memristor (memory + resistance) provides fast and stable memory in a way that outstrips RAM and flash drives.

More importantly for Kim, one memristor can emulate the behavior of one human synapse. In contrast, today, neural nets work by combining multiple transistors to mimic the behavior of one synapse. To mimic thousands of human synapses you need tens of thousands of transistors, and that eats up a lot of power. One memristor per synapse means fewer devices and less power used.

“Until now, AI research has largely focused on software development using supercomputers,” says Kim. But supercomputers consume large amounts of energy. “We’re trying to make a portable artificial intelligence that can do the inference and online training tasks onsite without needing to connect to a supercomputer, thereby saving tons of power,” he explains.

With a seed grant from SENSE.nano, the Center of Excellence powered by MIT.nano, Kim is combining the array of sensors he’s developing with this new array of artificial neural networks. “The goal is to have seamless sensing with seamless analysis of the data in our portable neural network,” he says.

It should come as no surprise that Kim already has one eye on potential industry applications. He mentions the prospect of his innovation being deployed on factory floors, using pattern recognition for the early detection of machine failure, thereby revolutionizing the manufacturing industry.

For Kim, whose research is inspired by application to industry, the Institute is a perfect match, and the Industrial Liaison Program functions as a vital conduit, helping to connect his work with the world at large. “MIT is the perfect place to do research if you’re interested in commercializing your scientific concept,” says Kim. “From my perspective, ILP plays a pivotal role in connecting researchers like myself with industry members. The discussions with ILP members encourage me to think about real-world needs and help to connect the dots between academia and industry.” 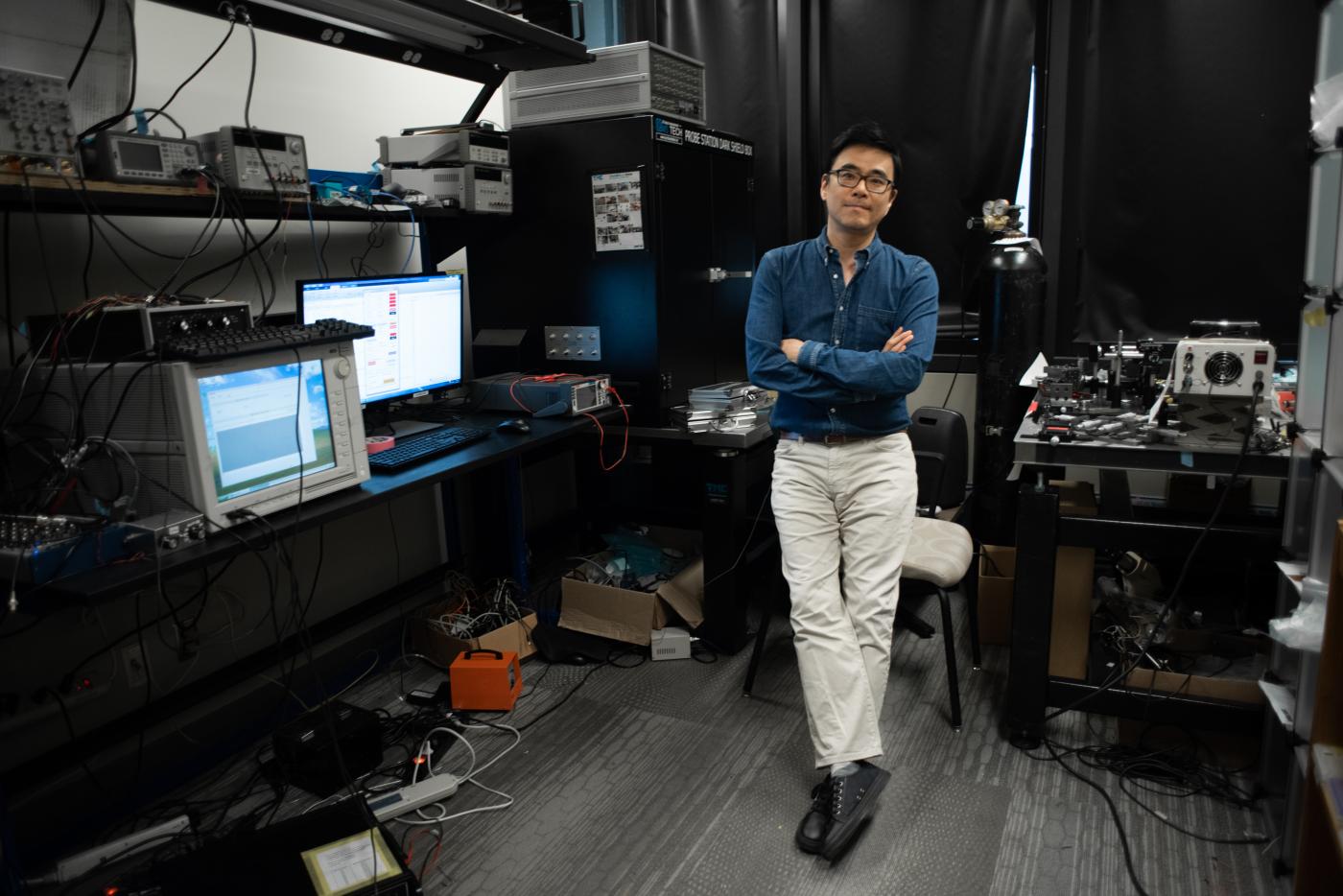