Getting future ready for the digital economy

Getting future ready for the digital economy
digitization

Stephanie L. Woerner is a research scientist at the MIT Sloan School of Management Center for Information Systems Research. Her research centers on enterprise digitization and the associated governance and strategy implications.

Digital transformation is a necessity for every enterprise looking to stay relevant in an ever-shifting landscape of networked intelligence. According to International Data Corporation (IDC), enterprise spending on digital transformation will reach nearly $2 trillion in 2022. “If a company is not thinking about how they’re going to succeed in the next five to seven years using digital, they’re going to get left behind,” says Stephanie L. Woerner.

Woerner is a research scientist at the MIT Center for Information Systems Research (CISR) and coauthor of What’s Your Digital Business Model, with CISR chairman and senior research scientist Peter Weill. She studies enterprise transformation for the digital economy and the associated governance and strategy implications. Her research provides key insights that help large companies succeed in the digital age. One of the big takeaways: digital transformation is about organizational change.

In research conducted with Weill, Woerner explores how enterprises can use digital capabilities to transform their businesses into top performers in the digital economy. Their CISR briefing “Future Ready?” identifies four viable pathways companies can take towards digital transformation. Whereas some organizations devote all of their digital chips to customer experience projects, others continue on an upward arc of digitization. Meanwhile, there are companies that can't move forward with what they have at their disposal and must either toss in the towel completely or start a whole new business unit with new technologies (and thus, no legacy). Between these extremes are the enterprises pursuing a pathway of incremental digitization, tackling one project at a time and integrating before moving on to the next project.

Woerner refers to this incremental transformation as “the stair-steps approach,” and it’s the pathway most frequently taken by companies, regardless of industry. That said, her research suggests that industry influences can play a significant role in determining which pathway an enterprise will take. For example, businesses that are driven by customer demand (e.g., banks, retail companies, and energy firms) often find themselves pouring their digital efforts into customer experiences like mobile projects and omnichannel transformation. 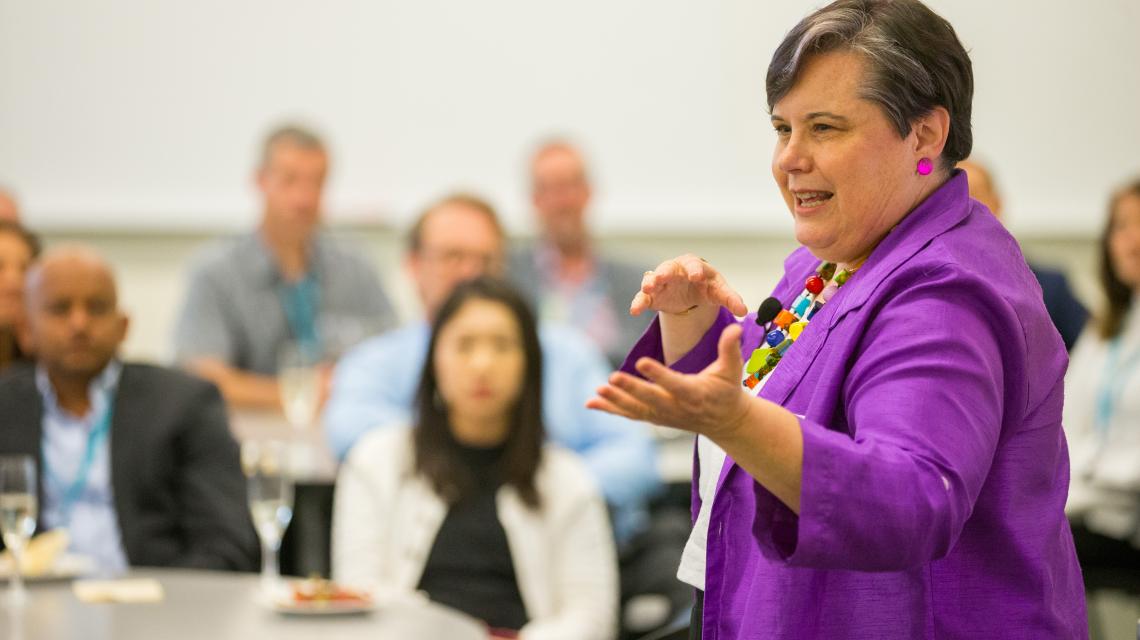 The fact is that digital is no longer a siloed affair. On the contrary, it touches all aspects of an organization, and the implications are far-reaching. “Today, companies need to work in an ecosystem that exists beyond the value chain,” says Woerner. And it’s imperative to institute a culture of evidence-based decision making, tied to which is the importance of good data. “You need to gather and use great customer data because that’s going to feed into your evidence-based decision making,” she says. With a recent survey suggesting that 76 percent of customers expect companies to understand their needs and expectations and 59 percent of customers stating that tailored engagement based on past interactions is very important to winning their business, companies must understand their customers if they want to hold on to them in the digital economy.

In addition to exploring how companies are transforming, Woerner and Weil examine how roles within enterprises are changing. Their recent research briefing, “Working with Boards on Digital,” offers key insights into the importance of having a board of directors with experience in digital business. “The consequences of having a digitally savvy board are huge,” says Woerner. “According to our research, digitally Savvy boards had ROA market cap growth and revenue growth that was 33 percent higher than non-digitally savvy firms.”

According to our research, digitally Savvy boards had ROA market cap growth and revenue growth that was 33 percent higher than non-digitally savvy firms.

The role of the CIO has also evolved. Gone are the days of the service CIO, who existed solely to keep enterprise systems operational. According to CISR studies, in the past ten years, the top-performing CIOs have doubled the amount of time they spend with customers—and they’re using the information they’ve gathered on products and technologies to improve and innovate. CIOs are being tasked with creating an integrated digital platform, breaking down silos, and delivering end-to-end business processes. Whether it’s order-to-cash or inventory-to-ship, CIOs at the most successful companies are frequently in charge of those processes, making sure everything links up. Finally, the top-performing companies are making good use of CIO knowledge, giving them a seat at the table, providing an opportunity for them to discuss the technologies being used and the opportunities they can enable.

Woerner’s research at CISR is very much practitioner-oriented. "Our research is intimately bound with the problems that are out in the real world,” she says. “Once we do our research, we take it out and test drive it.” CISR sponsors and patrons are encouraged to participate in workshops and conferences that tackle real-world problems facing their companies every day.

Because Woerner’s research is best informed by the opportunity to speak with executives from a broad range of industries and fields, she appreciates her relationship with MIT’s Industrial Liaison Program. “Presenting to ILP members allows me to discuss my research, and at the same time I'm able to hear about the issues and challenges that companies are facing,” she says. “Sometimes discussions with ILP members lead to new members and sponsors for CISR. Often, it’s just a great freeform give-and-take, and we all leave the room having learned something.” 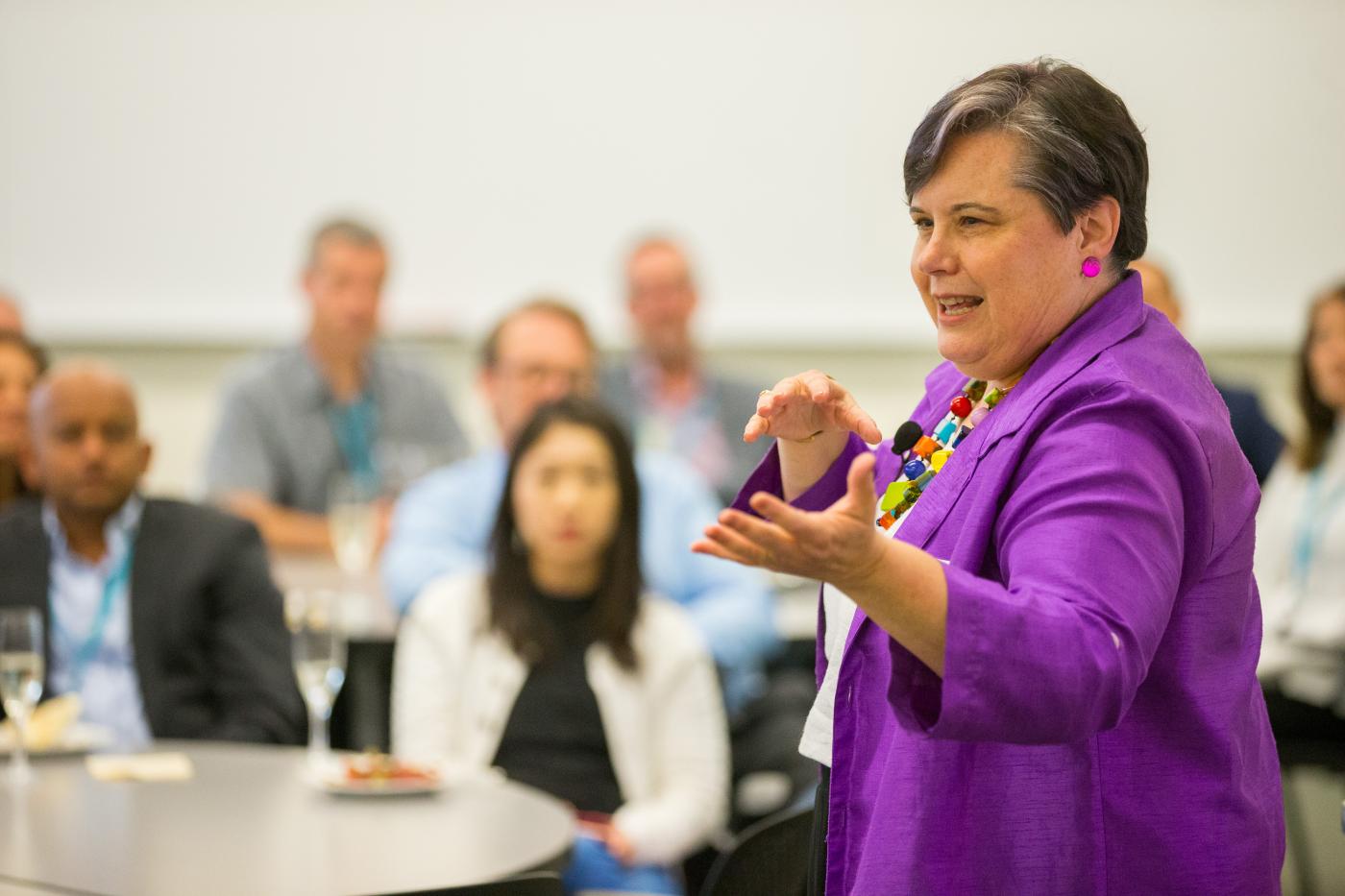