Solutions to x: Researching across disciplines

Andreas Mershin researches across fields and disciplines to develop and spawn technologies as they relate to industry, progress, and well-being.

Andreas Mershin has a general disregard for labels and the boundaries between scientific fields. Hence, his Label Free Research Group. “We focus on doing great research and then we find out what field it is in—after all, Nature doesn’t know or care what field you’re supposed to be in,” Mershin says. His varied background and atypical trajectory, from theoretical physics to biophysics and neurobiology, earning his MSci in physics and cosmology from Imperial College London and his PhD in physics and biophysics from Texas A&M University along the way, have not only fostered his inquisitiveness but have also supplied him with the necessary skillset and mindset to work across fields and disciplines with an uncanny ease that would confound someone with a more rigid scientific belief system. “In science, as in life, you need to be ready to change your mind when the evidence presents you with something different than what you thought,” he says.

In science, as in life, you need to be ready to change your mind when the evidence presents you with something different than what you thought.

When Mershin first came to MIT his work focused on increasing the efficiency of bio-solar cells, which use organic matter to generate electricity. Building on the prior success of Dr. Shuguang Zhang's MIT Lab for Molecular Self Assembly and using photosynthetic materials purified by Professor Barry Bruce's team at the University of Tennessee, he established a new collaboration with Professor Michael Graetzel's group at Ecole Polytechnique Federale de Lausanne, which had one of only two certified solar simulators available on the planet capable of delivering accurately realistic illumination to such biophotovoltaics. Mershin managed to increase the actual external efficiency of biophotovoltaics by over 4 orders of magnitude, which still stands as the world record for biophotovoltaic efficiency. His team became known as the "folks making electricity with plants," and their reputation inspired a nascent Boston-based startup to approach them with their patented technology for harvesting what eventually became known as "bio-energy" directly from trees. 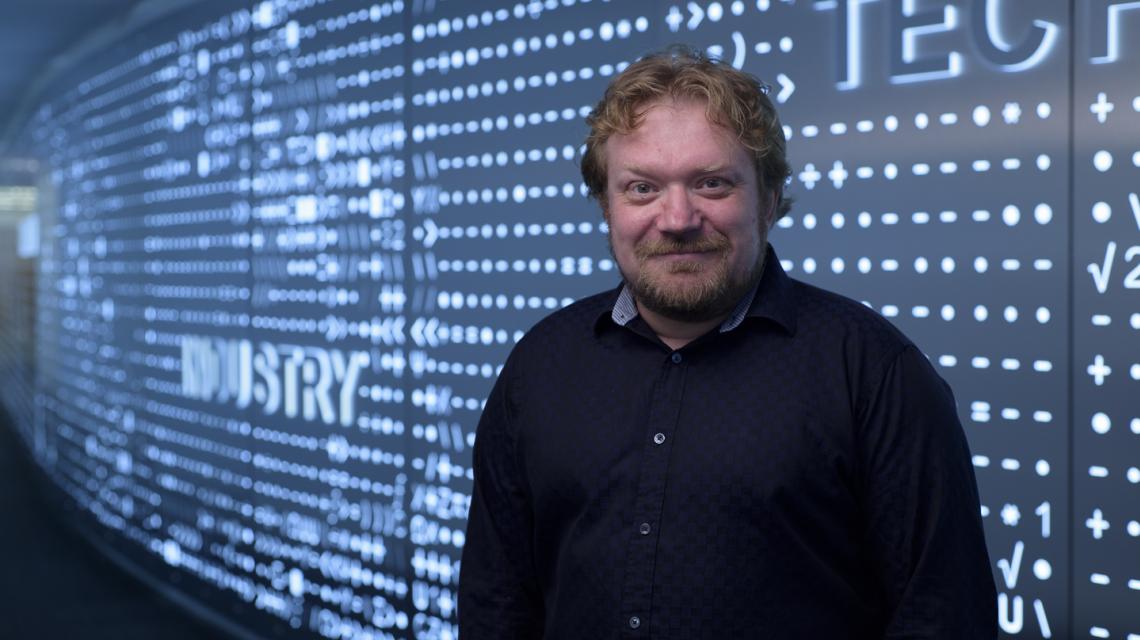 With the intention of solving the young startup’s inability to sufficiently explain the source and mechanism behind what the newspapers and magazines were calling “tree power,” Mershin hired Christopher Love, then an undergraduate Chemical Engineering student, and they spent several months exploring the process to understand the source of energy. Their research demonstrated that energy harvesting circuitry is in fact powered by the work of a tree’s systems that seek to maintain a constant pH differential between the tree and the soil. Voltree Power, a startup co-founded by Mershin, was spawned out of the realization that a network of wireless tree-powered mesh sensors could be designed for the direct use of the U.S. Forest Service and the Bureau of Land Management. Voltree gained traction in the MIT100k competition before deploying two waves of satellite-enabled sensors, including one at Camp Lejeune in North Carolina during a 400acre controlled burn of a forest designated specifically to study the usefulness and technical application of real-time data collected from around and even inside active wildfires.

In 2015, hoping to understand and replicate the calm, focused state of mind he enters while flying his plane, Mershin invented Self-Calibrating Protocols (SCP), and with his team built electro-encephalogram (EEG) sensors to track and reproduce brainwaves. In his own words: “We accidentally invented the first portable, wearable, practical pain detector.” Several years later, Mershin co-founded mindboostr.com, a human performance enhancement company that uses SCP on consumer-grade EEG sensors such as choosemus.ecom combined with proprietary, personalized machine learning algorithms for AR and VR related environments. “We are at the beginning of a new era of human performance enhancement, using, among other things, neural feedback games and EEG signals,” says Mershin. “By externalizing our biosignals and feeding the information back into our cells, we are allowing conscious control of certain automatic system functions—hardware is no longer the issue. It’s about the software, and that is where mindboostr takes center stage in the conversation.” The work casts neurofeedback as a powerful non-pharmacological therapeutic alternative for treating ADD, PTSD, anxiety, addiction and chronic pain, as well as having the potential for providing increased productivity as a result. “Mindboostr provides users with the ability to operate at the level of clinical advice. We have every expectation that this will do as well or better than visiting your clinician for neural feedback treatment,” says Mershin. Perhaps unsurprisingly, Mindboostr utilizes the same MIT-devised technology used in another of Mershin’s inventions, which he refers to as The Nose.

Mershin entered the world of machine olfaction in 2004, after reading a landmark study in the British Medical Journal on dogs detecting bladder cancer by smell. A few years later the Defense Advanced Research Projects Agency (DARPA) contacted him with a request for an electronic nose that would rival the ability and specificity of a canine trained to detect explosives. At the end of the DARPA Microfluidics Integrated Transduction RealNose phase I project, in which his team demonstrated up to 200 times more sensitivity than the DARPA determined limits of detection of a trained canine in specific odorants presented in clean background Nitrogen carrier stream, Mershin obtained sponsorship from GlaxoSmithKline to further understand GPCRs, the "G-Protein-Coupled Receptors” that are integral to scent but also play a role in everything from heat sensing and regulation to pain, toxins and touch, even sound and light. GPCRs, with their seven alpha-helical domains packed into a uniquely recognizable hexagonal 5nm barrel, appear to be nature's go-to sensors, actuators and transducers for all kinds of signals, which drove Mershin and his team's curiosity, as well as big pharma's well-targeted interest, to understand how cells sense and communicate with each other and the outside world of scents, drugs and neurotransmitters.

The nano-nose built by Mershin is the first and currently the only one of its kind, in that it tells you what something smells like as opposed to what it is made of. Think of a bomb sniffing dog: it doesn’t identify the structure or name of the explosive molecule, it perceives the general scent character of it. “We are looking at the emergent character, the scent principle,” says Mershin. “The real research is to figure out how we can replicate the function of trained dogs in identifying early signs of cancer, and we are actively working to devise machine olfaction systems that will fit inside your smartphone and alert you to early cancer so you can get checked out by a non-canine doctor —that is the mission.”

The goal has always been to focus on the research but to realize when it is time to introduce the technology for positive real world impact. “If you disconnect academia from industry you lose sight of what it is really like out there in the world,” says Mershin. Whether he is ignoring boundaries while designing a machine nose, exploring "the emerging physics of consciousness and quantum weirdness,” or nurturing inquisitiveness by co-founding and directing the Molecular Frontiers Inquiry Prize, which awards prizes at the Royal Swedish Academy of Sciences in Stockholm for the most intriguing questions posed by children, he is always interested in the cross-pollination of ideas, including as they relate to industry, progress and well-being. In fact, he has a message for ILP member companies: “You can’t make an MIT at home. Come to our labs, the Center for Bits and Atoms is happy to host you. Whether you are doing biology or material science, nanotechnology or electronics—we’ve got it all under one roof. We’ll help you figure out what you need for success.”