When we think of the structure of DNA, we think of a double helix. But MIT researchers can fold strands of DNA into 3D viral-like particles with highly complex shapes, and these particles can be designed to carry drugs for diseases that can’t be treated effectively today.

“Our lab is building a platform technology to use nucleic acids as structured nanoscale materials that revolutionize our ability to deliver therapeutics,” says Mark Bathe, associate professor of biological engineering.

These nucleic acid particles may be particularly good at delivering emerging types of therapies such as gene-editing enzymes or protein-generating RNA, he says.

His group also explores scaffolded particles made with RNA, DNA’s companion nucleic acid. Among their advantages, RNA particles may connect more easily with certain proteins than does DNA, be synthesized more easily at scale, and perhaps eventually be grown within cells.

Our lab has developed tools that allow us to convert any 2D or 3D object from the computer into an actual printed object made from these nucleic acids.

“Our lab has developed tools that allow us to convert any 2D or 3D object from the computer into an actual printed object made from these nucleic acids,” he says. “We published a landmark Science paper in 2016 that basically invented the capability to print at the nanometer scale any 3D structured object made from DNA. That offers the broad nanotechnology community a simple way to make these structured materials.” 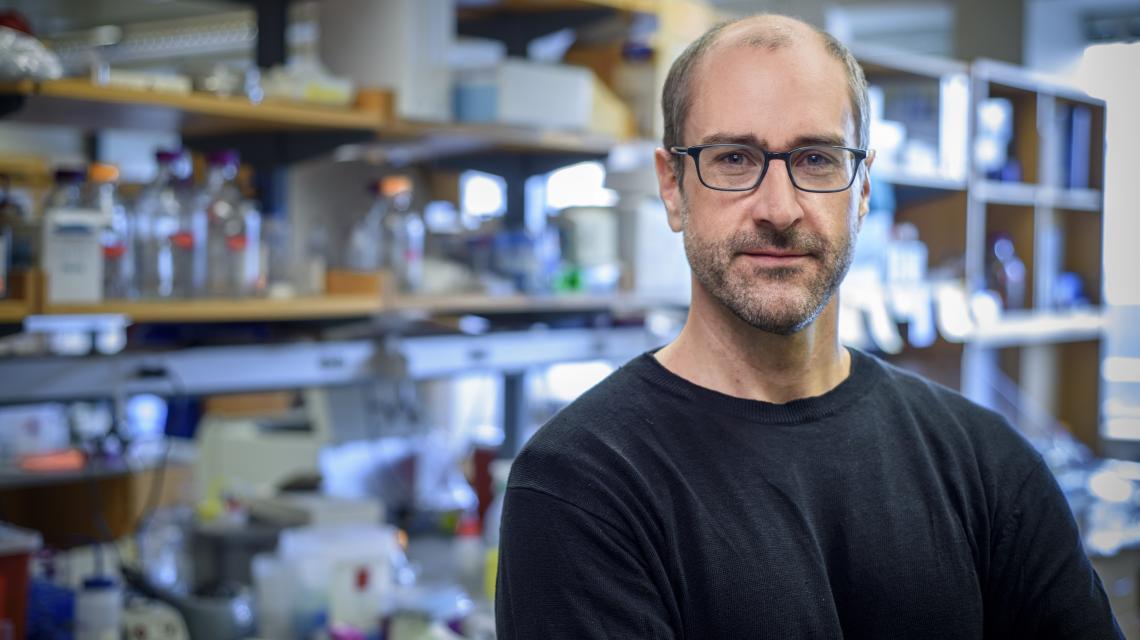 Funded by the National Institutes of Health, Bathe’s lab is working to encapsulate a CRISPR/Cas9 molecular package into a DNA particle, which can be configured to target specific cells or tissues and to shield the CRISPR package from the immune system and other dangers on the way. “It’s really a one-shot delivery and editing approach, and the particle will then vanish from the human body,” he says.

His group is also collaborating with researchers at Massachusetts General Hospital under an MIT Deshpande Center grant to create such DNA particles that can selectively destroy glioblastoma tumors, which respond poorly to current therapies.

Another emerging therapeutic approach employs messenger RNAs—the type of RNA that reads DNA to enable the production of proteins. “In principle, messenger RNAs will offer us the ability to deliver or express a therapeutic protein of interest in any cell in the human body,” Bathe says. “But getting that messenger RNA to any target tissue or tumor anywhere in the human body is a problem that remains unsolved. We believe that structured nucleic acid particles have tremendous potential to deliver these agents.”

Small interfering RNA (short pieces of RNA that can disable protein production by specific messenger RNAs) are finding many roles in biomedicine, and are also prime candidates for delivery by structured nucleic acids.

DNA can hold dyes or other imaging molecules, and scientists in Bathe’s group and at the Broad Institute of MIT and Harvard are using this technique to image the brain. “We’re imaging 16 different protein targets at a time within neurons,” he says. “That allows us to gain unprecedented detailed information about the composition and structure of the brain in diseases such as autism and schizophrenia.”

In another research application, his lab is looking at ways to use structured DNA nanocarriers to present foreign antigens to the immune system, seeking to better understand infectious diseases and cancer therapies.

Most dramatically, structured DNA particles may eventually also offer routes to perform quantum computing and quantum sensing within the human body. (Yes, you read that right!)

“It’s not that we're going to make a supercomputer out of DNA,” Bathe says. “Rather, we want to exploit its properties for room-temperature quantum sensing and computation, and in physiological environments.”

The particles can hold molecules that can capture light and produce “excitons”, energy states that can be used to perform quantum computations, he explains. In a 2018 Nature Materials paper, he and his colleagues demonstrated how such particles could host clusters of synthetic dye molecules to make programmed circuits for quantum computing at room temperature.

It’s not that we're going to make a supercomputer out of DNA. Rather, we want to exploit its properties for room-temperature quantum sensing and computation, and in physiological environments.

Bathe is now teamed up with Dirk Englund, associate professor of electrical engineering and computer science, to make such devices. Interfacing this technology with neurons, as in the field of optogenetics, may offer one path towards quantum sensors in the body that can record neuronal electrical activity with sensitivities that are orders of magnitude greater than current methods.

Pushing toward the clinic

DNA and RNA structured particles are relatively new and rapidly evolving technologies. Unsurprisingly, Bathe notes, they face many challenges on the road toward real-world medical use.

One major hurdle is high costs, partly from the staples that are used to fold up the nucleic acid origami into its target shapes. Another is the steep requirements for pre-clinical testing before therapies can begin human trials, including fundamental research to understand targeting, toxicity and immune reactions for these particles.

“There's still groundwork to be done to demonstrate more broadly to pharmaceutical companies and the biomedical industry that this technology actually has legs,” Bathe says. “Partnerships may be extremely helpful to allow companies, without huge investment, to look under the hood and see just what's possible. The technology’s relatively early stage, however, also means that the intellectual property landscape is considerably more attractive than some competing delivery technologies.”

As the structured nucleic acid platform advances, researchers will explore its advantages and disadvantages with an extremely broad range of therapeutic cargoes, for treating conditions that range from cancer to inherited genetic maladies and infectious diseases, he believes.

“It shouldn’t take decades to develop these nanotechnologies for therapeutic applications, especially for deadly diseases such as brain cancer or deadly genetic conditions that affect children,” Bathe adds. “The time is ripe to invest in these technologies to explore their untapped potential.”