Building a Silk Road for Agriculture

Building a Silk Road for Agriculture

How, exactly, did Benedetto Marelli begin wrapping up fruit in silk?

“It came about just by chance,” says Marelli, Paul M. Cook Career Development Assistant Professor of Civil and Environmental Engineering. Working as a postdoctoral researcher in the lab of Tufts University’s Fiorenzo Omenetto, he was competing in a contest to cook with silk, and had the idea of coating strawberries.

Marelli focused in his Tufts postdoc primarily on one of the silk proteins, known as silk fibroin, whose strength, stability and other advantages have long found use in medicine and now increasingly in optoelectronics.

My work is about feeding the nine billion people we’ll have by 2050.

Since joining MIT in 2015, however, his main focus has been on using silk fibroin in agriculture. “My work is about feeding the nine billion people we’ll have by 2050,” he says. This work has led to a silk-coating startup firm, Cambridge Crops, which is investigating partnerships with many firms along the food supply chain.

Marelli’s lab also continues more fundamental research on the nanostructure and self-assembly of silk—an intriguing material for a surprisingly broad set of applications.

Silk fibroin is a multi-talented material, starting with its stability at temperatures up to 200 degrees Celsius and in environments at various levels of acidity. Even more interesting to materials scientists, silk fibroin can be made into strikingly different types of films and solids. “We can make a transparent silk film with a thickness of a few nanometers, or a screw, or a bioplastic,” he says. “We also can engineer the shelf life of silk, so that it ranges literally from seconds to months or years.”

Moreover, silk can be stable in different conformations. For instance, it can be either completely water soluble or completely water insoluble. “We can process silk in water, so we can regenerate silken engineered materials using completely water-based processes, but at the same time we can form a material that eventually becomes water-insoluble,” Marelli says. “That’s unique to silk.”

Additionally, silk can be processed at atmospheric pressure and room temperature, so engineers can enhance its functionality by adding dopants. “We can have multiple functions in a single material format—for example, I can add an enzyme or an inorganic chemical,” Marelli says. 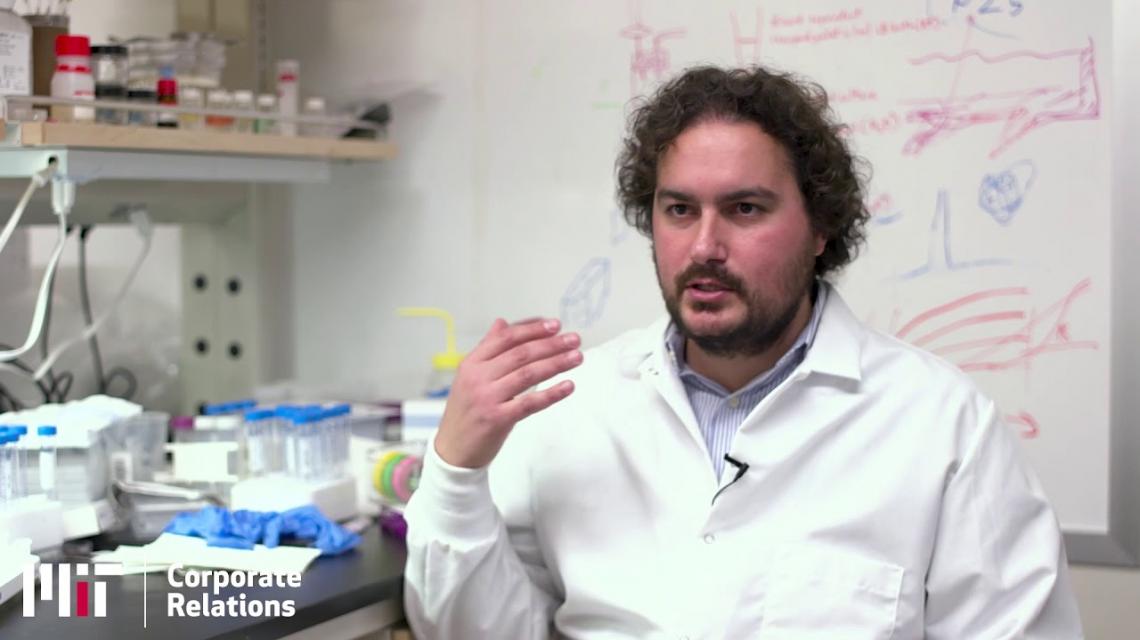 So how could this rich collection of material strengths help out in agriculture?

As Marelli’s original strawberry experiment suggested, silk coatings might help to minimize the waste of crops between harvest and consumption.

Currently about a quarter of food globally is discarded, and most of that loss happens soon after harvest. “The moment you pick a crop, the crop starts to lose value,” Marelli says. “We thought, can we address that by providing growers or other stakeholders in the food industry with a coating material that doesn't alter the taste or the appearance of the crop, but can delay or prevent spoilage?”

He and his colleagues have shown they can form such coatings by drop-casting fruit in a carefully tailored silk solution, or spraying the fruit with the solution.

We can add 10 days to the shelf life of a strawberry outside the fridge, and similar times for bananas and many other crops.

“You simply let the water evaporate and the material assembles, using no energy,” he says. “That technique allows you to make a membrane that can regulate water evaporation and oxygen permeation. We found that, for example, we can add 10 days to the shelf life of a strawberry outside the fridge, and similar times for bananas and many other crops.”

Marelli joined with Tufts’s Omenetto and two other cofounders to spin off their discoveries into Cambridge Crops, a startup firm finding methods to scale the technology up to industrial use and figuring the best ways to bring it to market. The startup is discussing partnerships with stakeholders across the food industry ranging from growers to retailers, and including manufacturers of chemical-based agricultural products who seek to develop more ecologically friendly materials.

Reengineered silk may make another major contribution earlier in the food chain—coating seeds to make them grow better.

Feeding nine billion people by 2050 will require using farmland that may suffer from soil depletion, saline soil, water shortages, blights and pest infestations. These problems can’t be solved merely by doubling down on agrochemicals or adopting more efficient use of current resources. “Smart seeds” also may help, Marelli suggest.

Among the many talents of silk fibroin coatings, they can help to guard helpful bacteria from degradation by water, oxygen and light. Marelli and co-workers are developing seed coatings that incorporate rhizobacteria to aid nitrogen fixing, boost germination rates and perform better in drought and saline soils.

The MIT researchers are collaborating with investigators at Mohammed VI Polytechnic University (UM6P) in Morocco on a proof of concept with barley seeds. Materials will be tested in the lab and in an experimental farm run by UM6P, modeling the persistent drought and soil salinity found in the country’s Rehamna Province. The researchers will then work to improve the coatings and find ways to scale up production to sufficient volume for commercial agriculture.

Additionally, Marelli’s lab performs basic materials science on the self-assembly and directed assembly of silk fibroin (and other biopolymers) to create novel synthetic materials for a very broad range of tasks, including many uses in biomedicine and optoelectronics.

“The beauty of this bioinspired research is that we’re starting with this nanomaterial that has been engineered by nature to be a very high performing fiber with a hierarchical structure,” he adds. “We can discover new processes to obtain these advanced materials, and then think of universal rules that allow us to apply these processes to synthetic materials.”