As director of MIT’s Laboratory for Energy and Microsystems Innovation (LEMI), Cullen Buie has applied his expertise in microfluidics, electrochemistry, and electrokinetics to applications ranging from electrolyzers to microbial fuel cells.

As director of MIT’s Laboratory for Energy and Microsystems Innovation (LEMI), Cullen Buie has applied his expertise in microfluidics, electrochemistry, and electrokinetics to applications ranging from electrolyzers to microbial fuel cells. More recently, Buie has focused on microfluidics in biotechnology, which led him to cofound a company called Kytopen with Paulo Garcia, a former Research Scientist and past Translational Fellow at MIT.

“You can think of a cell as a cellphone and genetic code as an app that you upload to program it,” says Buie, an associate professor of Mechanical Engineering. “The problem with today’s gene-edited therapeutics is the upload process is way too slow. We are trying to put gene altering materials such as DNA, mRNA, or CRISPR Cas9 RNPs into cells in a faster, more efficient manner and for a wider range of cells.”

We are trying to put gene altering materials such as DNA, mRNA, or CRISPR Cas9 RNPs into cells in a faster, more efficient manner and for a wider range of cells.

Kytopen is initially working with therapeutics companies that are modifying cells to alter the functioning of the immune system. The goal is to re-engineer an individual’s immune cells to fight their cancer. Instead of injecting drugs into the body, you introduce cells that act like living drugs.

The FDA approved method for developing engineered cell therapies is to re-engineer a virus. Since viruses have evolved to infect cells with their DNA without killing them, they can solve the delivery problem.

Viral gene therapies work reasonably well but are time-consuming and expensive. “Viruses are unpredictable and difficult to scale from the bench to the lab,” says Buie. “It typically costs several million dollars and takes two years to develop the manufacturing process for a viral vector. Due to the lack of capacity in the industry, there’s a two-year waiting period to produce viral vectors.”

Over the last decade, researchers have experimented with a variety of faster non-viral approaches. “If you can eliminate the virus, you can cut down the cost and development time and get the therapies to patients faster,” says Buie.

To encourage cells to open their pores to allow the entry of genetic material, non-viral cell delivery technologies typically use either electrical or mechanical energy. Mechanical techniques include squeezing the cells, ultrasound, or applying high fluid flow rates to impose sheer stresses. Electrical techniques such as electroporation shock the cells to open the pores.

In addition to opening cell membranes, electrical methods can also open the membranes of the cell’s nucleus where genetic materials are concentrated. This is more challenging using mechanical methods. 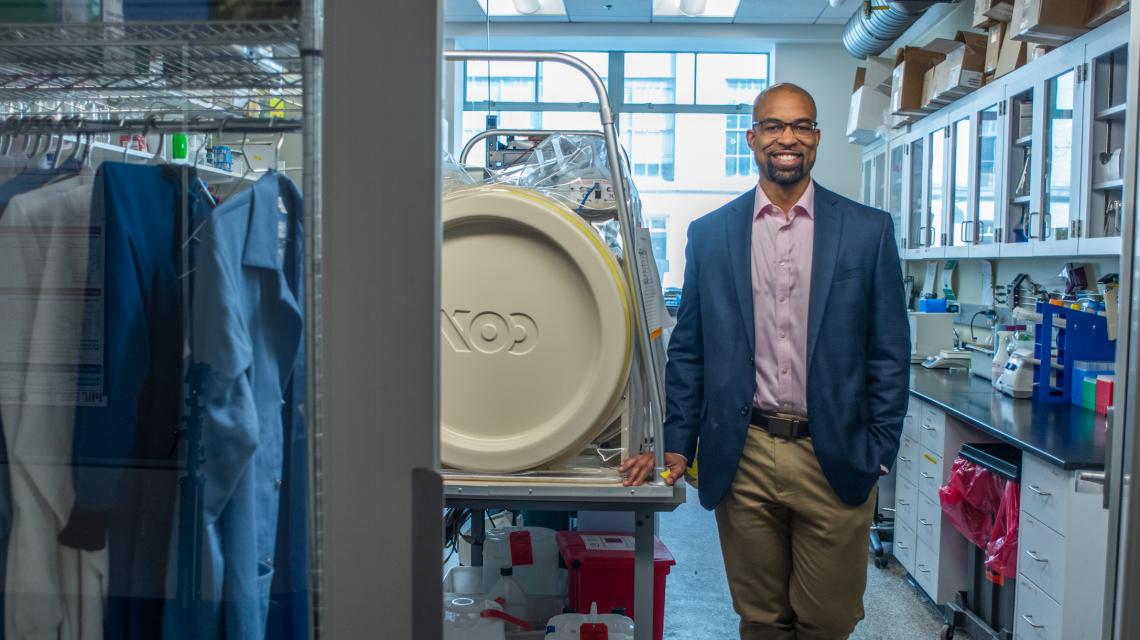 “The electrical techniques allow for more stable cell engineering,” says Buie. “If you can get your payload inside the nucleus, the genetic edits will persist for a long time. The problem with electroporation is that cells don’t like being shocked. A lot of them die and the ones that survive may not be effective for therapies. Cells that undergo mechanical methods tend to survive at a higher rate but have challenges with stable editing.”

Kytopen’s FlowfectTM uses a mix of fluid flow and electric fields to open pores. “We flow the cells we want to edit and our payload of gene-altering material through the fluidic devices at the same time,” says Buie. “We use only a small fraction of the electricity used by the purely electrical techniques. This enables greater cell survival and viability while still letting us get into the nucleus.”

We use only a small fraction of the electricity used by the purely electrical techniques. This enables greater cell survival and viability while still letting us get into the nucleus.

Buie’s team spent years experimenting with microfluidic assays to determine the minimal electrical conditions required to open pores. By reducing the electricity, the pores can reseal on their own, leading to greater cell viability. “We found the Goldilocks zone where there is just enough energy to do the job without hurting the cells,” says Buie.

Kytopen gets rev’d up by The Engine

Once Buie and Garcia were convinced of the viability of their non-viral technique, it was time to persuade the rest of the world. The first step was to gain funding from the National Science Foundation’s I-Corps program, which helps academics transition their technology to the commercial sphere.

“I-Corps sent us out to talk to people in the industry about the problems they are having in delivering genetic material into cells,” says Buie. “We interviewed over 100 people in 40-plus companies, and they all said the same thing: the process is too slow. We realized our technology didn’t solve the industry’s main problem, so we started thinking of ways to speed up the process.”

The solution that emerged was a continuous flow engineering method in which cells are always flowing during the engineering process rather than deployed in a traditional batch-based process. “In 2017, we made some prototypes that incorporated the technology into a pipette tip and we presented our data at conferences,” says Buie. “People kept asking us where they could buy it, so we decided to start a company.”

Buie and Garcia found that while there is plenty of money to fund drug therapeutics and software, cell manufacturing techniques were largely ignored. “A lot of the investors told us we should leverage our novel delivery method as part of a therapeutic solution.”

The co-founders came to realize that while pitching themselves as a therapeutics company would enable more funding, there were also greater limitations and risks. Due to the high rate of drug failures, it can take more than a decade and well over a billion dollars to develop a new drug. “If we failed, then our delivery technology would be unlikely to have an impact elsewhere,” says Buie. “Instead, we wanted to enable a new industry of engineering cells for healthcare and that required us to focus on the technology.”

As luck would have it, MIT had just launched The Engine, a group that helps fund innovative, disruptive technologies in spaces that are not typically well funded. Kytopen was one of its first investments. “The Engine saw the broader vision of our platform,” says Buie. “They realized that manufacturing is one of the top three risks for therapeutic companies engineering cells. Only very recently have investment funds begun devoting money to delivery and manufacturing solutions. Thanks to the Engine we had a two-year head start.”

Kytopen launched with a business model that combined consulting services along with the FlowfectTM cell delivery solution. The company helps customers improve the efficiency of their entire development process from the bench to commercial product.

“Our technology uses automation and high throughput parallel engineering on a small scale to allow our customers to test a lot of different conditions and potential therapies up front,” says Buie. “Ideally this leads to a better group of therapeutic candidates that can advance to the clinic quickly. Our clinical system is exactly analogous to the bench system, which enables faster time to market. The vision is that on Monday you discover something new and by Friday you are scaled up for the clinic.” 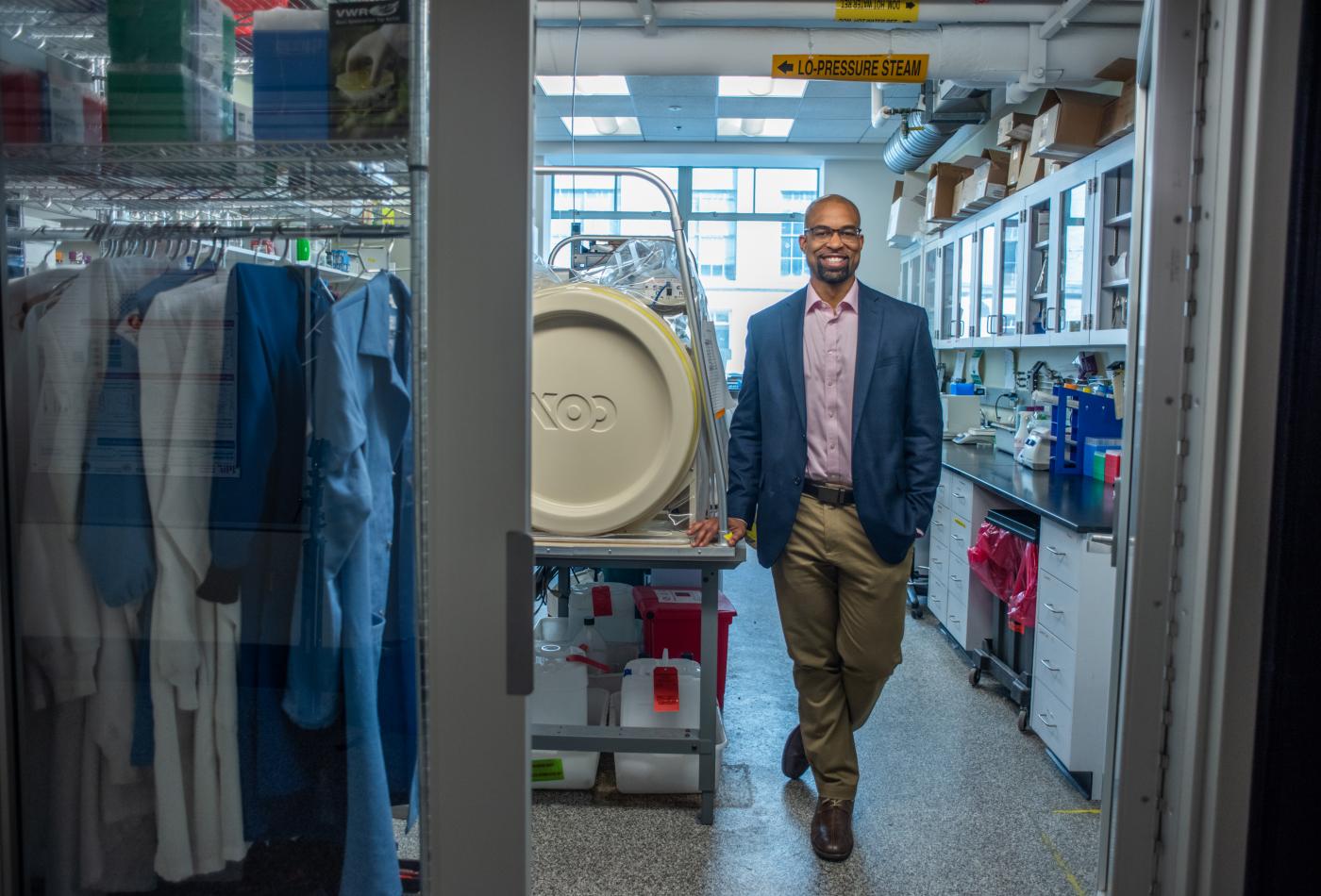