Bryan Bryson is an assistant professor in the Department of Biological Engineering at MIT and a member of the Ragon Institute of MGH, MIT, and Harvard. He explores the interface between macrophage and Mycobacterium tuberculosis with the ultimate goal of manipulating these cells therapeutically to fight tuberculosis infection.

The world’s current leading infectious disease killer has been around for at least 35,000 years, and we still don’t have an effective vaccine for it. In fact, it wasn’t until the nineteenth century that scientists agreed that tuberculosis (TB) wasn’t a genetic disease. By then, TB was responsible for the deaths of one in every seven people throughout history.

Today, the problem has been labeled an epidemic by the World Health Organization, and it infects nearly a quarter of the world’s population, causing approximately 1.5 million deaths every year. At Bryan Bryson’s lab in the Biological Engineering Department at MIT, the goal is to find a vaccine for this age-old disease. The keys to getting there, according to Bryson, are understanding, on a molecular level, how the immune system kills Mycobacterium tuberculosis (Mtb), the bacterium responsible for the disease, and from there, how to modulate the immune system to target infected cells.

I’m trying to choreograph the immune response in a way that is productive for human survival.

One of the critical players during infection is the macrophage, an innate immune cell that is among the first to encounter Mtb. Bryson explores the viewpoint of both the bacterium and the macrophage to understand what factors drive the outcome of infection using new technologies and classical approaches.

But clinically, TB is highly variable. Not everyone who inhales the bacterium dies or even develops a full-blown infection. Even within one patient, sites of infection can have different outcomes. On a cellular level, it’s a black box. Nobody knows what happens once the bacterium is engulfed by the macrophage. “We don’t know how the cellular digestive system works,” says Bryson. “How does the immune system take this bacterium that you’ve ingested and destroy it before it destroys you? That’s the big question I pursue to this day.”

Bryson’s work bridges the gap between the biological sciences, the engineering sciences, and the computational sciences, drawing from a diverse array of systems biology to help characterize the immune response to TB at scale. Casting a wide net and using a broad approach affords him a whole new set of strategies to frame the problem. 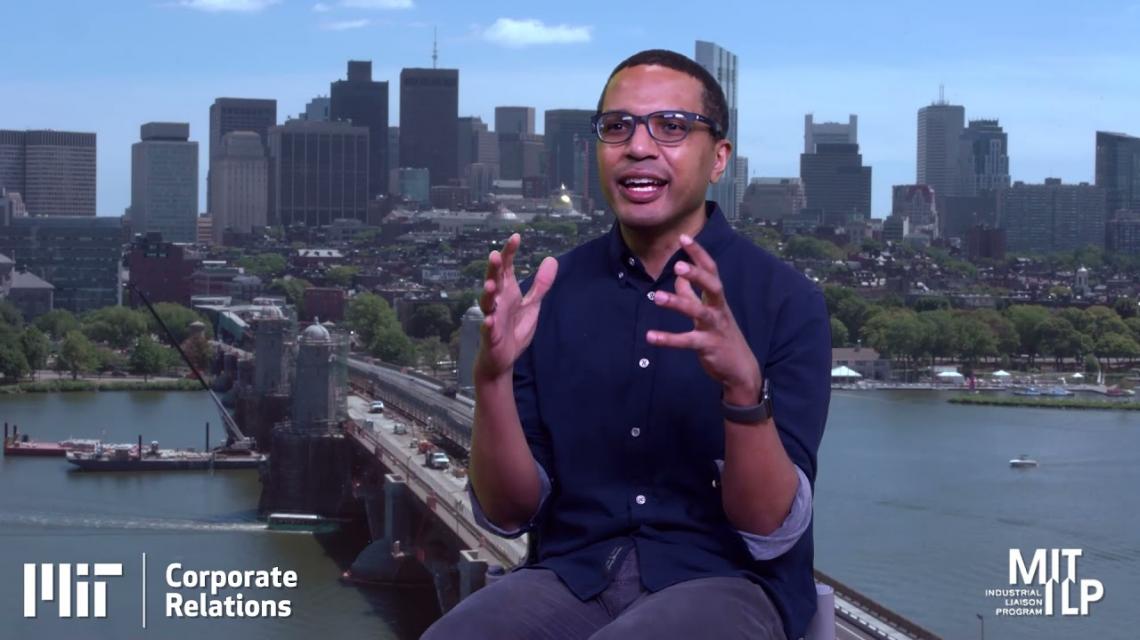 One way his lab seeks to generate and identify new hypotheses that could lead to a vaccine is by developing algorithms that can be reused with publicly available, high-throughput datasets. While infectious disease experts tend to fixate on their area of interest, drilling down to get as much depth as possible, Bryson has recently taken the opposite approach, pulling back to get a bird’s eye view of the entire immune ecosystem of the lung, the organ where TB usually takes up residence.

By feeding data about coronavirus, lung cancer, fibrosis, as well as TB to their algorithm, Bryson and his lab were able to characterize common features of the immune response across a variety of pathologies. By comparing many different immune responses to specific infections, they gained insight into the general properties of immune response, which they can then apply to the particular case of TB.

“We study tuberculosis,” explains Bryson, “but what we really study is the immune system, and we are active contributors in that space.” Repurposing data, devising novel approaches, and utilizing a wide array of tools, Bryson combines classical ideas with cutting-edge technologies on his quest to better understand immune response. And he’s a big believer that tools become more useful and powerful when they are shared, which is why he makes all of his lab’s work available on preprint servers.

The breadth and creativity of his research are evidenced by a recent paper he co-authored on the ability of viruses to mutate and evade the human immune system. Otherwise known as viral escape, the process has long been a confounding obstacle to antiviral and vaccine development. Bryson likens viral escape to taking a sentence and changing a single word or even letter in that sentence. He uses the example of "the boy pats the dog." Substitute an "e" for a "p," and you have "the boy eats the dog." Still grammatical, completely different meaning.

Today, this distributional theory of semantics is used by machine learning algorithms to predict the words we text and email (think autocorrect and Gmail’s word prediction feature). Bryson and his colleagues leveraged this concept of semantics, combined with state-of-the-art machine learning algorithms, and applied it to an entirely different problem: predicting immuno-acid mutations to viral proteins that allow for viral escape.

I use tuberculosis as my core problem of interest, but the paradigms learned by understanding how to modulate the immune system are applied across a host of different systems.

By examining publicly available viral sequences for various viral proteins (e.g., coronavirus, influenza, HIV), they were able to identify escape mutations as those that preserve viral infectivity but cause a virus to look different to the immune system. In other words, still grammatical, completely different meaning. Their findings are being used to identify targets for cancer vaccines that stimulate the body’s immune system to destroy tumors. They could also be used to design small-molecule drugs that might be useful in finding a TB vaccine.

Bryson likes to say that a good question goes a long way. His big question has brought him to the point where he’s confident his lab will produce at least two vaccine concepts for TB in the next ten years, perhaps even sooner. Along the way, he’s helping to solve other issues around manipulation of the immune system that are widely applicable. “I use tuberculosis as my core problem of interest, but the paradigms learned by understanding how to modulate the immune system are applied across a host of different systems,” he says. Tuberculosis is not a solved problem here in the US, or anywhere else in the world. And recent disease events like the Ebola outbreak and the coronavirus pandemic demonstrate that infectious diseases can travel and wreak havoc. Proof positive that Bryson’s exploration of the interplay between pathogens and the immune system, the cellular choreography, as he puts it, goes far beyond the poetic.