Join the MIT Industrial Liaison Program for this webinar series to discuss the successes—and failures—of digital transformation from taking the right approach to squeezing the most value out of your data to embracing and maintaining the transformation. 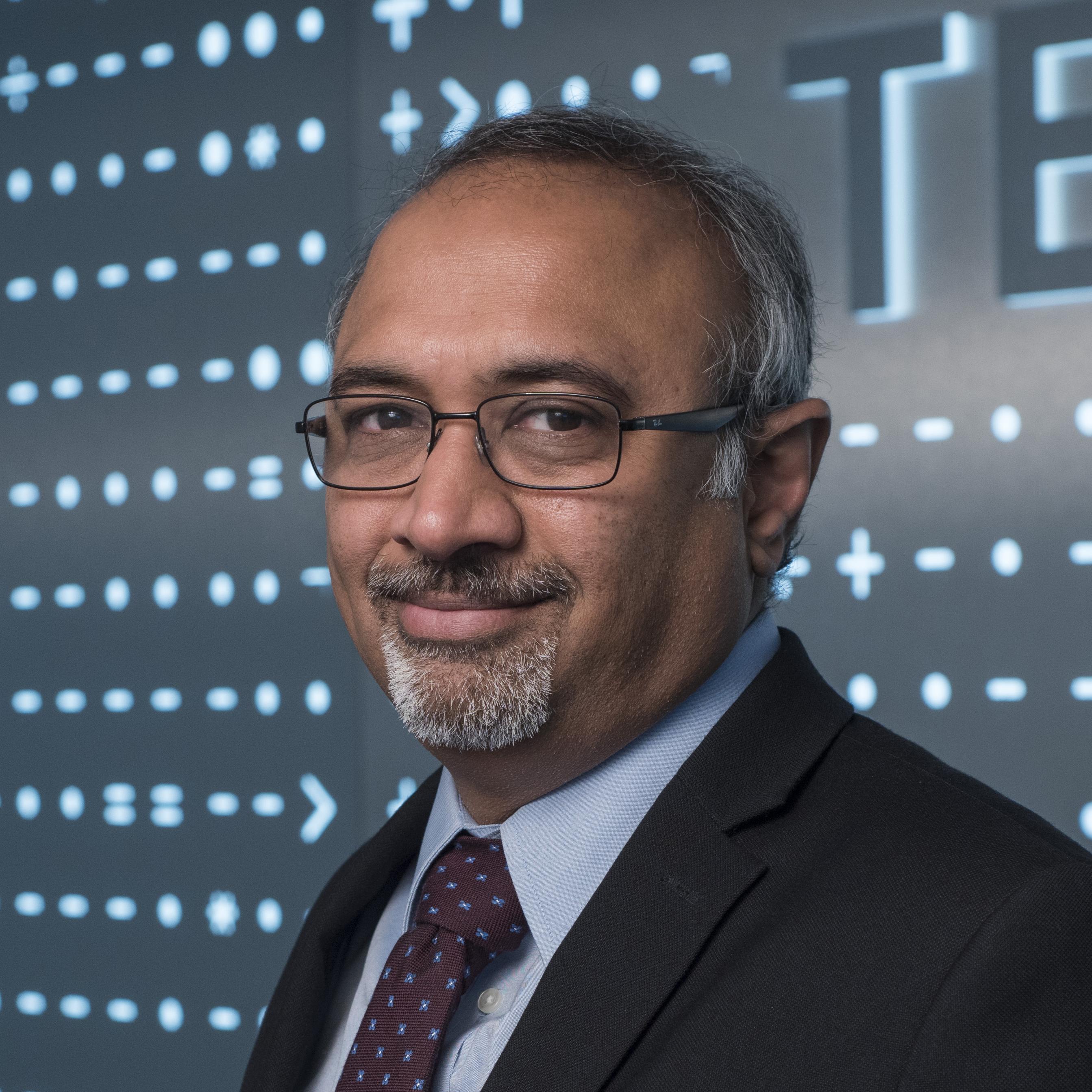 Sanjay Sarma is the Fred Fort Flowers (1941) and Daniel Fort Flowers (1941) Professor of Mechanical Engineering at MIT. He is the first Dean of Digital Learning at MIT. He co-founded the Auto-ID Center at MIT and developed many of the key technologies behind the EPC suite of RFID standards now used worldwide. He was also the the founder and CTO of OATSystems, which was acquired by Checkpoint Systems (NYSE: CKP) in 2008. He serves on the boards of GS1, EPCglobal and several startup companies including Senaya and ESSESS.

Dr. Sarma received his Bachelors from the Indian Institute of Technology, his Masters from Carnegie Mellon University and his PhD from the University of California at Berkeley. Sarma also worked at Schlumberger Oilfield Services in Aberdeen, UK, and at the Lawrence Berkeley Laboratories in Berkeley, California. He has authored over 75 academic papers in computational geometry, sensing, RFID, automation and CAD, and is the recipient of numerous awards for teaching and research including the MacVicar Fellowship, the Business Week eBiz Award and Informationweek's Innovators and Influencers Award. He advises several national governments and global companies.

Professor Sanjay Sarma is the professor of Mechanical Engineering at MIT. He is also the Vice President for Open Learning at MIT. He co-founded the Auto-ID Center at MIT and developed many of the key technologies behind the EPC suite of RFID standards now used worldwide. He was also the founder and CTO of OATSystems, which was acquired by Checkpoint Systems (NYSE: CKP) in 2008. He serves on the boards of GS1US and Hochschild Mining and several startup companies including Top Flight Technologies. In this webinar, Sanjay will discuss Digital Transformation in the Age of COVID.

Sinan Aral is the David Austin Professor of Management at MIT, where he is a Professor of IT & Marketing, and Professor in the Institute for Data, Systems and Society where he co-leads MIT’s Initiative on the Digital Economy.

He was the chief scientist at SocialAmp, one of the first social commerce analytics companies (until its sale to Merkle in 2012), and at Humin, a social platform that the Wall Street Journal called the first “Social Operating System” (until its sale to Tinder in 2016). He is currently a founding partner at Manifest Capital and on the Advisory Board of the Alan Turing Institute, the British National Institute for Data Science, in London. Sinan was the scholar-in-residence at the New York Times R&D Lab in 2013, and has worked closely with Facebook, Twitter, Snap, AirBnB, Yahoo, Jet.com, Microsoft, IBM, Intel, Cisco, Oracle, SAP, and many other leading Fortune 500 firms on realizing business value from big data analytics, social media, and IT investments.

Sinan’s research has won numerous awards including the Microsoft Faculty Fellowship, the PopTech Science Fellowship, an NSF CAREER Award, and a Fulbright Scholarship. In 2014, he was named one of the “World’s Top 40 Business School Professors Under 40” by Businessweek.

Sinan is a Phi Beta Kappa graduate of Northwestern University, holds Master’s degrees from the London School of Economics and Harvard University, and received his PhD from MIT.

He enjoys cooking, skiing, and telling jokes about his own cooking and skiing. His most recent hobby is learning from his four-year-old son. You can find Sinan on Twitter @sinanaral.