Data Analytics: Solutions to the Pandemic

Join the MIT Industrial Liaison Program for a webinar on Data Analytics: Solutions to the Pandemic, featuring the ongoing work of Professor Dimitris Bertsimas and Professor Simon Johnson.

As part of the COVID-19 Policy Alliance, Professor Johnson and team have rapidly produced actionable data intelligence and operational recommendations that can help governmental entities and organizations make better policy decisions regarding the healthcare system and economy.

Print Agenda
11:00am - 12:00pm
Returning to ‘Normal’ via Targeted Lockdowns and Personalized Treatments: An Analytics Approach to COVID-19
Dimitris Bertsimas 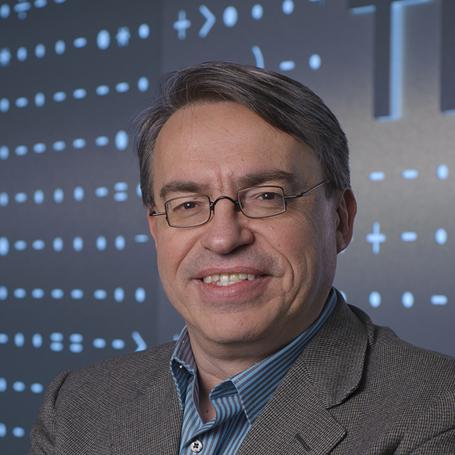 Dimitris Bertsimas is the Boeing Professor of Operations Research, the codirector of the Operations Research Center, and faculty director of the Master of Business analytics at MIT. His research interests include optimization, machine learning and applied probability and their applications in health care, finance, operations management, and transportation. Bertsimas has coauthored more than 200 scientific papers and four graduate level textbooks. He is the editor in Chief of INFORMS Journal of Optimization. He has supervised 67 doctoral students and is currently supervising 25 others. Bertsimas is a member of the National Academy of Engineering, an INFORMS fellow, and has received numerous prestigious research and teaching awards. He holds an SM in applied mathematics and a PhD in operations research from MIT.

Professor Dimitris Bertsimas will discuss his group’s contributions to the COVID-19 crisis using analytics. His group has developed models to predict state by state infection and mortality rates based upon each state’s policy decisions, and models to predict infections without testing, as well as mortality risk of those who are admitted to hospitals with the disease. Dimitris Bertsimas is the Associate Dean of Business Analytics, Boeing Professor of Operations Research, and faculty director of the Master of Business Analytics at MIT and has started several companies, authored many books, and mentored hundreds of graduate students. Below is further information on the event, and we look forward to your participation.

In a few short months, COVID-19 has devastated communities around the world. Dimitris Bertsimas will present the ongoing  work of his group of 25+ PhD and Masters students and colleagues at MIT (http://www.covidanalytics.io/team) on a variety of aspects of COVID-19 as detailed at covidanalytics.io. The website contains many downloadable models and data.

Simon Johnson is the Ronald A. Kurtz (1954) Professor of Entrepreneurship at the MIT Sloan School of Management, where he is also head of the Global Economics and Management group and chair of the Sloan Fellows MBA Program Committee. He cofounded and currently leads the popular Global Entrepreneurship Lab (GLAB) course – over the past 16 years, MBA students in GLAB have worked on more than 500 projects with start-up companies around the world.

He also works closely with Joi Ito, head of MIT’s Media Lab, on the Digital Currency Initiative (DCI). Specifically, Johnson supervises research projects related to blockchain technology, and teaches a course (with Michael Casey and Brian Forde) on this fast developing business sector. Johnson is not an investor in bitcoin or any bitcoin-related startups, but he works closely with MIT students and others who want to build better companies.

Johnson is a senior fellow at the Peterson Institute for International Economics in Washington, D.C., a cofounder of BaselineScenario.com, and a member since inception of the FDIC’s Systemic Resolution Advisory Committee. In July 2014, Johnson joined the Financial Research Advisory Committee of the U.S. Treasury’s Office of Financial Research (OFR); he chairs the recently formed Global Vulnerabilities Working Group.

Johnson has been a member of the private sector Systemic Risk Council since it was founded by Sheila Bair in 2012; this group is now chaired by Sir Paul Tucker. From April 2009 to April 2015, he was a member of the Congressional Budget Office's Panel of Economic Advisers. In March 2016, Johnson was the third Distinguished Visiting Fellow at the Central Bank of Barbados.

“For his articulate and outspoken support for public policies to end too-big-to-fail”, Johnson was named a Main Street Hero by the Independent Community Bankers of America (ICBA) in 2013. In April 2015, the Washington Examiner placed Johnson at #11 on their list of New Voices for 2015. In November 2015, Johnson joined the advisory council of Intelligence2 Debates.

Over the past seven years, Johnson has published more than 300 high impact pieces in the New York Times, Bloomberg, The Washington Post, The Wall Street Journal, The Atlantic, The New Republic, BusinessWeek, The Huffington Post, The Financial Times, and Project Syndicate.

“The Quiet Coup” received over a million views when it appeared in The Atlantic in early 2009. His book 13 Bankers: the Wall Street Takeover and the Next Financial Meltdown (with James Kwak), was an immediate bestseller and has become one of the mostly highly regarded books on the financial crisis. Their follow-up book on U.S. fiscal policy, White House Burning: The Founding Fathers, Our National Debt, and Why It Matters for You, won praise across the political spectrum. Johnson’s academic research on economic development, corporate finance, and political economy is widely cited.

From March 2007 through the end of August 2008, Johnson was the International Monetary Fund's Economic Counsellor (chief economist) and Director of its Research Department. He also helped to found and run the NBER Africa Project; four volumes are forthcoming from the University of Chicago Press.

Professor Simon Johnson will give an update on the progress of the COVID-19 Policy Alliance.  They have made incredible progress on rapidly producing actionable data intelligence and operational recommendations that can help governmental entities and organizations make better policy decisions regarding the healthcare system and economy.