Building Resilience for the Next Supply Chain Disruption

Building Resilience for the Next Supply Chain Disruption

James Rice is Deputy Director of the MIT Center for Transportation and Logistics. His research focuses on supply chain resilience, port resilience and supply chain security.

The great supply slowdown of the early 2020s has generated renewed interest in the topic of supply chain resilience – the practice of building a supply chain that can resist disruptions. As companies patch holes from shortages related to the Covid-19, many are wondering what will cause the next big disruption. Will it be another pandemic or a war, terrorist attack, cyber-attack, earthquake, or something unexpected. (An alien invasion might cause a bit of mischief.)

Yet, organizations should not focus too much time prepping for another pandemic or trying to handicap the next disruption, says MIT supply chain resilience researcher Jim Rice. Instead, they should build resilience to protect against any threat.

“We are seeing a recency bias in which people say we need to prepare for the next pandemic,” says Rice, Deputy Director for MIT Center for Transportation and Logistics. “But the next big disruption is probably going to be something else. My guess would be a cyber-attack, but nobody knows. It does not matter if you lost your factory because of a labor strike or a hurricane. You still need a plan to recreate your core capabilities. Resilience is not mitigation -- it is creating the capability to recreate lost capacity.”

Before the rise of the hyper-connected global supply chain, the impacts of disruptions tended to be more localized, says Rice. “But these days, most organizations have global suppliers and global customers, so any local disruption is likely to affect many more supply chains.”

Even today, most disruptions are more region and industry specific. Supply chain problems happen all the time, and they can destroy your business even if they don’t make the news. With extreme weather events on the rise, the likelihood of disruptions is increasing.

Supply chain slowdowns often have multiple causes, which further complicates recovery. “The pandemic was not the only cause,” says Rice. “This is an age-old problem that has become much more acute with Brexit and the US/China trade wars, and then erupted in 2020 with Covid.”

Even as Covid has faded, the Russian invasion of Ukraine and various climate emergencies have continued supply shortages. Underlying the current problems is a global semiconductor shortage, which has been caused more by soaring demand than by the pandemic.

“The semiconductor shortage differs in that it is a disruption caused by demand exceeding capacity,” says Rice. “It is not easy to fix because there is a long lag between the time you determine you need more capacity and the time you can create that capacity.”

One misconception is that the recent supply crunch has primarily been the result of shipping containers being in the wrong places at the wrong time. Although the combination of imbalanced trade between the US and China and the sudden emergence of Covid-19 helped snarl transport logistics, labor shortages have been more central to supply problems and are clearly the biggest challenge today, says Rice.

In 2020, entire industries were shut down for several months due to lack of workers. As Covid has become less deadly but more easily transmissible, there have been fewer shutdowns -- outside of China -- but continuing labor shortages.

“Covid cases continue to keep people out of work, and others are afraid to work near other people,” says Rice. “In some workplaces, social distancing requirements have limited the number of workers. There have also been disincentives to work caused by some government Covid direct relief programs.”

Labor shortages preceded the pandemic, especially in manufacturing, and are likely to continue due to trends such as the retirement of baby boomers. “Even pre-Covid, there was a dearth of people to fill all the roles in the supply chain,” says Rice. “Organizations are now investing more in identifying, acquiring, developing, and maintaining talent.”

Transportation logistics problems, caused in large part by Covid-related labor shortages, continue to be hampered by other issues such as trade disputes and an unregulated shipping industry. “The problems in the transport realm are like a combination of Whack-A-Mole and dominoes,” says Rice. “A problem shows up in one area and once you solve that, a different problem shows up somewhere else. Maybe you acquire more containers but then you don’t have enough chassis. And if you get a backlog of ships, you may run out of room to store the containers, so you may need more warehouses.”

Rice has identified seven core capacities that are typically lost during supply disruptions. “There is an infinite number of risks that can affect supply chain but only seven capacities that are lost,” says Rice. “These are acquiring materials, moving materials, converting materials or internal operations, ensuring the availability of resources, maintaining sufficient financial assets to fund operations, providing distribution channels to the customer, and communicating with partners and customers. Practitioners need to create Business Continuity Plans for each of these capacities, independent of the source of risk.” 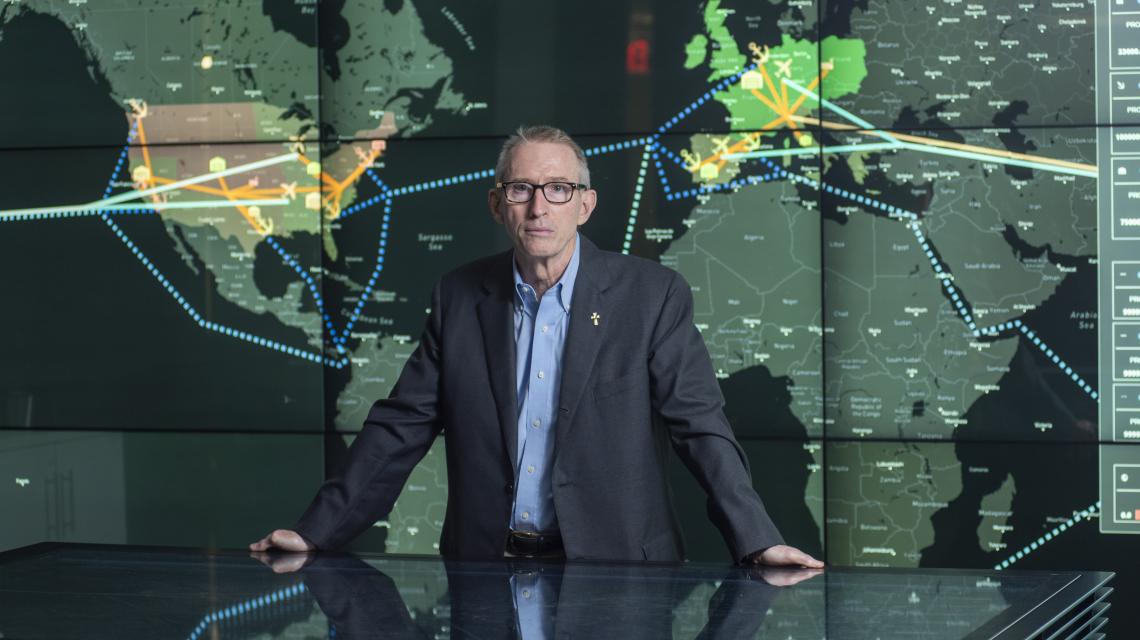 Most organizations have been too busy plugging holes caused by the supply slowdown to think about resilience planning, says Rice. “It has all been about survival and dealing with the aftermath. But now many companies are revisiting their supply chain design.”

Some companies that found themselves short of inventory in the recent slowdown have revisited their adoption of Just in Time production. Often, the best approach is to make selective exceptions to JIT, says Rice.  Over a decade ago, a company famous for its adoption of JIT elected to make one key exception, and it ended up paying off during Covid. The exception was for semiconductor chips and the company was Toyota.

“After the Sendai disaster in 2011, Toyota began to stockpile semiconductors,” says Rice. “They recognized a potentially critical problem if they lost access to these supplies. Toyota didn’t know there would be a pandemic in 2020, but they were prepared for an extended supply outage.” When the semiconductor shortage hit, Toyota had no constraints on production while their competitors eventually suffered shortages. In retrospect, you could say Toyota made a wise decision.”

Material recycling requires additional effort, but it can pay benefits by adding capacity

With increasing regulations and initiatives encouraging the circular economy, recycled goods can provide another source of localized supply in times of need. “Material recycling requires additional effort, but it can pay benefits by adding capacity,” says Rice. “It may be a small contribution, but it also results in a better utilization of Earth’s resources.”

One of the most common tools for strengthening resilience is to add redundancy via multiple supply sources. “If you have only one source producing in one location you are running a greater risk,” says Rice. “Having a second supplier is often a good idea. The right number of suppliers depends on your company’s risk appetite and whether the suppliers have multiple locations, which diversifies risk.”

Another approach is to contract for additional capacity with new suppliers based on contingency. “You can establish a contract in which they produce product at a lower rate but will increase capacity under certain conditions,” says Rice.

Contingency work, however, is usually billed at a higher rate, and having multiple suppliers adds to operational costs. “One of the downsides of having more suppliers is that you have to manage them,” says Rice. “With fewer suppliers, you can gain a greater economy of scale, more control over the suppliers, and usually a lower purchase price.”

To build resilience, some organizations are making the more radical shift of decentralizing production, a trend that predated the pandemic. “Over the past 10 to 15 years there has been a movement toward regional supply chains instead of always placing your production facilities in low-cost environments,” says Rice. “In many cases, facilities are being built closer to their markets.”

Decentralizing reduces risk and allows organizations to be closer to their customer, which often improves the service level. As usual with supply chain issues, however, there are tradeoffs. “Multiple facilities add to cost and require more inventory to maintain the same service level,” says Rice.

It is easier to decentralize supply than production, says Rice. “After the trade wars of 2018-2019, organizations began to look for production sources outside China. But it takes at least 18 months to build new facilities and up to 10 years to develop a robust local supply system. It is not easy to pick up and move unless you already have roots there.”

Flexibility in reconfiguring your resources can be just as important as redundancy in building resilience. Sometimes it is easier to change your products or operations than to change your supply.

“Organizations should invest in materials and production facilities that can be quickly reconfigured in the face of shortages,” says Rice. For example, food retailers confronted with a shortage of paper for bags recently changed to more minimalist packaging using different materials. The reverse happened in 2005 after Hurricane Rita knocked out refineries around Houston.

“After Rita, organizations faced shortages in petroleum-based packaging materials due to refinery disruptions, so they switched to paper,” says Rice. “But most did not have specs for paper packaging, so the change took time. This is where a flexible product design pays off.”

Quickly changing product lines “requires a workforce with multiple skills so that workers can be redeployed quickly,” says Rice. Yet, this is a challenge during labor shortages. “Some organizations are breaking their production process down into simple steps, which limits the training time for each worker. This makes it easier to quickly ramp up and scale down when needed.”

Improving communications with partners is always important, but particularly so during shortages. “Involving your customers and your suppliers in planning is critical,” says Rice. “You need to communicate changes in plans to customers and help them manage the impact and estimate sales. It is important to socialize the idea of resilience.”

Another boost for ecommerce

Organizations are increasingly turning to technology to strengthen their supply chain, including collaborative software, automation, and tracking systems. Automation and robotics can help with labor shortages, but they have limitations in high-touch manufacturing operations with many human workers, which are common in the US.

The major technological change inspired by recent labor shortages is far more established:  investments in ecommerce. “After the first Covid-related shutdowns, many organizations saw their brick-and-mortar distribution channels disappear,” says Rice. “To compensate, they shifted to ecommerce for order management and fulfillment.”

With each disruption, the complexity of the global supply chains becomes more evident, leading more organizations – and consumers -- to recognize the importance of resilience. “A silver-lining from Covid is that the general population now has a notion of the supply chain and has some appreciation for fully stocked shelves and purchase options,” says Rice. “Organizations still face the challenge of justifying investments in resilience when the return on investment is dependent on an uncertain event – a disruption. Yet, overall, we are seeing progress toward resilience, which can pay big benefits for companies that, like Toyota, planned ahead for a rainy day.”