Turning down the temperature

Turning down the temperature
carbon capture

One unavoidable byproduct of manufacturing is the generation of carbon dioxide, which has been implicated in rising global temperatures and changing climate patterns. There are options to prevent the gas from entering the atmosphere, or even to remove it directly from the ambient air, but whatever the process, traditionally it’s energy intensive, costly, and not every location has the necessary energy resources to support it.

One unavoidable byproduct of manufacturing is the generation of carbon dioxide, which has been implicated in rising global temperatures and changing climate patterns. There are options to prevent the gas from entering the atmosphere, or even to remove it directly from the ambient air, but whatever the process, traditionally it’s energy intensive, costly, and not every location has the necessary energy resources to support it.

T. Alan Hatton, professor of chemical engineering and director of the School of Chemical Engineering Practice, is working to expand the possibilities by looking to use different chemical interactions and power sources than are traditional for carbon capture. The result is something more modular and easier to incorporate into anything from a power plant to a desert to a city building. His technology is not the ultimate solution for the complex and sometimes controversial area of carbon capture and storage, he says, but it’s a viable component to make it more accessible, efficient and affordable.

Carbon dioxide is ubiquitous. It’s in power plant flue gasses and is a byproduct of steel and cement processing. And on a more local, less industrial level, it’s in any building. Hatton says that whatever the setting, his intent is to capture the CO2, either to reduce the environmental burden or to ensure physiologically acceptable levels for sustained human activity.

The traditional approach has involved an amine, a chemical that combines with the CO2 to form a complex. The amine is then regenerated by heating the solution, often with steam, and the CO2 is recovered as a pure stream that can be readily disposed of by subsurface sequestration in geologic structures, utilization in enhanced oil recovery operations, or as a feedstock for product synthesis. If there was one word to describe the process, it would be “intensive”, Hatton says. “It requires a lot of heat and energy integration.”

So far, the system has been “robust”, running for hundreds of hours without any issues, he says. The advantages are that integration into an existing plant is simple and steam is no longer needed for the reaction. All that’s required is an available electrical source.

His hope is to leverage a variety of renewable electrical energy sources to drive the separations. One of his projects, Electrochemically Mediated Amine Regeneration (EMAR), uses a solution with copper added to it, which binds with the amine and kicks off the CO2. The amine is then recovered for reuse by removal of the copper. The benefit of this formulation is that instead of heating up the amine from 50 degrees to 120 degrees Celsius, as would usually be the case, his process begins at the same starting temperature and doesn’t have to go much higher.

So far, the system has been “robust”, running for hundreds of hours without any issues, he says. The advantages are that integration into an existing plant is simple and steam is no longer needed for the reaction. All that’s required is an available electrical source. “It’s a plug and play process,” Hatton says.

It also offers versatility. It can be easily scaled up or down. It’s a modular setup in which individual parts can be replaced without compromising the overall system, thereby reducing maintenance costs. There’s no significant thermal mass involved, so there’s no significant thermal response time for heating up or cooling down. It can “operate on the turn of a dime,” being shut on or off quickly if there’s no need for capture, he says. It’s not only more affordable, but it can be put into places that couldn’t support a traditional system. 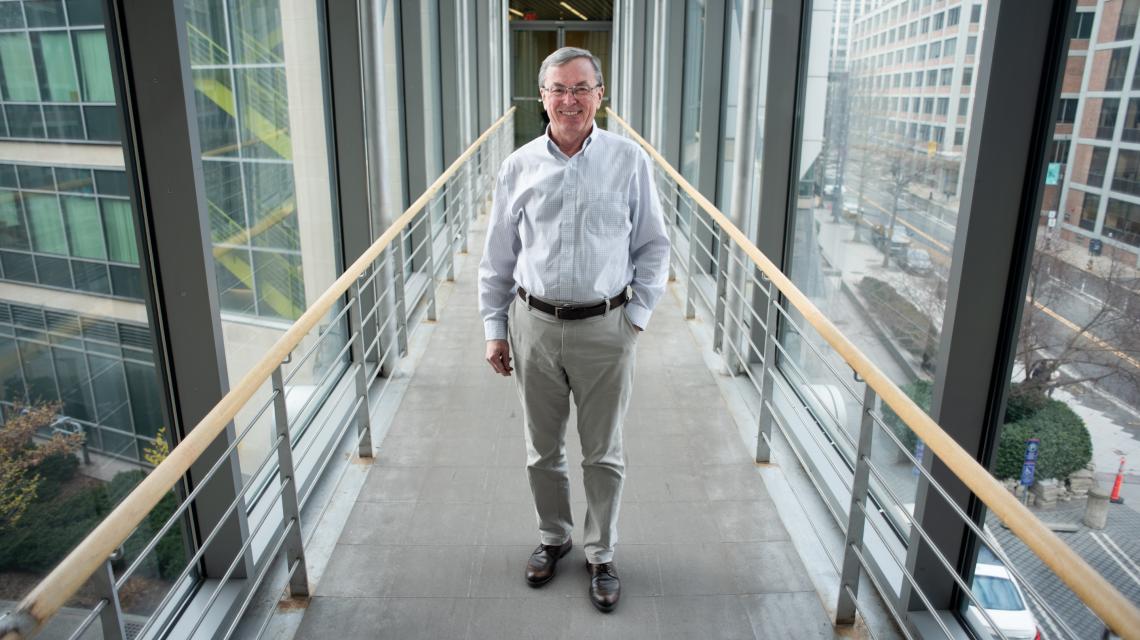 The next step in order to have wide usage is to have the system run continuously for thousands of hours without disruptions and to ensure that the amines remain chemically stable. While this is a modification of standard carbon capture and release, Hatton is also exploring a method that utilizes low voltages and different types of chemical interactions. One is a battery-type setup that has electrodes coated with quinones; with the application of less than one volt, the quinones can be activated and bind with the CO2. In the other electrode, something like a ferrocene molecule would be oxidized to give up its electrons for this reduction of the quinones. By reversing the voltage, the quinone-CO2 complex is oxidized and a pure CO2 stream is released that can be disposed of or utilized.

It’s another versatile, modular process, “a stand-alone type operation,” he says. Since it’s able to run off renewable energies like solar, wind and hydroelectricity, it can work in remote locations, like a desert, and the captured CO2 could be used as a feed stock or in the production of specialty chemicals or fuel. It could also be used in a distributed way in urban and vertical farming that needs captured CO2 for greenhouses. And in any kind of building, it would minimize the required number of air exchanges and reduce ventilation costs.

These upsides motivated Hatton to co-found his company, Verdox, to not only develop the quinones-based technology but also expand it past CO2 capture. One potential is sulfur dioxide, which is growing in importance because of maritime disposal regulations for ships around the world, and he says that his system can tailor the chemistry slightly and be more selective to be SO2-friendly.

Dealing with the heat

Another project is taking CO2 out of ambient air at less than 0.05 percent concentration. It’s a kind of direct air capture that’s controversial, Hatton says. Large pieces of equipment are needed – stacks that can be 10 meter high and kilometers long – as well as the necessary large land masses. There’s skepticism over what affect it would ultimately have, but it could go into remote areas because it only needs an electrical source, and solar could be one of them. “It won’t be a panacea,” he says. “But it certainly could play a role in mitigating some of the problems we have with CO2 and the environment.”

These new approaches could provide much needed versatility to address emissions. They can be captured not only at their sources, but also directly from the ambient atmosphere where CO2 has been accumulating over the decades.

While Hatton is trying to limit the need for high temperatures, in certain settings, such as coal-fired and steel plants, they’re unavoidable. Cooling has to take place, and there ends up being degradation in energy recuperation, with wasted heat and heat integration issues. He’s also looking at a way to capture CO2 – as well as other acid gasses – at high temperatures through solvents developed in his lab that are based on molten salts. They have the ability to absorb CO2 at high process temperatures, and because they can move like amine solutions, they can readily be transferred to a desorption column where the CO2 is stripped off, and the CO2-depleted salt can be returned to the absorption column. It could minimize heat integration issues and inefficiencies associated with traditional approaches in which gasses need to be cooled down prior to capture.

There are other smaller applications as well, ones that focus on buildings, submarines and spacecrafts. In these confined spaces, concentration levels must be maintained to be compatible with human activity. All the work ties to the common theme of more efficiently capturing acid gasses, and, for that, he’s optimistic. “These new approaches could provide much needed versatility to address emissions,” Hatton says. “They can be captured not only at their sources, but also directly from the ambient atmosphere where CO2 has been accumulating over the decades.” 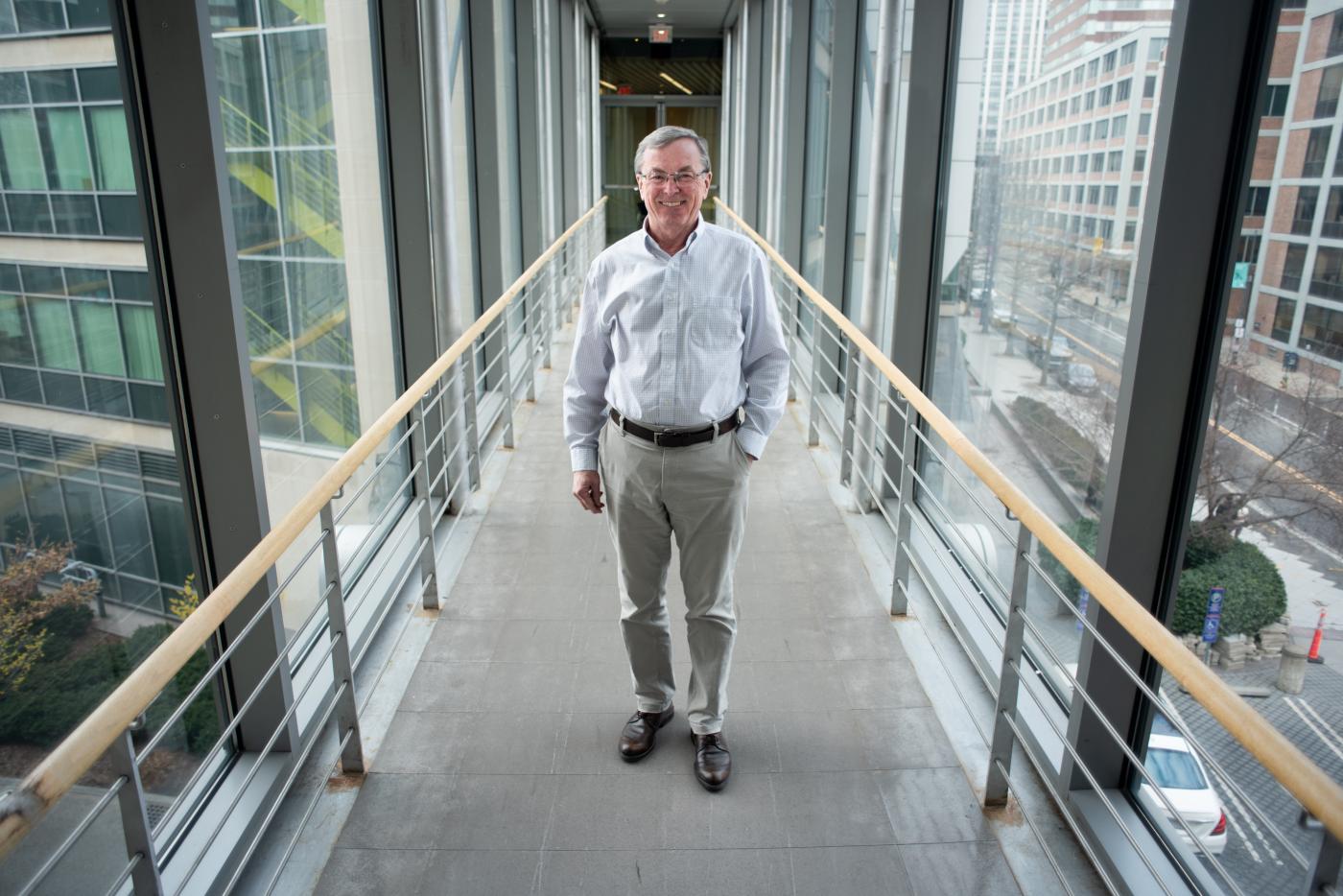