Will Oliver, Founding Director of the MIT Center for Quantum Engineering, is cultivating an ecosystem to make quantum-enhanced technologies a reality.

Today, quantum information science is transitioning from the lab to the real world, from scientific curiosity to technical reality. We’re talking about the sensing, communication, and computing of information using quantum mechanics to perform in ways that are practically prohibitive, maybe even impossible to do by classical means.

At the heart of this movement is the MIT Center for Quantum Engineering (CQE). Established jointly by the MIT Research Laboratory for Electronics (RLE) and MIT Lincoln Laboratory, its mission is to accelerate the practical application of quantum technologies for the betterment of humankind—bridging quantum science with engineering practices to develop quantum technologies.

Consider it the embodiment of the MIT motto, Mens et Manus: mind and hand. “The Center for Quantum Engineering combines the best of fundamental blue-sky research with a focus on building reproducible, reliable quantum systems for the real world,” says Will Oliver, Founding Director of MIT CQE. “While it’s important that we continue to advance the fundamental science around quantum information, if we want to realize the practical applications of quantum science, we must also develop the engineering side.”

The Center for Quantum Engineering combines the best of fundamental blue-sky research with a focus on building reproducible, reliable quantum systems for the real world.

MIT is particularly well suited to the task of quantum development. Its world-renowned engineering and science departments are staffed with experts across disciplines, and it is also home to Lincoln Laboratory, one of the US government's most capable semiconductor research and fabrication facilities. “To develop and demonstrate impactful quantum technologies, you need a university associated with a government lab,” says Oliver. “It’s a large part of why I came to MIT to begin with—the combination of foundational science and engineering expertise of a world-leading university with the real-world mentality and sophistication that an elite government lab provides.”

Oliver suggests that while there are a host of potential applications for quantum information across sectors—from finance and petroleum to automotive and pharmaceuticals—many of them boil down to optimization. Whether it’s scheduling, financial portfolios, finding a way to manufacture products at a lower cost, or routing the electronic circuits on a chip, everybody is trying to optimize something. “Optimization is ubiquitous, and this is one area where quantum computers hold substantial promise,” he says.

For years, wide-eyed researchers in lab coats played with qubits, in awe of their quantum mechanical behavior. But at some point, in the not so distant past, something changed. “We realized that these qubits actually work, and they can be aggregated into larger systems that form the basis for extensible quantum computers,” says Oliver.

Around this time, large enterprises got interested in building quantum computers to solve big challenges. It wasn’t long before companies went from dipping their toes in the quantum ether to jumping in full force. Oliver believes that if there was a tipping point, it might have been IBM's decision to launch its quantum cloud platform in 2016. Today, the excitement around quantum information science and technology has reached a fever pitch. 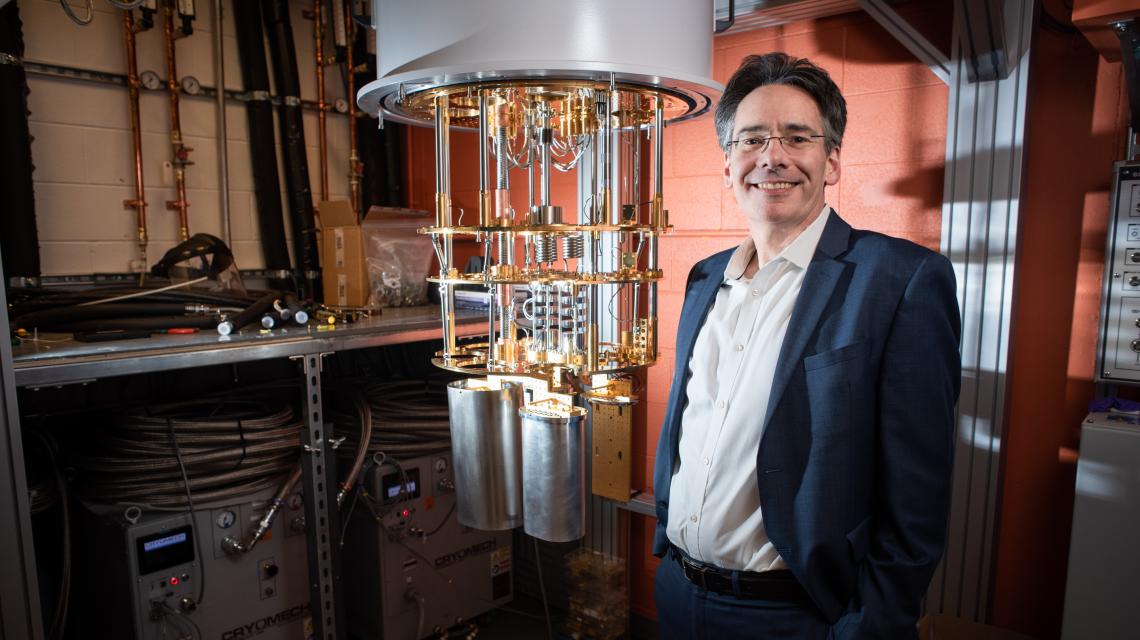 But Oliver suggests a historical perspective. The first transistor-based computers emerged in the 1950s; one step on a long road to realizing the power of our current conventional computers. “The hype masks the steady progress we've been making for the last 20 years,” says Oliver. I encourage companies to jump in now. There is so much intellectual property waiting to be generated, and you could be the one to generate it.”

This could very well be the next information processing revolution. If so, the first ones in will undoubtedly benefit. In 2018, the US government pledged $1.2 billion to advance quantum information science over an initial five-year period. The EU also launched a quantum master plan to the tune of $1.1 billion.

In 2018, the US government pledged $1.2 billion to advance quantum information science over an initial five-year period.

A lack of transparency with regard to funding of government programs in China makes it difficult to know exactly how many billions the Chinese government is spending in the quantum proliferation. But it’s clear that, like other nations, China recognizes what it could mean to dominate the impending era of quantum engineering. Consider the benefits reaped by the US due to its pioneering role in the information revolution.

Chief among the objectives of MIT CQE is to create an ecosystem to help translate fundamental science and engineering to enable real-world applications for quantum science. An essential aspect of this involves forming partnerships with industry and government via the Quantum Science and Engineering Consortium (QSEC).

QSEC helps companies to keep their finger on the pulse of the latest quantum developments. It includes blue-chip companies, startups, venture capital firms, and the government sponsor community. “QSEC is all-encompassing," says Oliver. “We’re working with key players from electronics, oil and gas, automotive, and the financial sector. Our goal is to create and foster the ecosystem necessary to make quantum computing a reality.”

QSEC members benefit from early access to the groundbreaking research being done at MIT. In addition to receiving regular newsletters to keep abreast of the latest quantum developments, they receive discounts on MIT xPro professional development courses and are invited to annual meetings and special recruitment events.

Members of QSEC can also customize a portion of their membership to a particular faculty member. If you have a business that’s interested in an area where quantum technology is expected to play a big role—optimization, sensing, secure communication, or the development of new materials, for example—QSEC will provide a direct link with faculty and students working on your area of interest.

Let’s pause for a moment to appreciate the fact that we’re talking about a new center dedicated to quantum engineering at the Massachusetts Institute of Technology. "In quantum information science and technology, MIT is unique among peers," says Oliver.

In quantum information science and technology, MIT is unique among peers.

In fact, MIT has played an essential role in the history of quantum computing. In 1981, MIT hosted a Physics of Computation conference. Today that occasion is known as the first conference on quantum computing. It was here that Richard Feynman would issue his clarion call to create a computer system based on a simulation of the laws that govern our natural world.

Heeding that call was Peter Shor, now a professor of applied mathematics at MIT. In 1994 he invented what might be the most well-known quantum algorithm, demonstrating a method for factoring exponentially faster on a quantum computer than the most efficient algorithm for a classical computer. The implication of Shor’s invention—of which there has been much talk lately—is that we may someday be able to defeat RSA encryption.

In addition to Shor, MIT boasts an impressive collection of scientists and engineers that have helped define the state of the art when it comes to quantum information science. People like Neil Gershenfeld and Ike Chuang, for example, are pioneers of quantum computing (Chuang even co-authored one of the leading textbooks on the subject). Meanwhile, Mike Sipser, Seth Lloyd, and Adam Harrow are widely recognized for their achievements in quantum algorithms.

Name an area and MIT luminaries have had a hand in driving the innovations. Quantum simulation with cold atoms: look no further than Wolgang Kettele, Vladan Vuletic, and Martin Zweirlin. Quantum computing with cold ions: John Chiaverini, Rajeev Ram, and Jeremy sage have reimagined the limits of the field. And, of course, MIT scientists including Danielle Braje, Paulo Cappellaro, and Dirk Englund have been pivotal to the advancements in quantum sensing.

These are just a few of the many leaders in quantum information science that you will find at MIT CQE. Not to mention Will Oliver, whose research on superconducting qubits with colleagues on campus and at Lincoln Laboratory helped lay the foundation for the Institute to develop the world’s most advanced fabrication process for superconducting circuits.

Quantum information science and technology is going to impact almost every area of our society in the future.

Together, the faculty, researchers, and students at MIT will drive quantum engineering forward. “MIT is a special place,” says Oliver. “There are very few institutions in the world, if any, where you have so many of the leaders in quantum information science gathered under one roof. Quantum information science and technology is going to impact almost every area of our society in the future. Part of our purpose at MIT CQE is to help companies differentiate between hype and reality. We encourage companies to come to MIT to talk with us about the problems they have. Let us introduce you to the range of expertise and technologies we have here. Let us help you to become part of the solution.” 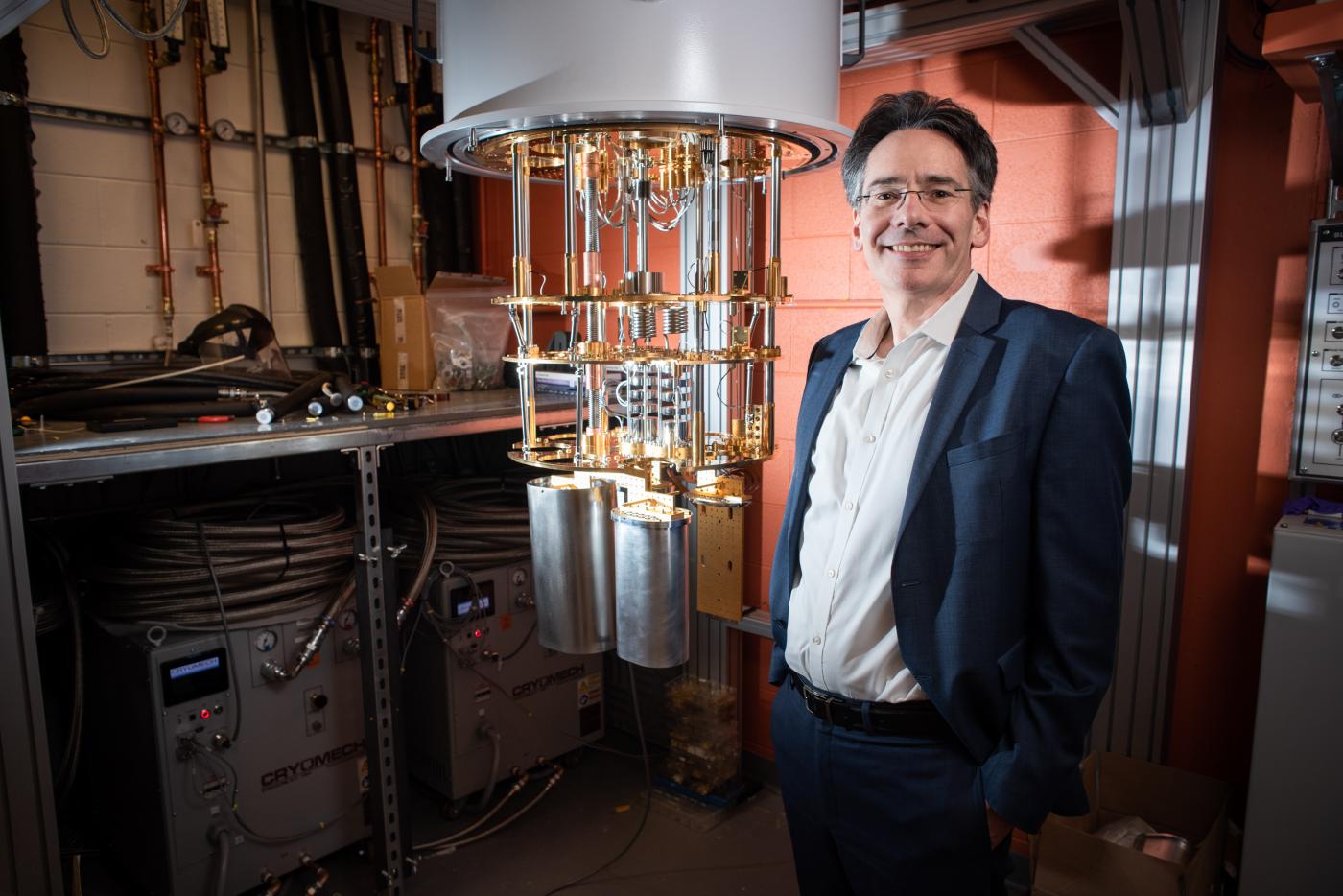