Associate Professor of Aeronautics and Astronautics

Associate professor of aeronautics and astronautics Kerri Cahoy develops technology for satellites on the nanosatellite scale for swarms of satellites with the ability to work together.

Kerri Cahoy develops technology for satellites. But instead of traditionally large platforms, she works on the nanosatellite scale, and rather than just having one system in space, she wants to have swarms of satellites with the ability to work together. The associate professor of aeronautics and astronautics does this work in her lab with the use of lasers, microelectromechanical systems (MEMS), and sometimes even liquid lenses and amateur telescopes. “The smaller satellites open up possibilities,” she says. Costs can be lower but coverage can be wider. And best of all, the network remains robust in its ability to transmit data, make Earth observations, and support a range of applications, including tracking weather, monitoring climate change, providing reliable cell phone signals, and bolstering the growing industry of connected and automated services.

Working on the small scale for big results

Cahoy has several nanosatellite projects coming out of her lab. One, the NASA-sponsored CLICK mission, or CubeSat Laser Infrared CrossLink, is actually two missions with three nanosatellites. CLICK-A will use one nanosatellite to do a downlink to Earth using a MEMS to more precisely point the laser communications beam. For CLICK-B/C, two nanosatellites will crosslink to and from each other, with a new a chip scale atomic clock technology that enables precision timing and ranging.

The benefit is that weather and cloud coverage become less of a concern, because you can always transition to a location where there’s a good downlink.

The CLICK spacecraft is being assembled for testing, with scheduled launches in 2021, and  Cahoy says that the laser communications terminals in use will provide two particular benefits. They’ll be able to send large amounts of data to neighboring nanosatellites and be able to determine the distance between the two down to centimeter level, enabling coordinated measurements. This project also incorporates low-cost amateur astronomy telescopes as ground receivers, which will allow more stations to be fielded. “The benefit is that weather and cloud coverage become less of a concern,” she says, “because you can always transition to a location where there’s a good downlink.”

Another project turns the nanosatellite into a miniature telescope. The DARPA-sponsored Deformable Mirror Demonstration (DeMi) mission launched to the International Space Station in February 2020, and will be deployed in the summer of 2020. The intent will be to test how well a 140 actuator count MEMS deformable mirror works in orbit. This would be an essential piece of information since these mirrors are not only useful for Earth observations, but also as an enabling technology for astrophysics science in their ability to enable direct imaging of exoplanets.

One satellite project that Cahoy’s particularly excited about is being built by undergraduate and graduate students. The system will demonstrate both Earth observation imaging as well as propulsion, a key capability in the maintenance and configurability of nanosatellite constellations. Both visible and infrared cameras are part of the payload, and the potential pictures, for example, could help measure the impact of climate change on coastal regions’ sea surface temperatures and colors. The propulsion system demonstration involves a new product from an MIT-spinoff company, Accion Systems, an ion-electro spray unit, furthering the ability of satellites to move and coordinate with each other in making observations. 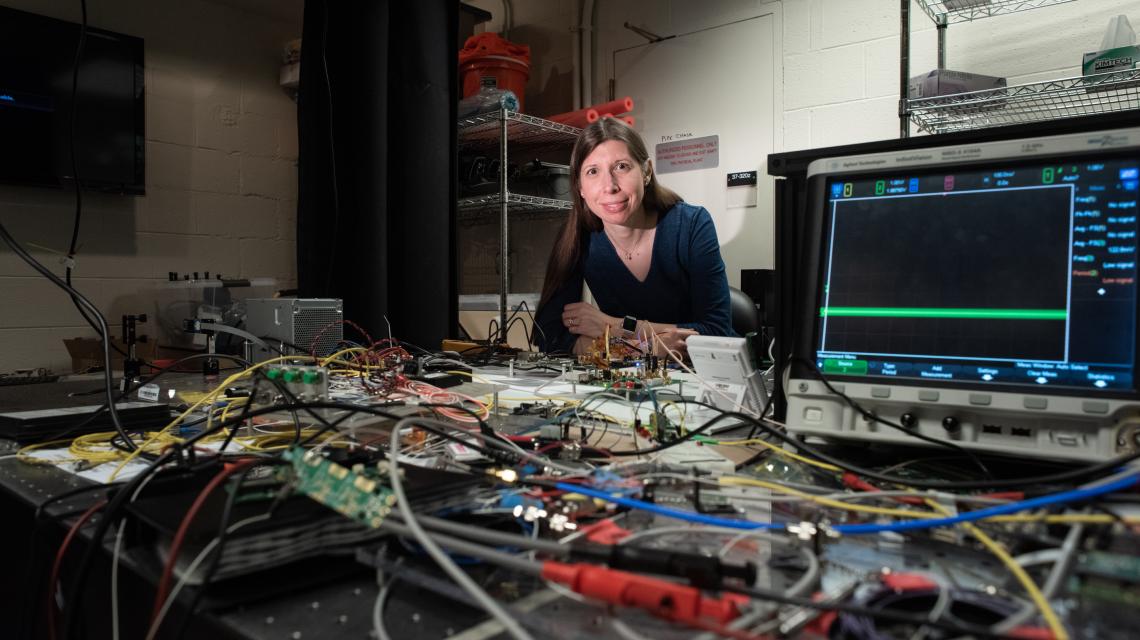 The ways the technology is in play

Smaller satellites bring certain benefits. First is the cost. “Instead of a billion dollars, they’re more like a million dollars,” Cahoy says. After that, it’s the potential applications. In a traditional platform, one large satellite orbits around the Earth, takes pictures of whatever is underneath, and typically does not return to the same location for a few days. With swarms of nanosatellites, there’s more coverage. Observations can be scheduled, data can be routed, and performance can be optimized, without the need for human intervention. And with the ability to revisit the same spot quickly, it becomes especially helpful with monitoring natural disasters, weather patterns, or any event that would require a rapid response, she says.

But as Cahoy adds, not all of the uses are readily apparent. Human transportation, travel and entertainment will increasingly rely on automated systems to transport goods and services. Over long ranges, these systems will be dependent on space-based assets for both navigation and the media/communications that will crunch supporting data. And one byproduct of autonomous vehicles is that people who are using transportation in new ways will have more time on their hands and will want to be productive. The question becomes, “What are you doing with your travel time, and where are you getting that high bandwidth data to consume and distribute?” she says.

Satellites will help, especially in less dense areas. In the demand for higher bandwidth, the solution is often moving to a higher frequency. “When you do that, you get inherently higher loss,” she says. The solution is often building up the existing infrastructure by placing transmitters and receivers closer together and cranking up the power. But Cahoy says that there’s an opportunity to more seamlessly integrate space- and ground-based platforms. Fundamentally, people want to go anywhere and have their cell phone and Wi-Fi work. The network with space-based technology is more robust and accessible, particularly because it’s less vulnerable to weather or natural disasters taking out towers and ground infrastructure.

Networked space-based technology could be useful even for more commercial or services-based realms.

Networked space-based technology could be useful even for more commercial or services-based realms. For example, insurance companies monitor for risks and robustness of properties; weather can have a significant impact. Retailers interested in competition or in supply chain logistics might want to monitor customer behavior or driver activity, which can be done by looking at parking lot trends throughout the day and through different seasons.

Whatever the use, Cahoy says that having an industry partner to work closely with is vital in order to develop, innovate, and produce valuable applications using nanosatellite technology. Cahoy and her team can do the research and develop one or two prototype units, but resounding proof comes from having platforms of dozens or thousands of nodes. “We do need a lot of partnership in the scaling up and getting some of the ideas that work in demonstration here out there and applied to commercial products and services,” she says. 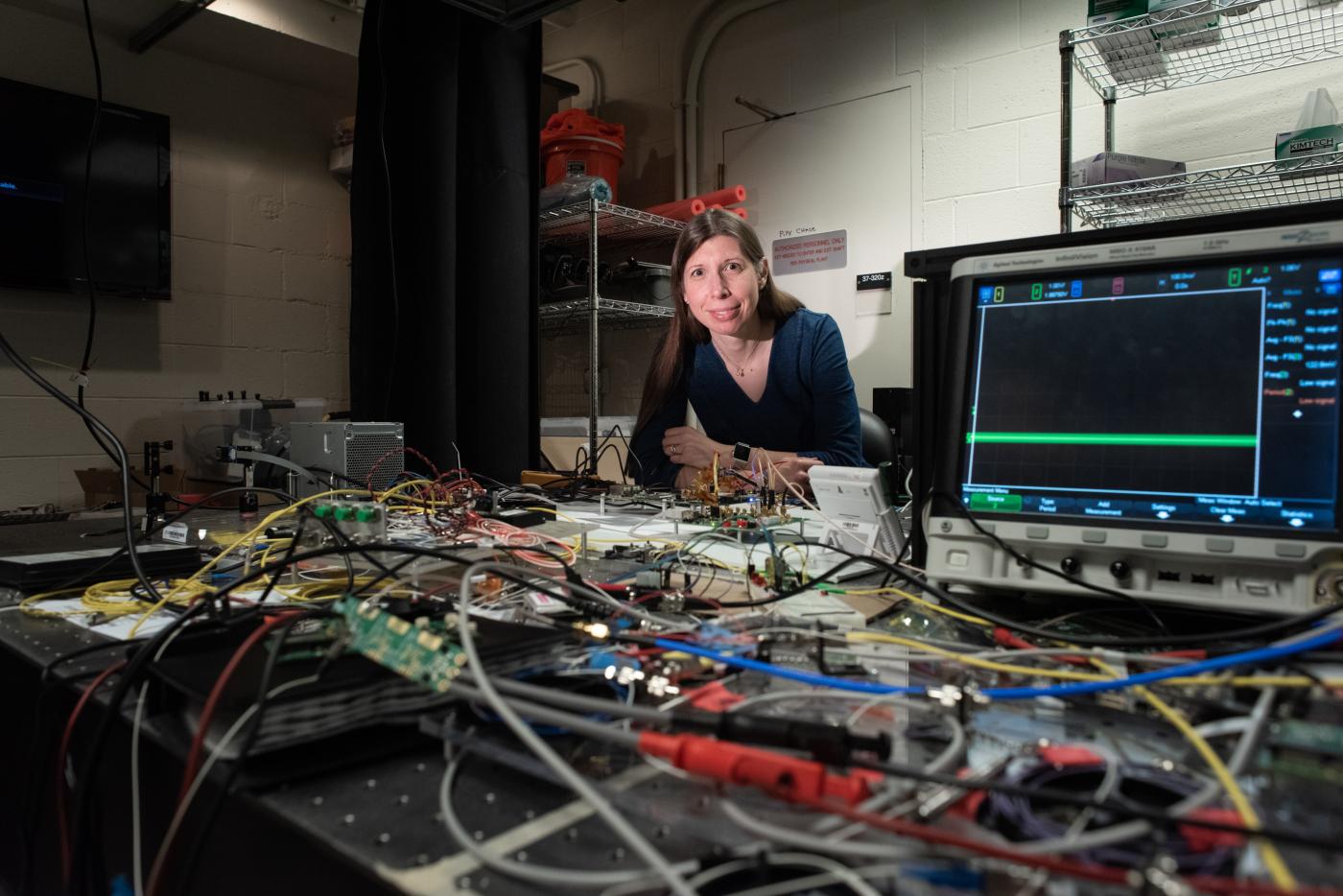