There’s no monopoly on innovation

There’s no monopoly on innovation
innovation

MIT Sloan senior lecturer Dr. Phil Budden helps large organizations develop strategies to get on the right side of innovation—for their own sake, and for the sake of their local innovation ecosystems.

Innovation: the process of taking an idea from inception to impact.

That’s how the MIT Innovation Initiative (MITii) defines this buzziest of buzzwords. MIT has no monopoly on the definition, but this is a simple, all-purpose one that’s proved helpful to a shared understanding of the energy so many companies, municipalities, and industries are eager to harness.

For Dr. Phil Budden, senior lecturer in tech innovation, entrepreneurship, and strategy (TIES) at the MIT Sloan School of Management, the key word in that definition is “process.” Seeing a great idea successfully through to impact requires careful leadership and management and involves a variety of stakeholders, not only the start-ups and would-be disruptors that many people associate with the innovation economy.

Closing the Loop on Innovation

Budden focuses much of his writing and teaching on innovation in large organizations, in both the public and private sectors. Start-ups unencumbered by legacy systems or legacy customers can explore innovation at the horizon in ways that large corporations find much harder, he says. But start-ups may lack the business experience, historical data, and customer relationships that large organizations have.

Bringing the two sides together takes some strategy and leadership. “It’s not always that the start-up enterprise is trying to disrupt the large one intentionally. Often, they're tackling the same problem with very different solutions,” he says, but “innovation is not going to happen in [a corporation] the same way as it does in entrepreneurial start-ups.”

The first challenge for corporate leadership is to begin to engage with start-ups and the entrepreneurial teams who drive them. These innovators will have new ways of looking at old problems and may be exploring new solutions.  Events like demo days and hackathons can facilitate connections and create a space to share ideas. MIT’s Industrial Liaison Program (ILP) also organizes the MIT Startup Exchange (STEX) to introduce its corporate members to cutting-edge MIT start-ups.

The second, and arguably more critical, challenge is closing the loop, and bringing innovations from the frontier into the corporation so as to have a positive impact on business as usual (BAU).

Authentic innovation doesn’t happen by itself, but it can be planned for.

“Once [large organizations] discover interesting insights, they need to think about bringing those into the organization in an authentic way that doesn't immediately raise the antibodies of the legacy business as usual,” or make internal teams like R&D or engineering uneasy, Budden says. This requires deft management and leaders who model their support of innovative thinking. Otherwise, internal resistance—whether in the form of a “not invented here” mindset, in-group bias, or conceptual conservatism—can lead to corporate stasis.

A manager from the financial group PI Chile uses a nautical metaphor to illustrate his company’s experience with this integration process in a 2018 case study from MIT’s Center for Information Systems Research (CISR): “The big ship [the legacy corporation] has the clients and has the relationship with clients. The guys on the Zodiac [external startups as well as “intrapreneurs”] don’t have that, but they are agile. We are trying to get the best of both worlds, so that everything they learn from their experiments gets communicated, and the big ship learns from it.”

Authentic innovation doesn’t happen by itself, but Budden insists that it can be planned for, developed, and supported like any other in-house program.

Corporations and start-ups are only two components of the innovation landscape. When it comes to innovation and economic development, “people used to talk about public–private partnerships: government and corporations. And then they added the university to create the so-called triple helix.” But more players are needed to foster technological innovation in the 21st century. The model for corporate innovation that Budden evolved with MIT Sloan professor Fiona Murray is a five-stakeholder innovation ecosystem framework that adds entrepreneurs and their risk capital providers to the “triple helix” of government, corporates, and universities. 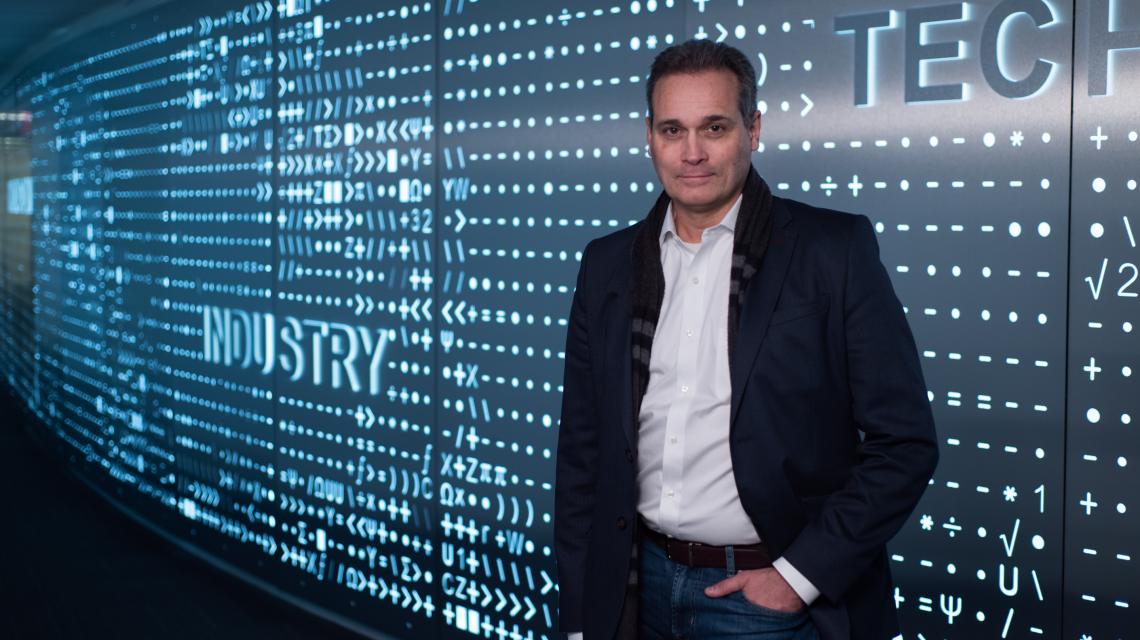 The entrepreneurial elements of this ecosystem bring freshness, agility, nimbleness. “They see the world differently than someone from an incumbent enterprise,” Budden says. While the entrepreneurs may be more visible (or vocal), the risk capital providers are crucial and can include everyone from the early, “3F” investors of “friends, family, and fools,” through serial entrepreneurs turned angels and traditional Silicon Valley venture capitalists (VCs), to larger providers of private equity or venture debt. Universities and government can play a risk capital role as well, by funding grants, competitions, and prizes.

Just as successful corporate/start-up partnerships require authentic integration of new ideas and different capabilities, so too does the broader innovation ecosystem in a region. To foster a healthy and diverse innovation economy, it’s necessary to understand the role that each of these stakeholder categories plays—including how those roles differ from region to region.

What works in Louisville may not work in Lima or Lagos. MIT REAP tailors its innovation frameworks to meet regional needs.

“Ecosystems are very place-specific,” Budden says. That fact is at the core of MIT’s Regional Entrepreneurship Acceleration Program (REAP), a two-year learning engagement that Budden helps facilitate for MIT Sloan’s Global Programs. The faculty behind MIT REAP has worked with teams from more than 50 regions around the world. Each team must include representatives from all five stakeholder groups, who work together over a two-year period to develop programs and policies to advance their region’s own innovation ecosystem.

The strength of the MIT REAP approach is its flexibility: “We can really tailor these frameworks to what participants’ local challenges are.” What is successful in Louisville, Kentucky, can’t be replicated wholesale in Lima, Peru. Rural areas have different strengths than urban regions. Emerging markets have challenges that more advanced economies don’t.

Corporate Innovation Matters Beyond the Company

The intertwined fates of Polaroid and Kodak provide a cautionary tale about what can happen when legacy corporations don’t “get on the right side of innovation,” as Budden puts it. They also offer a lesson in the importance of corporate innovation and a well-balanced innovation ecosystem.

Kodak and Polaroid “were two fabulous 20th-century companies that were really good at producing chemical film,” he notes, “but they also developed digital photography.” Their limitations were not technical. Rather, leaders at both companies were too afraid of losing ground to their competitor in the chemical photography space, so they neglected to push their digital technologies forward. In the meantime, new competitors leapfrogged both companies in the digital space and, by the early 21st century, both Kodak and Polaroid declared bankruptcy.

The innovation failure was not a lack of good ideas or the talent to execute on those ideas, it was a failure of corporate management and leadership. "Both of these companies invented the future technology, but then failed to develop it because they were so worried about optimizing the same old, same old,” Budden says.

The collapse of Polaroid was a tragedy in Greater Boston, but the region had other strong sectors including universities, hospitals, and biotech that helped cushion the blow to the local economy. “The failure of Kodak's leadership had a regional impact,” says Budden, “because Rochester, New York, has never really recovered.”

Budden advises corporate leaders that focusing too narrowly on business as usual (BAU) puts not only their company and their career at risk, but also their community. “There’s a real imperative to getting good at innovation, especially as it accelerates toward us in the 2020s.”

Putting it into Action

Corporate leaders interested in learning more about the innovation ecosystem approach, and developing their own capacity for internal innovation, can gain insights in two 2-day Executive Education courses that Budden co-teaches on campus and on site.

Innovator’s DNA, taught with Hal Gregersen (co-author of Innovator's DNA: Mastering the Five Skills of Disruptive Innovators), gives participants insights into how they can cultivate a more entrepreneurial mindset “and therefore make their organization more innovative from inside,” Budden says.

In Innovation Ecosystems, Budden and Fiona Murray explore a new approach to how a corporation or any other large organization (including in the public sector) can benefit from (and contribute to) their regional ecosystem as well as “how it can draw on the other stakeholders, say, how a corporation in a particular place could draw on its local universities and its local start-up entrepreneurs.”

For those who cannot make it to the MIT campus, Budden and Murray also offer an online Corporate Innovation course as a six-week, self-paced introduction to these key concepts that nonetheless fosters lasting networks as participants around the globe work together.

Aspects of the above materials from Budden and Murray will also be available for firms that join the MITii’s new Corporate Innovation Program, which promises a unique, in-depth opportunity for corporate engagement with MIT on innovation through a year-long immersive experience for global firms from diverse industries and geographies.

And finally, for those seeking a longer, hands-on learning engagement focused on their regions, MIT REAP admits a cohort of up to eight multi-stakeholder teams annually, from regions around the world, for the two-year program. 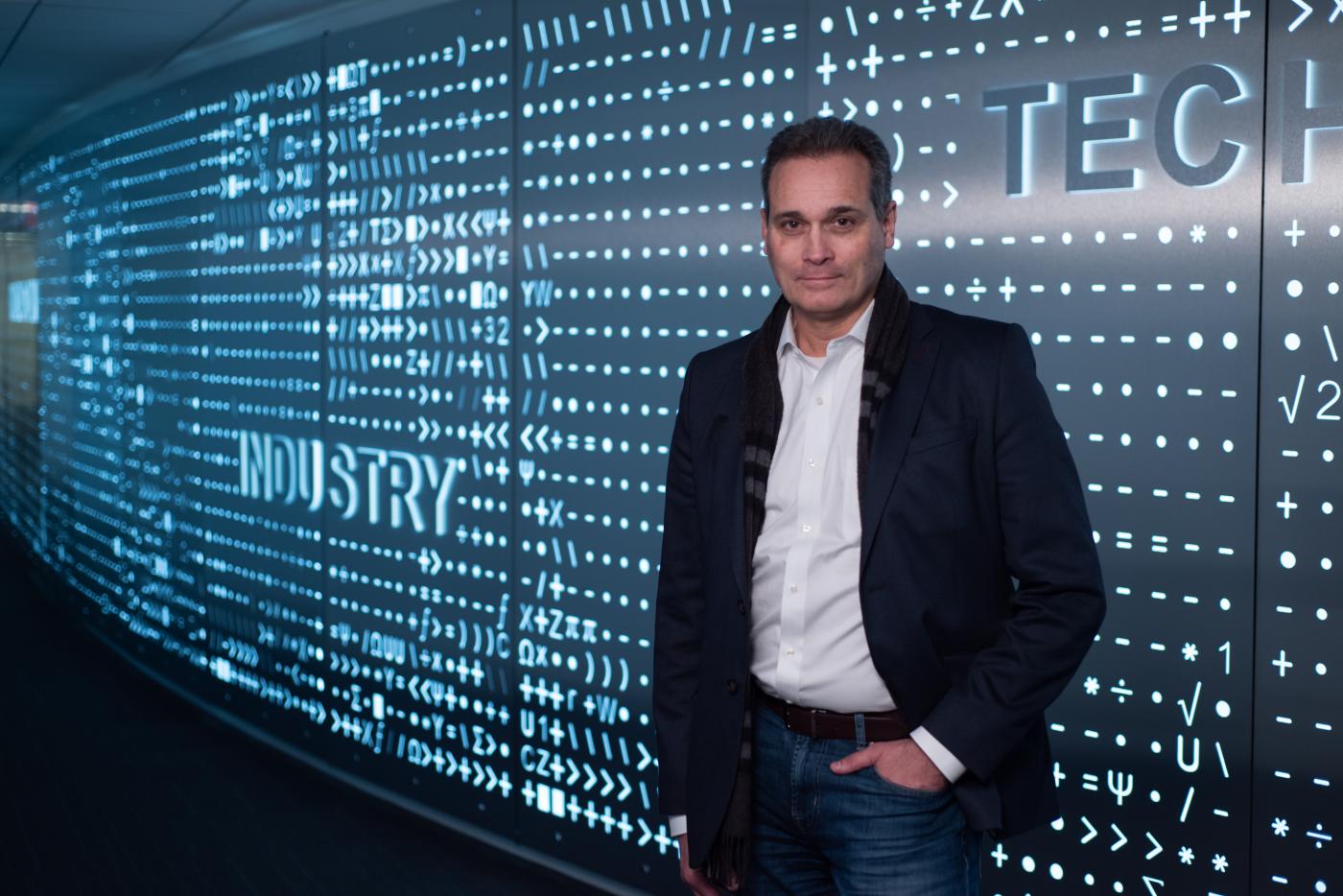