As a researcher in the Senseable City Lab, Ricardo Alvarez helps urban areas fit technology to their own needs.

Digital technologies can create new possibilities in cities. Ricardo Alvarez calls the potential “radical”. Streetlights could streamline parking, monitor air quality and mediate traffic. Virtual and augmented realities could change the way design is envisioned, and autonomous vehicles could one day create on-demand bridges and pick up trash. Alvarez is a researcher at MIT’s Senseable City Laboratory and his focus is on understanding how places can evolve with the help of innovation. For him, it’s a process: Inject digital technologies into an urban system. Use their data to understand hidden complexities in cities. Explore uses and design variations, “then think through the whole problem as to make it applicable in real-world conditions,” he says.

But real-world conditions can be messy. What’s good for Amsterdam isn’t necessarily right for Los Angeles or Buenos Aires. It’s for local leaders and citizens to decide, and Alvarez’s work is as much about helping people with the decision-making. It means considering scenarios, confronting fears, and ultimately expanding what’s possible in order to craft the best system for a particular place. As he says, “It’s a mindset.”

Alvarez has been working on two projects that excite him. One is developing smarter streetlights. The technology isn’t new; streetlights have been around for centuries. The idea of making them “smarter” also isn’t novel, but innovation has mostly focused on the light itself and making the bulbs more powerful and/or less expensive – LEDs are merely the latest iteration of this trend. This approach reflects the single-use mindset that can inhibit urban creativity. As Alvarez explains the current thinking: Roads are for cars. Sewers are for water. And, lights are for streets.

It’s very clear for me that a streetlight in the future will hold far more informational value than lighting value.

But this approach “is a failure of imagination, filled with missed opportunities,” he says. Lights are ubiquitous, and, when combined with digital technology, they can be a “powerful source of urban information.” For example, Alvarez and his team did an experiment in Cambridge, Massachusetts where the lights-to-cars proximity is ideal. Using small cameras and AI algorithms developed in the Lab, they designed an intelligent system capable of monitoring curbside parking and found large inefficiencies in space utilization, alongside frequent abuse from drivers. And while this experiment focused on parking, it could have easily have been on traffic, driving behavior, or street cleanliness. His goal was to see if an urban system, in this case, streetlights, could be transformed by expanding their function. He was encouraged. “It’s very clear for me that a streetlight in the future will hold far more informational value than lighting value,” Alvarez says. “What’s most exciting about it is I have no idea how it’s going to end.”

He’s also part of the Lab’s effort in developing autonomous boats in Amsterdam. Self-driving technology is trendy; the locale made sense because of the canals, but beyond just gathering data, design innovation was the main purpose. Autonomous boats can be used for a variety of scenarios, beyond just moving people or goods. Alvarez says that through the use of virtual reality the team was able to help Amsterdam residents co-design use cases for the technology and efficiently tap the local knowledge. People could see a model at a 1:1 scale, in fully simulated immersive environments, removing many of the communication barriers often associated with explaining the potential of new technologies. All as this was part of developing a new design language for the medium, making it more accessible, and with a faster pace of ideation. The result is that people are more engaged, more excited, and there’s “an explosion of ideas,” says Alvarez, adding, “That learning process for industry is super valuable.”

Trying to move the discussion to the middle

Along with possibilities, innovation comes with challenges. One is that it inspires either euphoria or paranoia. From his work in the private sector and at MIT, he says, “It’s very easy to fetishize technology.” Whatever is newest becomes the must-have solution or is flat-out rejected. The conversation often stays on the ends on the spectrum and brings a lack of objectivity. When people are quick to adopt, money is wasted on an urban system that is suboptimal. When change never gets considered, a city can’t become more productive or more efficient. 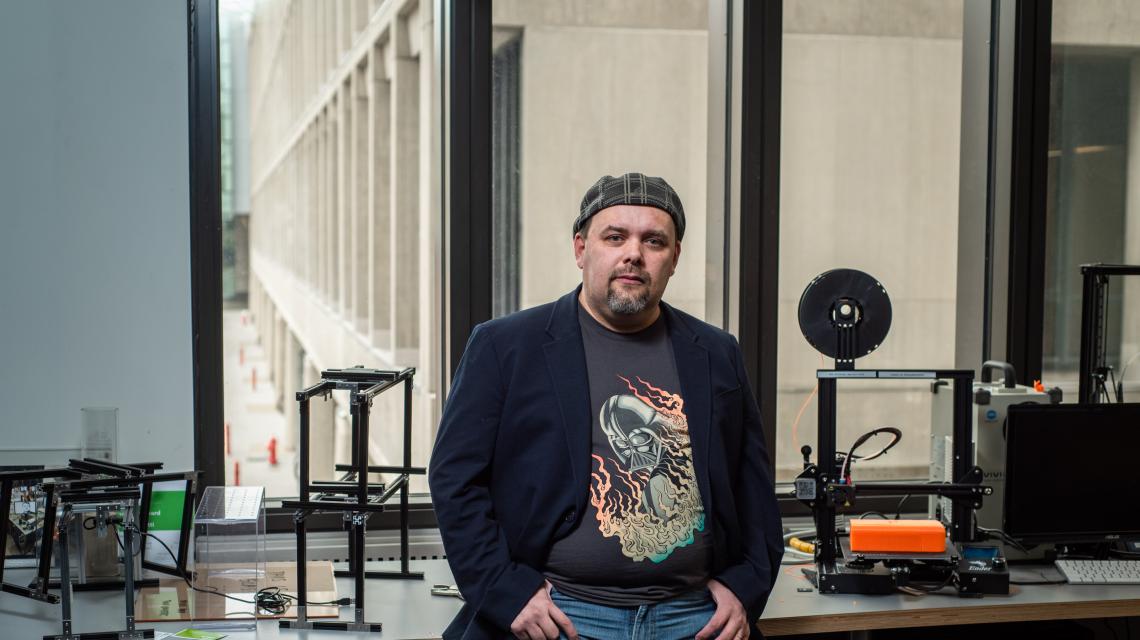 Alvarez says that reticence is understandable. Public officials worry that technology will mean a loss of jobs and privacy. Innovation moves at an exponential pace with people constantly playing catch-up. Plus, it means change. Take streetlights, for example. When they’re a single-function technology, costs, maintenance and performance are predictable and much easier to control. “Governments don’t like uncertainty,” he says.

Alvarez adds that the uncertainty of technology is both inevitable and even desirable, and acknowledging that duality and the concerns can help designers improve and officials implement ideas. He goes back to the smarter streetlights in which an initial fear is compromised privacy, bred by the standard monitoring approach, where a camera streams video to the cloud and turns it back to a parking management system. It’s lazy, he says, adding, “There are many unnecessary vulnerabilities that come from this, which get in the way of efficiently designing an elegant solution.”

What he found with his Cambridge experiment was that capturing video at 60 frames of data per second wasn’t needed; one frame every 15 seconds was ample to monitor a slow-moving system such as parking. It means less data is captured, reducing the chances where a human is observed. It also makes it easier for data to be processed on the edge, requiring no storage or transmission to a remote system, effectively enforcing additional layers of privacy by design at the hardware/software architecture level. In the big picture, no innovation should be forced onto a community without such a reflexive purpose, as there are a lot of political decisions that go into the design logic. Safeguards can be encoded to protect what matters to the urban area while the social value is extracted, but it starts with the conversation, he says.

Alvarez points to other projects coming out of the Lab. One is putting sensors on garbage trucks or taxis. Since those vehicles travel regular routes throughout a city, they could gather information on issues such as air quality or energy leakage from buildings. The environmental upside is evident, but city officials would have to determine the worth of gathering data at that level of detail.

There is no one perfect best. The process leads to a socially agreed construct, which is the natural way of city-making.

Another possibility is autonomous driving. The estimate, Alvarez says, is each self-driving car has the potential to replace eight regular vehicles on the street. The environmental benefits are apparent, but not before questions are explored. Would businesses be affected without traffic? Would streets be reconstructed or space reallocated? Would people give up driving, but the amount of traffic stay the same because of added convenience? The answers embody a tenet of urban innovation. “There is no one perfect best,” he says. “The process leads to a socially agreed construct, which is the natural way of city-making.”

Because of that, there’s a freedom. City officials can mold innovation to the needs and values of their communities and residents, thereby turning possibilities into realities with a local flavor. And even if a technology isn’t adopted, the conversation has happened and a deliberative process is now the norm. “It’s that pulling of the thread. You start looking at the problem from different lenses,” Alvarez says. “That’s more or less what drives us. That’s the curiosity of the Lab.” 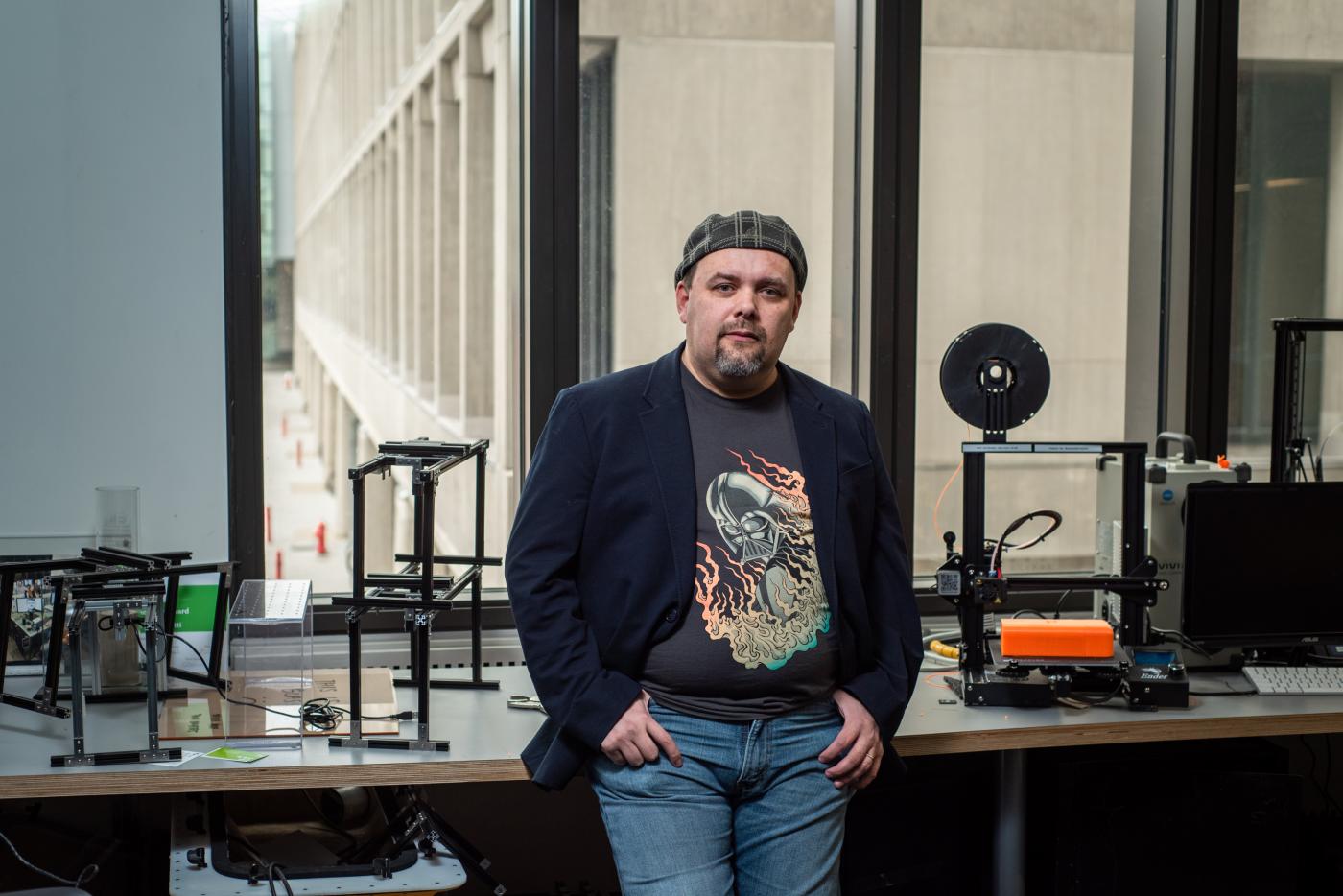