Better living across your lifespan

Better living across your lifespan
AgeLab

Based within Center for Transportation & Logistics, the MIT AgeLab and its corporate partners come up with novel approaches to meet real needs and desires for older adults—and everyone else.

Brainstorming ways to make life easier and more enjoyable as we get older, MIT AgeLab researchers sometimes draw inspiration from an unconventional source: the on-demand services popular among millennials and younger groups.

After retirement, most people want to stay in their homes as long as possible, explains Joseph Coughlin, the AgeLab’s founding director. On-demand app services and smart technologies for chores as basic as laundry, first promoted to a younger crowd, can help to make this “virtual assisted living” a reality.

“We did a thought experiment here in Boston that found it was cheaper to have those services brought to the home of an older adult than it was to live in assisted living,” Coughlin says. “And it got even cheaper as the demands went up.”

This example highlights a key AgeLab concept called “transcendent design” that aims to generate products and services that help older adults “seemingly by stealth,” he says. “You think they're cool when you're young, they’re convenient when you're in middle age and they ultimately provide care in older age.”

Of course, AgeLab researchers also continue to dive directly into the specific constraints of aging. One powerful research tool is the famous AGNES (Age Gain Now Empathy System) body suit, designed to make its wearer feel common constraints of aging such as limited eyesight and ability to reach in places such as a kitchen or a bus. “AGNES provides a new empathy tool to understand the older consumer,” Coughlin says. “The student, the engineer, the marketer, the planner—even the executive—who wears the suit can feel the friction that an older consumer often will not report.”

As the AgeLab itself turns 20, it hosts almost 40 researchers with specialties ranging from cognitive psychology to data science to anthropology and social work, exploring all the aspects of empowering improved living across a full lifespan. Its goal is to turn insights into novel products and services that can target enormous markets around the globe.

“By 2047, there will be more people on the planet over the age of 60 than there will be children under the age of 15,” Coughlin says. “We’re working with dozens of companies, in automobiles, insurance, financial services retailers, pharmaceuticals and beyond. Inventing life tomorrow will require multiple services, experiences and products that have either yet to be invented or need to be adapted to these new consumers.”

The opportunity raises a broad set of considerations that go far beyond traditional concerns about finance and healthcare. “We’ve had a number of financial services companies take our ideas about what life tomorrow could be, to help financial advisers create new questions to engage people who think about retirement,” he says. “Some are little things like, ‘How are you going to change a light bulb?’ That may seem like a simple silly question. But as we age many things that we did without hesitation in youth may become a challenge later on.”

After retirement, most people want to stay in their existing housing. The AgeLab collaborates with on-demand service companies, logistic firms and information technology companies in its home logistics program, “which is about taking the convergence of that desire with intelligent sensors and technologies and communications and on-demand services to make that home a place to live for life,” Coughlin says.

“Imagine a home that is not just smart, but provides a platform of services for living at any age, eventually including care for older adults,” he says. “Your food is on demand, your laundry is done, people come to fix the home. The home proactively also cares for you, can tell whether your gait has changed and therefore predicts the possibility of a fall, and allows family members to check in to make sure you're OK without intruding on your dignity.”

That isn’t to say that automated technologies are always the answer, however. “We want to look at the complete person—mind, body and soul,” he says. “Where does new technology that provides care for you also start to put your dignity and security and privacy in jeopardy? What is the happy balance?”

One crucial need is maintaining social connections with people outside the home. “We’re working with companies like Silver Sneakers, the largest exercise group in the world for the 50-plus, to understand how exercising for your health in a social setting can actually be good for you physically, emotionally and mentally,” he says. 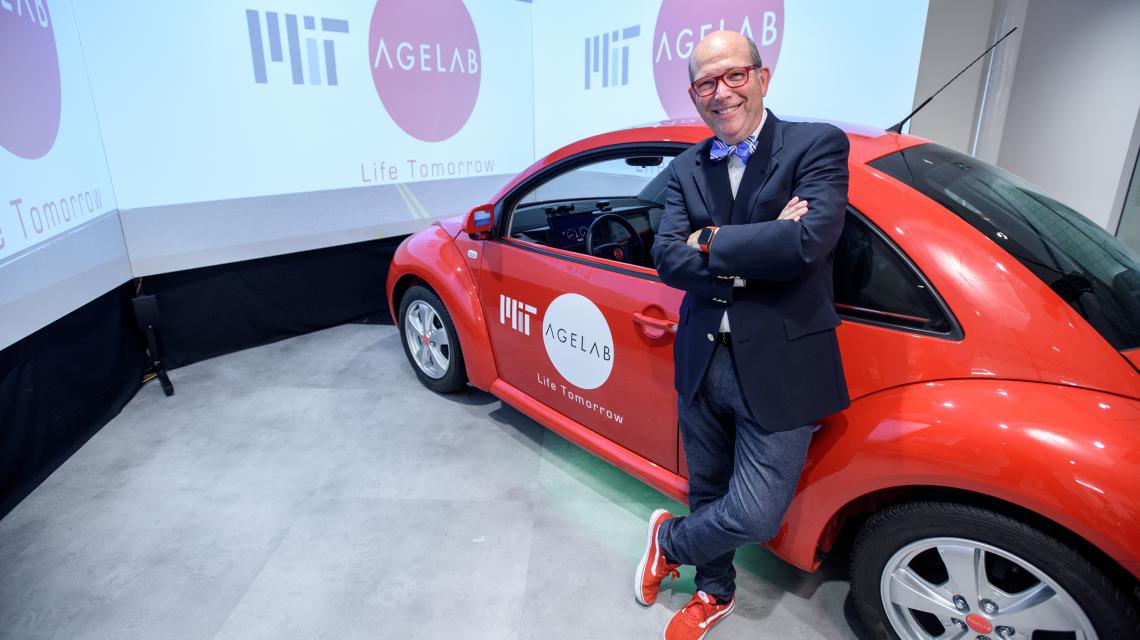 Among people over 50 years old, 70% live in suburban and rural areas where walkability and transit either is not practical or does not exist.

Driving driverless cars
Transportation is a big piece of the aging puzzle, and in the United States, that mostly means the automobile. “Among people over 50 years old, 70% live in suburban and rural areas where walkability and transit either is not practical or does not exist,” Coughlin points out. Given these constraints, advanced driver assistance technologies and (eventually) fully autonomous vehicles offer a great dream of empowerment for those who can no longer safely drive.

Studying how these fast-evolving technologies will function in the real world has long been an AgeLab specialty. “We have a fleet of five cars instrumented out to understand your physiology, your behavior and how the vehicle works, to start paving that road to the future of the autonomous car,” he says. “We want to understand how new designs and new technologies can help to ensure that driving itself is not a problem at any age.”

Among the results, automobile makers have taken cues from the AgeLab to create new standard font designs that help drivers read the dashboard. Again, this is an example of applying transcendent design to products, “so they remain cool for the young buyer but profoundly useful and usable for the older buyer,” Coughlin says.

As autonomous vehicles improve, human factors remain paramount, he adds. “When will people learn to not just trust but to adopt, to take their hands off the wheel and let a robot drive?”

Moreover, the vehicle is not the only component of the system to consider. “How does an 80-something-year-old woman with cognitive impairment or physical disability get into that driverless car?” he asks. “How does she get out of the driverless car? And at what point do you trust her to be in there by herself?”

Generation ungapping
Around the world, hundreds of millions of aging people bring enormous market opportunities, with the chance to bring new kinds of offerings.

“There have never been older people with this much education, income and expectation,” Coughlin says. “Baby boomers have seen improvements in schools, stores, products, technologies and even public policies paving the way for their entire lifespan. It is unlikely that they will simply sit back and wait for the bus for the disabled to pick them up one week late, or to hope the grandchildren come visit, or to think that their home can't support them.”

“The future is female,” he adds. “Typically from millennials all the way through to older adulthood, women are making the buying decisions in real estate, health care, and consumer products. Working with the AgeLab is about understanding that consumer’s behavior, wants, needs and expectations.”

Corporations can partner on a single project, as an AgeLab member, or as a participant in a consortium. “For instance, our home logistic consortia includes companies that are in appliances, door-to-door delivery, retail healthcare, insurance, smart sensors, pharmaceuticals—with all these different companies pooling resources to get a bigger bang for their buck,” Coughlin says.

All this work feeds into the AgeLab goal of helping people to enjoy a full lifespan, he emphasizes. “It dawned on us that we could make perhaps a safer car or a better house, but many other people were doing those things in a vacuum,” Coughlin says. “Our ‘Aha’ moment was, ‘How do we integrate all these activities together to create a life that's not just longer, but worth living?’” 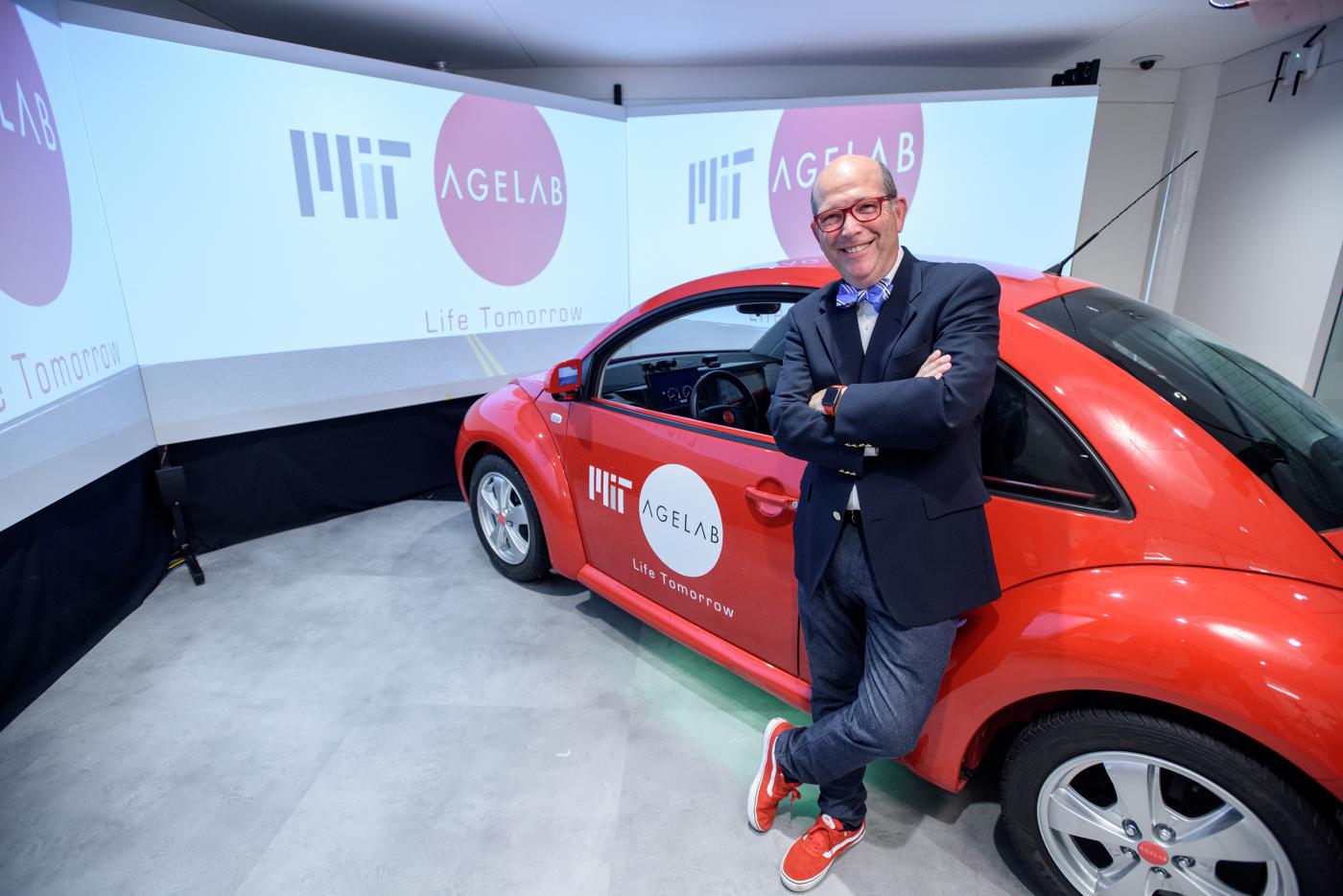