Almost every industrial product gets handled at least at some stage as a fluid. “Whether you heat it, melt it, pressurize it or cast it, it’s always processed in a liquid state,” says MIT’s Gareth McKinley.

These liquids generally don’t behave in nice linear fashion according to Newton’s laws of fluid mechanics. Instead, they are “complex fluids” whose flow properties must be described by other types of fluid mechanics math, says McKinley, School of Engineering Professor of Teaching Innovation within the Department of Mechanical Engineering.

His research focuses on understanding complex fluids and improving the production of everything from cream cheese and shaving cream to paint and oil, often working with Industrial Liaison Program (ILP) members and other corporate partners.

These studies in flow properties, also known as rheology, benefit from expertise across multiple academic disciplines. “You need to know some chemistry, some physics, and some applied mathematics,” he says. It also helps to be skilled in data acquisition, video imaging and many other techniques that can aid in devising test equipment—all in all, a set of demands for interdisciplinary expertise that fits well with MIT strengths.

Food feeling
McKinley works with several ILP member companies in food rheology, also called mouth feel. “This is not so much the flavor but how does it feel when you chew it,” he says. “For example, there is the perception that thicker and richer and creamier is better.”

One project with an ILP partner focused on achieving the right flow properties in low-fat cream cheese. Manufacturers want cream cheese to hold its shape on a knife or on bread as it is spread, but that may be hard to achieve if the cream cheese has swapped out fat for proteins or other ingredients. “Frequently, although the cream cheese may look like it has the same kind of texture, the way it tastes is very different,” McKinley says. “You’re trying to reformulate it so that it has the same feeling in your mouth, where the gaps are very small between your teeth as you chew on something.”

Since we all taste foods slightly differently, manufacturers often assess their products by putting together consumer panels of tasters. McKinley and his colleagues then seek to correlate what these tasters perceive, such as “creaminess” or “stickiness”, with measurable properties such as viscosity or elasticity.

Since we all taste foods slightly differently, manufacturers often assess their products by putting together consumer panels of tasters.

He also examines other materials whose properties can be quantified more directly, such as bread dough. “You might like to understand how gluten plays a role in the rise of bread dough, and how different strains of wheat with different levels of gluten affect the rheology of the bread dough,” he says. “That’s important when you think about how much you can stretch the dough, or spin it into a pizza dough.”

A skin cream needs to be more than soft and smooth. “It has to be like the classic example that you see in every commercial ever: someone will squeeze it and it will form and hold its own shape, but be easy to spread,” he says.

This calls for the right viscosity profile, with viscosities varying as needed. Skin cream initially is highly viscous on your hand, but then as you spread it, it needs to show low viscosity. “As I push faster on it, it flows easier and easier,” McKinley says. “And as the gap gets smaller and smaller between my finger and my skin, that material can’t become abrasive or sticky, and it has to smoothly absorb into the skin before it dries.” That’s why skin creams typically include waxy ingredients such as cocoa butter.

Assuring petroleum flow
It turns out there’s a close rheological connection between skin cream products with wax crystals and the deposits formed in pumping waxy crude oil, McKinley says. Oil drilled in the Gulf of Mexico, for instance, comes out of the ground at 150 degrees Fahrenheit. As the raw oil flows in a pipeline through cold ocean water, it starts to deposit wax crystals on the surface of the pipe.

To further complicate matters, this undersea oil well is churning out three types of material. “You’ve got oil that is trying to turn into a solid at sea water temperature, gases such as methane, and water,” McKinley says. “You’ve got to figure how to convey that typically over a pipeline that's 30 kilometers in length and goes back up to the surface. And course if something goes wrong, you have very limited opportunities to turn it off.” 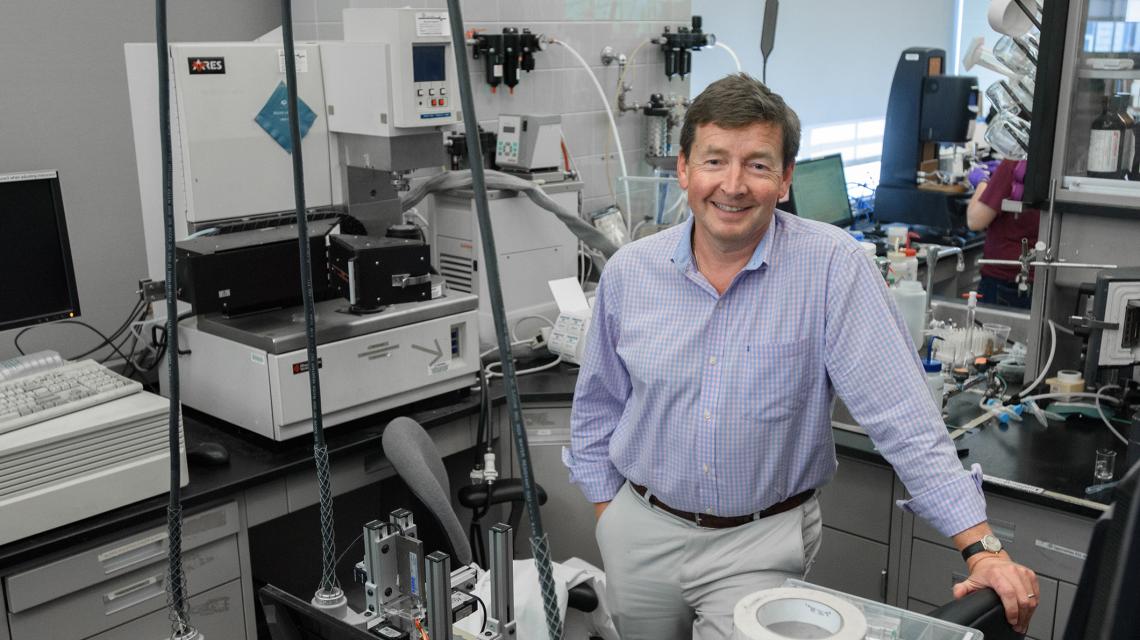 Methane is extremely soluble in ice, and one of the biggest challenges in assuring petroleum flow is the formation of gas hydrates. These became a huge problem in the response to the 2010 British Petroleum Deepwater Horizon blowout in the Gulf of Mexico.

On the other hand, gas hydrates also potentially can provide large amounts of energy, in the form of flammable ice cubes, he says. Vast resources of gas hydrates lay off the coast of Japan, waiting for petroleum firms to figure out how to bring these hydrates to the surface and process them.

Making a match with MIT
McKinley’s lab also does a number of projects in surface engineering—examining how material interfaces can be engineered to control the flow of a material. In the past decade, researchers at MIT and elsewhere have shown dramatic progress in creating new interfaces. “And by changing the surface, you can quite dramatically change the flow properties,” he says. “Many people at MIT are very good at making slippery surfaces, or surfaces that reduce friction, or surfaces that can have different frictions in one direction or another.”

Overall, McKinley’s group has made many successful corporate matches via ILP and the MIT Energy Initiative. “They connect us with a company that's got a problem, wants to understand the basics and is willing to put the time, effort and resources behind it to make sure that those ideas can actually be translated to the marketplace,” he says.

“It's really important to have a motivated team on the corporate side that isn’t just saying, Come back in two years and tell us what you’ve done,” he says. “We like to share information in monthly teleconferences. Frequently our partners know a wide range of materials that we might wish to try, or can correct things before we go down a dead end that they already know will not be successful. Having a really invested partner turns out to be key.”

“What MIT does best is break a problem down into its fundamentals,” McKinley adds. “We like to step back to understand what physics and what chemistry control a process—if you could start from scratch or from this set of materials, what would you do to make this product the easiest to process, or the best final product?” 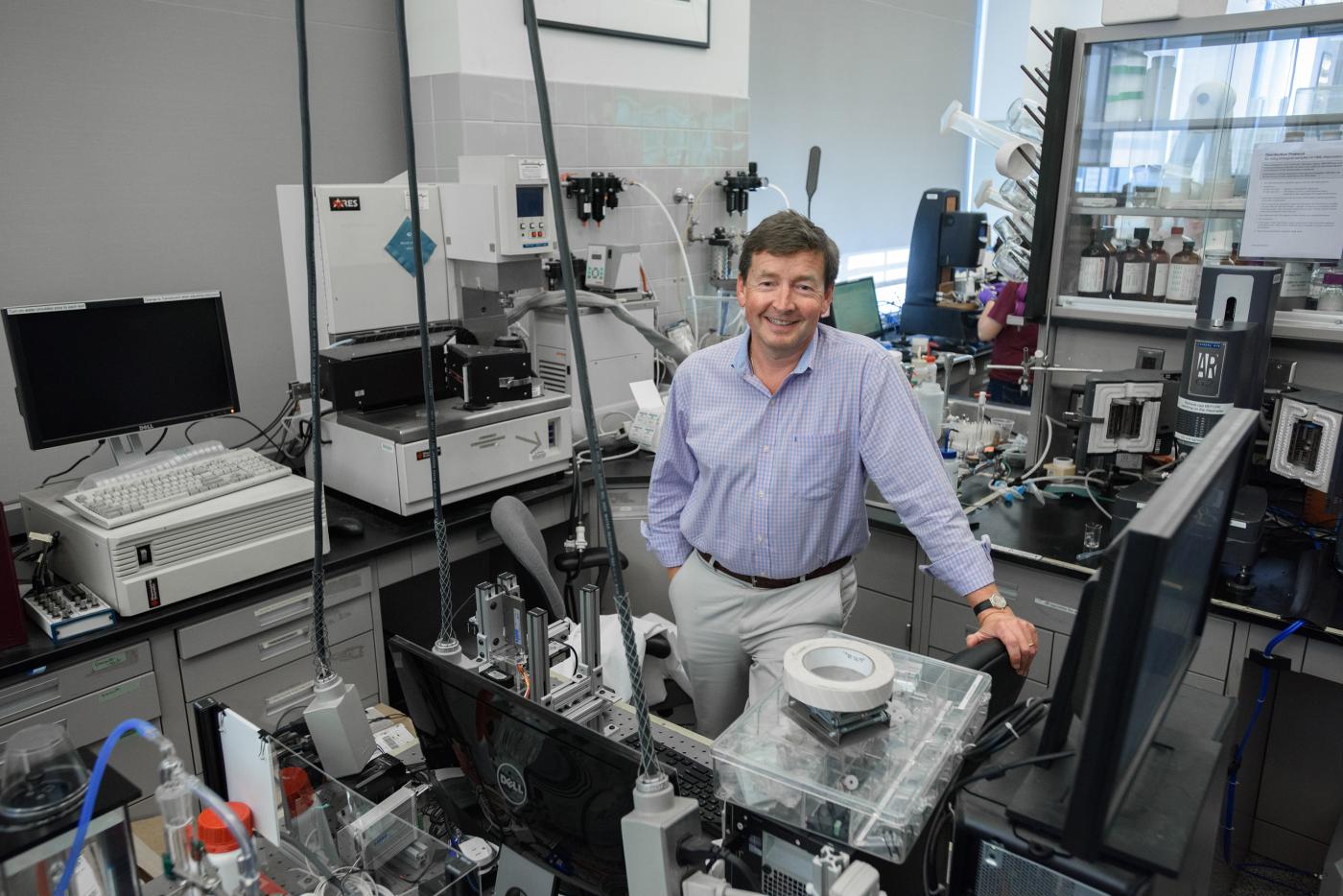