A Global Eye on Economic Crises and Inflation

A Global Eye on Economic Crises and Inflation

When a country’s economy starts to melt down, as the U.S. economy did in the 2008 housing bubble, how does that disaster spread across financial systems globally? And what can we learn about inflation and currency exchange rates from online price measurements for millions of products around the world?

Those are two main research challenges taken on by Roberto Rigobon, professor of management and professor of applied economics at the MIT Sloan School of Management. His findings are closely followed by national governments, international organizations, financial firms and other transnational companies.

Educated as an electrical engineer, Rigobon worked as a manager at the Venezuelan Ministry of Finance, where “I fell in love with economics,” he says wryly. “Now I’m here at MIT teaching economics, but my approach to economics has a very engineering way of thinking and approach and methodology, which you can see in my two projects.”

In studies of how major financial crises rise and move from one country to another, Rigobon and his colleagues have discovered that each case is surprisingly different. “Once you learn how a crisis took place, then we start paying attention to that mistake, and therefore it is hard to make the same mistake,” he says. “So we then make the same mistake in a different institution.”

In his second major area of research, he and his coworkers launched and learn from the Billion Prices Project (BPP), which measures prices for millions of products online each day and computes daily inflation rates for individual countries. The BPP can highlight inflation trends months before more conventional indexes reflect them. Additionally, the researchers are launching a related project to gather prices for identical products around the world, which will help in understanding currency exchange rates. 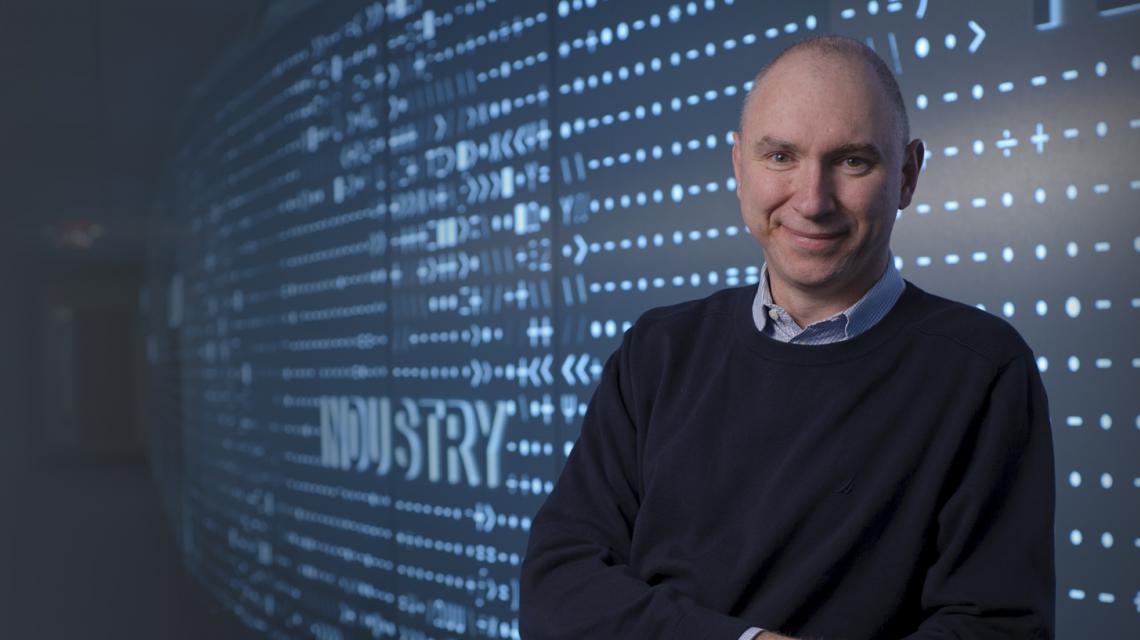 Economic crises that begin in one country all too often spread to others. Beginning with the 1994 Mexican “Tequila” currency crisis and continuing through the 2009 European fiscal crisis, Rigobon has been studying the “channels of contagion” through which the pain spreads.

One general lesson, he says, is that the key channels are financial institutions. In the 2008 U.S. crisis, for example, the sub-prime mortgage market where trouble began represented only about $1 trillion of the financial sector’s $27 trillion annual business. “In relative terms, it was small,” Rigobon says. “But that $1 trillion affected insurance companies and investment bankers, and it propagated throughout the financial sector.”

“Our second, and depressing, lesson is that financial contagion always propagates through a channel that we didn’t know existed,” he says. For example, the Asian crisis of 1997 highlighted connections between bank loans across countries. When Thailand went bankrupt, for instance, Japanese banks lending to both Thailand and Malaysia couldn’t lend as much to Malaysia.

“Once we learn about a channel of contagion, it never happens again,” Rigobon says. “We make a different kind of mistake, that allows a different institution to over-borrow, to lend too much, and then we go through another crisis. Always the mechanism is the same. But every crisis is like a one-time propagation, which is why it’s so hard to predict them.”

And hard to prevent them. After the financial crisis of 2008, for instance, the United States added bank regulations that may help to forestall a similar disaster. “But we paid very little attention to households that borrowed too much; they were exempt from any culpability for that crisis,” Rigobon notes. “We put constraints on banks, but other institutions still can lend to these consumers. We fix one part of the economy but we don’t fix everything.”

Researchers can, however, improve their understanding of global economic vulnerabilities, like those that China’s slowing growth now poses to countries with major economic ties to the manufacturing giant. Another channel of contagion this year, especially for developing countries, is borrowing in U.S. dollars, since the dollar is likely to perform well against other currencies, Rigobon says. A third channel opens up if a country needs to borrow substantially, as interest rates are climbing. Countries such as Brazil that are exposed to all these channels may get hit three ways, which are among the major factors now hammering the Brazilian economy.

Understanding these channels aids governments, central banks, the International Monetary Fund, the World Bank and other multilateral institutions to improve regulation and prepare for crises. Additionally, private companies can adjust their portfolios and investments to hedge against those risks.

However, “we are still learning about financial contagions, and we don’t have the data today that would allow us to truly understand how these propagate,” he says. “It’s like we’re in a Crime Scene Investigation episode. Another crime takes place, we do another autopsy and find another cause. But we don’t have the transparency in the financial system that would allow us to prevent these events. So we can’t avoid crisis in the future; we just have to learn how to scramble faster the next time.”

The BPP started with a similar economic puzzle, this one to understand how inflation spreads between countries—how increased pricing for wheat in Honduras might help to drive the price of wheat in Guatemala, for instance.

Rigobon and Alberto Cavallo, then a student and now associate professor of applied economics at Sloan, began studying inflation rates in South and Central America They found themselves struggling with unreliable government statistics from Argentina. Looking for an alternative, the two researchers realized that they could compute the price of a relatively small basket of food by scraping data from online stores. Importantly, they concentrated on stores that also have offline outlets, so that prices are meaningful for average consumers.

This rapidly expanding project turned into the BPP, and demonstrated the ability to compute the inflation rate for products by gathering prices online, much better, faster and cheaper than by the normal procedure of sending fact-gatherers physically to a store. The BPP also can add new products, for instance the latest iPhones, almost immediately.

BPP results complement traditional inflation statistics such as the U.S. Consumer Price Index. “Even though our inflation index is not identical, it always moves about two months before the official statistic,” Rigobon says. That means financial modelers can use BPP data to try to anticipate inflation trends.

As BPP rapidly ramped up, it needed deeper funding for its computer infrastructure. That led to the creation of PriceStats, a Cambridge startup that distributes the inflation indexes to financial customers through State Street Global Markets. PriceStats covers about 15 million clothing, drink, drug, food, electronics, furniture and household products and generates daily inflation indexes for 20 countries. The service is bought by firms that care about inflation rates worldwide—for example, to use the rates as one indicator of a country’s economic health.

An offshoot dubbed the “Thousand Big Mac” project now examines pricing on thousands of identical products internationally. “That has been proven to be very important to understand currency exchange rate movements, and to understand if a country is too expensive or not,” Rigobon says. “Is the clothing sector too expensive in Shanghai? You can answer that question with this data.”

Additionally, the BPP work has brought the lesson that the challenges of big data analytics for businesses “are not pure engineering, and not pure economics,” he says. “You need someone who can speak both languages and talk to a statistician; otherwise the opportunity will be wasted. That’s a big opportunity at MIT. We are one of the best places on earth in big data analytics, not only for our students but for the companies that interact with us on these topics.”