Basic compounds and clean electricity can power chemical conversions. Karthish Manthiram will use these to de-carbonize common chemical production.

It’s a shockingly simple recipe: combine air, water, and concentrated sources of carbon dioxide. Infuse with a clean source of electricity. The end product—basic chemical feedstocks that can be used to make the materials we all use in our daily lives.

This is the vision of Karthish Manthiram, PhD, Assistant Professor of Chemical Engineering at MIT, whose laboratory is dedicated to replacing conventional material feedstocks such as petroleum and finding ways in which people within their own homes or communities can create these things themselves from some of the most basic compounds in the environment.

Manthiram is working to leverage trends in “green electrification,” using technologies like solar and wind and newly developed electrical strategies developed in his lab to power chemical transformations. The chemical industry has generally relied on thermochemical routes to make products, involving high temperatures and pressures to drive chemical transformations. “Instead of that we are envisioning using voltage – electricity – to drive chemical conversion,” he explains. Replacing temperature and pressure with electricity creates a milder set of manufacturing conditions that avoids the need for a large centralized chemical factory, opting instead for something modular and small-scale that enables local, on-demand manufacturing.

Manthiram zeroes in on using green electrification to make ammonia, ethylene, propylene, and methanol – four of the most common chemicals with the largest energy and carbon footprint—making them excellent targets that if de-carbonized, would decrease industrial and global carbon emissions.

Catalysts are at the heart of the challenge for electrifying these chemical transformations cleanly. Located within chemical reactors, they are materials that take molecules in—like CO2, air and water - adsorb them onto their surfaces, rearrange them by breaking and forming chemical bonds, and let out different product molecules. “We dream about catalysts and the way they dance with molecules,” says Manthiram of his work to develop reactors that have the ability to mix basic feedstocks like CO2, air, and water, add electricity, and convert them cleanly into chemicals. An added benefit would be production of these chemical feedstocks in a local fashion where they are needed.

Closing the carbon cycle is a big part of what we’re looking at.

Manthiram views carbon dioxide as a non-utilized feedstock and himself as an advocate for making it into something with value that can be used to monetize the process of capturing CO2. “Closing the carbon cycle is a big part of what we’re looking at,” he says.

To do this, Manthiram’s lab is developing a CO2 electrolyzer, essentially a fuel cell in reverse that uses water and CO2, coupled with electricity to break bonds and reform new bonds to produce a fuel. “If we could make this CO2 electrolyzer, we would have the ability to convert CO2 into products like methanol and ethylene and propylene,” he explains. Further, that methanol could be made into downstream products like formaldehyde and make its way into paints, plastics and resins. Similarly, the ethylene could be made into polyethylene which goes into plastic bags. “The CO2 is a carbon source that can make so many of the materials we deal with in our everyday life,” he envisions. “It’s a way of re-envisioning our chemical feedstock pipeline.”

He also aims to produce products as ubiquitous as gasoline but avoid their CO2 footprint. “The best way to do that is to take the CO2 that comes out from burning gasoline and making it back into gasoline,” he says. “That way we can continue to use significant existing infrastructure for distributing and consuming fuels while avoiding the carbon dioxide footprint. We can’t just cast off this existing infrastructure.” Some of this work is being developed in collaboration with the MIT Energy Initiative (MITEI) and its Low-Carbon Energy Centers, and select companies with an interest in bringing the technology to reality on a large-scale. 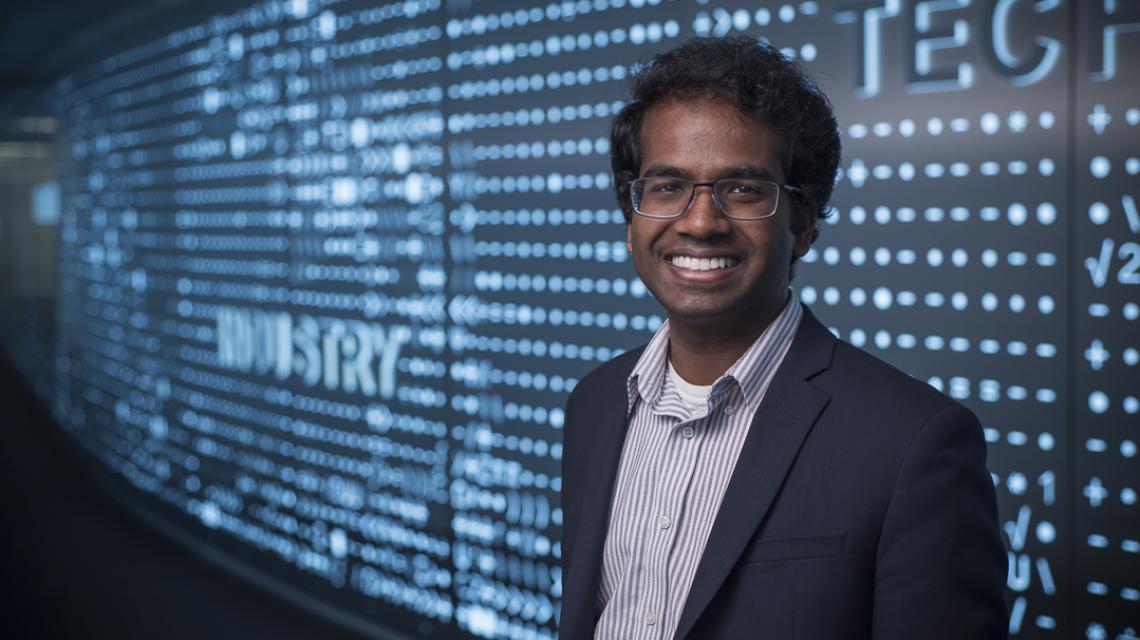 In many geographic regions, like Africa and India, Manthiram hopes to bring these technologies to empower individuals to create inexpensive carbon-neutral fertilizers in areas where under-fertilization contributes to low crop yields and in turns leads to the poverty/hunger cycle.

...I wake up each morning with a sense of excitement that these technologies we are building could have a meaningful impact in solving issues at the intersection of hunger and poverty.

“If you could empower individuals to make their own fertilizers, like ammonia, you avoid the need for building ammonia fertilizer plants and infrastructure for distributing it, which is often challenging in regions such as Sub-Saharan Africa” he says. “All you need is a device that can take in air and water and electricity and make fertilizers out of it. That is what we are trying to do.”

Manthiram’s team is creating a solar-powered device which generates carbon-neutral fertilizers like ammonia. The device takes in nitrogen from air and water and once combined with solar electricity outputs ammonia. Ammonia is a nexus molecule that can be used directly as a fertilizer, as an energy source, or disinfectant.

To expedite this work, his group has formed collaboration with J-WAFS at MIT, an organization committed to finding solutions as the intersection of water and food security. “When we were starting on this nitrogen to ammonia conversion we were not originally thinking about the fertilizer problem in the developing world,” he explains. “This came out of interactions at MIT, like J-WAFS, so that I wake up each morning with a sense of excitement that these technologies we are building could have a meaningful impact in solving issues at the intersection of hunger and poverty.”

As a principal investigator, Manthiram is committed to findings solutions to actual industrial problems. “We bring a great understanding of catalyst design from both a chemical engineering and chemistry perspective that would be greatly enhanced in the hands of a corporate or industrial partner who understands what this process would look like at even greater scales,” he says. He hopes to attract industrial partners who are interested in applying solutions not only to current problems but also future paradigms that will become viable five or ten years from now. “We hope that by bringing an understanding of where things are headed and what we believe will be the reality 5-10 years from now, we’ll be able to facilitate this transition to make it less abrupt,” he says. “We believe firmly that the chemical industry is next – just as we’ve seen rapid changes in solar and wind—and that by having close interactions with industry they will avoid being surprised by these transformations.”