Luis Perez-Breva wants you to forget what you think you know about innovation. In his new book, Innovating: A Doer’s Manifesto for Starting from A Hunch, Prototyping Problems, Scaling Up, and Learning to Be Productively Wrong (MIT Press 2017), he proposes that this oft misunderstood word is only an outcome, and the best way to achieve innovation is to forget about it and focus on exploring. In fact, organizations large or small seeking to innovate by emulating modern entrepreneurialism are making a detrimental misstep, he intones. It sounds counterintuitive but Perez-Breva isn’t just hypothesizing. He has spent more than 20 years innovating across a variety of fields and disciplines in both academia and industry, guiding AI to success in industry contexts, even collaborating with venture capital to create venture labs—all while developing a highly practicable discipline for innovating, replete with its own set of skills for real-world problem solving that he teaches across MIT. His book Innovating, explains how to practice those skills; it “draws from science, engineering, AI, game theory, management, and economics, but requires no technical knowledge. It is written so you may begin innovating with what you already have; all you need is a hunch. You can keep waiting for an earth-shattering idea, or you can start right away.”

One would be right to beware the gilt-tongued zealot with a glint in his eye and a recipe for enlightenment. While Perez-Breva most certainly possesses the unflagging optimism and excitability so common to the serial entrepreneur, his Doer’s Manifesto is the anti-recipe, exploding misconceptions taken on as fact and disentangling innovation from entrepreneurship, while laying waste to the commodification of innovation and letting go of jargon that serves to confuse rather than clarify. Forget about common sense and embrace the preposterous.

Perez-Breva’s work demonstrates innovating as an industrious process “beyond pitching fancy ideas.” He shares a fresh, practical way to create venture labs, bring deep tech to society and solve the R&D-to-business conundrum. In addition, he shows how to repurpose innovation infrastructures and even how to best use AI and machine learning. Consider his novel approach to utilizing AI for solving real-world problems that can’t be fixed by traditional means (https://www.linkedin.com/pulse/5-myths-artificial-intelligence-luis-perez-breva-phd) or the fact that he developed a fully automated hedge fund. He also designed and leads i-Teams, MIT’s flagship joint program of Engineering and Management that engages the entire MIT community to put MIT's real and deep tech advances to work to solve real-world problems. In this role, he’s shepherded more than 170 technologies to impact around the globe. 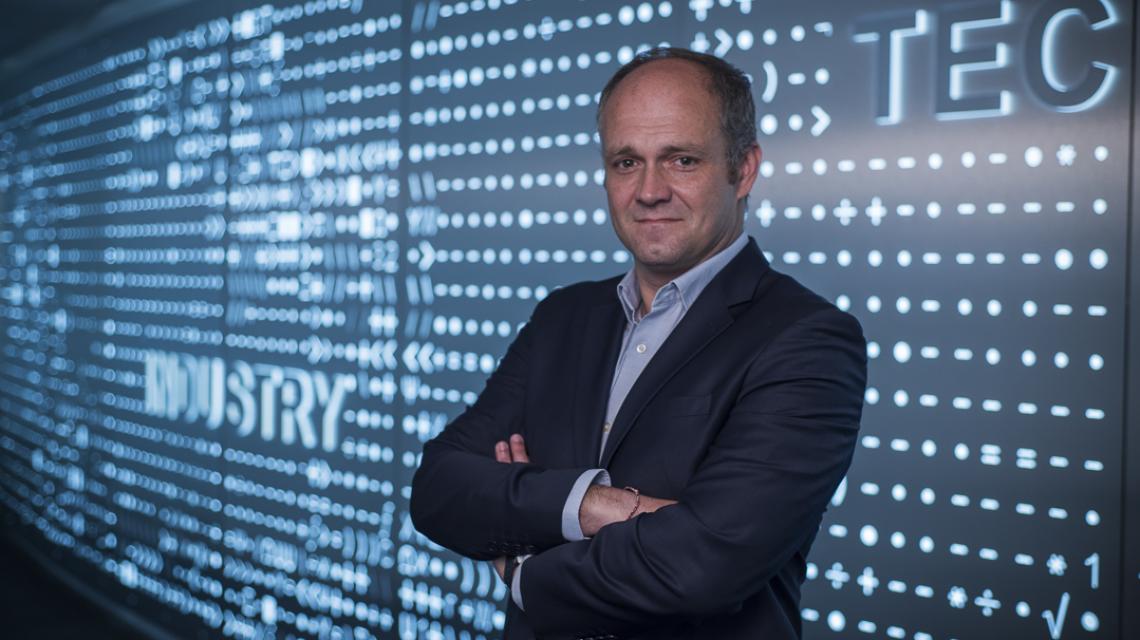 Dr. Perez-Breva holds a PhD from MIT in Artificial Intelligence and degrees in Chemical Engineering, Physics, and Business from Spain (Institut Quimic de Sarrià) and France (Ecole Normale Supérieure). As an innovator and entrepreneur, he’s put AI to work for cell phone location for emergency response and national security, genetics, healthcare intelligence, and automated portfolio allocation; he has also developed non-profit organizations, including building a new university centered around innovation. In 2011, the government of Spain recognized his career achievements with the Order of Civil Merit of the Kingdom of Spain.

It’s helpful to understand these achievements in the same vein that Perez-Breva explains great innovations: “One of the reasons why we love innovation stories—think of the laser, Apple Computers, or even Green Peace—is that in hindsight they look unpredictable, nearly magical,” he says. “But the reality I’ve uncovered is that initially those innovations looked like bad ideas that wouldn’t work—abjectly wrong in many cases.” Which is why in telling his personal narrative he begins with a qualifier. “I was just a chemical engineer,” he says of his time spent in California founding a cell phone location AI technology company for emergency response now known as Polaris and deployed worldwide. “People tend to view their backgrounds as a silo they must restrict themselves to. But if you see it as a constraint, you are unlikely to discover a new way to solve a problem.” This open-minded approach to problem solving has informed his career, his work across disciplines and his unique view of AI.

“Innovation is not a process or a product,” says Perez-Breva. “It’s the outcome. What I teach in my class is to forget the outcome. You may get there eventually, but starting from the outcome is like starting from the roof if you are building a house,” he says. “You need to start with the problem, learn the skills and the process you need to engage in so that innovations can occur.” His book codifies what he refers to as a new discipline he calls “innovating” from a practical standpoint for everyone. To that end, a key objective was making it accessible to anyone, regardless of their background. “It is written in plain English not a business or engineering dialect,” he says. There are no case studies but rather engaging stories. Perez-Breva also opted to forego tedious diagrams and charts. Instead, for the visually oriented, he partnered with Nick Fuhrer, a likeminded Cambridge artist with an uncanny ability to illustrate Perez-Breva’s ideas on the page. “My goal for the book is to restore the spirit of inquiry, to get us talking and daring to venture into the impossible to solve real-world problems,” he says. “Perhaps the most important thing is that I want everyone to enjoy the book.”

The response has been overwhelmingly positive. Innovating launched as a Number 1 hot new release on Amazon and stayed that way for several months. While book sales, individual responses and requests from companies worldwide to teach his methods are gratifying, Perez-Breva circles back to the discipline of innovating: “It isn’t about book sales. It’s about offering the world a different alternative to innovate. Stop focusing on the coveted outcome and figure out ways to use the resources you have at hand to change the world.” His unique approaches to real-world problem solving are both inspiring and practical. It is the melding of these two mindsets that he relishes. “A constant challenge for us in academia is to find ways we can better serve the outside world without forgetting that we are here to achieve the unimaginable,” he says. He firmly believes that real-world problems sometimes require fantastic technology and fantastical thinking. “MIT’s Industrial Liaison Program serves as a perfect conduit to help us develop connections and form industry partnerships that can reshape the world.” When asked what’s next, Luis Perez-Breva responds: “I’m not sure what I’ll be doing tomorrow but I know I’ll only be half qualified to do it when I start.” Somehow, we’re convinced he’ll figure it out.