Professor of Mechanical and Electrical Engineering and Computer Science

Steven Leeb and his research team in electrical engineering have developed sensors that capture vibration to determine a more nuanced motor health.

There are a few givens about power systems. They’ll produce energy. They’ll consume energy. They’ll need to be repaired. Knowing the specifics about all three holds the potential for greater efficiency and less downtime. Capturing such information isn’t always easy, but Steven Leeb and his research team have found a way. Sensors that the electrical engineering professor has developed measure vibration, producing a more nuanced health report on any kind of motor, be it for a military ship or a household blender, so, as he says, “It’s a target rich environment.” But innovation doesn’t work in a vacuum. Any type of data collection brings questions of privacy and ownership. While Leeb doesn’t have all the answers, he doesn’t mind looking at the potential ramifications, with an eye to tipping the balance in favor of the consumer to direct the course of what’s done with the information.

Monitoring power systems is far from novel, but Leeb has created a leaner format with VAMPIRE, formally known as Vibration and Assessment Monitoring Point with Integrative Recovery of Energy. Hooking into a motor’s terminal wiring box and self-powered from the magnetic field, the non-invasive sensors can measure electrical current consumption and temperature. The data can determine if energy is being wasted and if the system is being used in its intended way. But, as the name states, VAMPIRE reads vibration, and this element provides the subtle diagnostics, he says.

Monitoring power systems is far from novel, but Leeb has created a leaner format with VAMPIRE, formally known as Vibration and Assessment Monitoring Point with Integrative Recovery of Energy.

First, though, a couple basic truths about motors. No. 1: They’re omnipresent. They consume about one half of the world’s electricity – “they’re the 21st century horse,” Leeb says, doing everything from running industrial plants to driving cars to grinding coffee. They’re critical to people “and we like them all.” No. 2: They break down, and usually the process starts slowly and often on a small scale. For example, a washing machine can shake and move slightly on the floor, an easy to overlook sign, but, “Vibration is often an important indicator of pathology that’s about to happen,” he says.

The best part is that a motor will reveal its condition every time it runs. The challenge has been in taking the picture when it’s happening. Most readings are done when a motor is fully operating, when it’s designed to vibrate the least, Leeb says. But some machines never shut off; some cycle on and off. Often, an issue initially presents itself during the turning on or powering down, a time tests aren’t focusing on. Because of its minimal architecture, the VAMPIRE sensors can run continuously and sweep through all of a motor’s phases. “That’s gold. That is just free gold,” he says.

In one of his larger partnerships, Leeb has worked with the United States Navy and United States Coast Guard on a Boston-based 270-foot cutter. Among many other systems of interest, the vessel has a ventilation system with an inline pipe with a coaxial motor and fan. Two problems can happen in this setup, common to many other electromechanical actuators as well. The blades either become asymmetrical or the rubber mounts fail, both producing stress and vibrations. VAMPIRE can differentiate which component is causing the issue and attempt to determine the extent of the problem, he says. 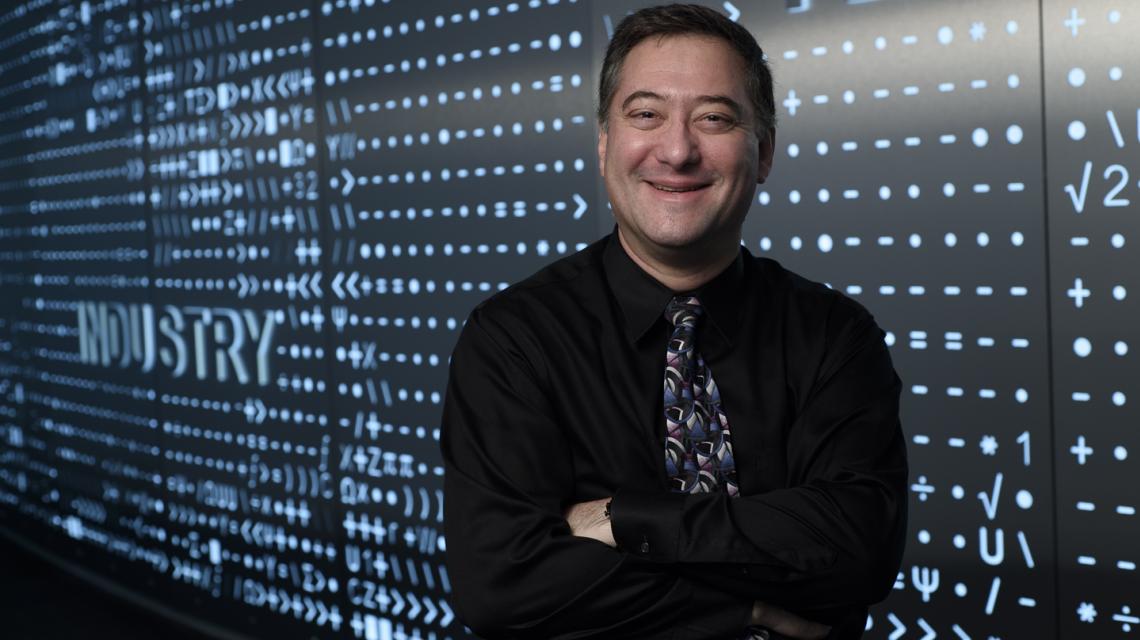 Collecting data and its implications

Leeb has also designed a load monitor, a kind of foundational piece of technology that sits at the utility service entry, usually by the meter in the basement. From measurements at this aggregate point, the system can disaggregate the operation of all the individual appliances in a home or building – the coffee maker and lights are on, but the dishwasher and heater aren’t – and a bill can be itemized as it happens. The data does need to be analyzed, requiring more upfront effort in one respect, but because there’s only one sensor, it’s a simpler installation with less risk of failing, he says.

The monitor also cooperates with VAMPIRE, so vibrations can be measured. The combination makes the system a little less non-invasive, and that reality is an ongoing concern that Leeb says has directed his research. Change of any kind brings with it adjustment pain. “This is always a problem with technology,” says Leeb, adding that change also brings business opportunities, since electricity consumption rarely dips and people are drawn to anything that offers more efficiency.

Leeb says that he envisions a time when all appliances are connected; the data is easily accessible to third parties; and it would cost more to buy a component that doesn’t give out personal information.

But more detailed collection raises the question of who owns the data, the driver of the car or the maker of the software in the car, for example. In Leeb’s system, the information stays on-site, rather than going to a remote server, and he says that he’d prefer that the customer have the ability to read a bill first and then decide who else can see it. Taking it a step further, Leeb says that he envisions a time when all appliances are connected; the data is easily accessible to third parties; and it would cost more to buy a component that doesn’t give out personal information.

At this point, Leeb says that he can’t foresee all the consequences or have all the answers as to what should be done, but he keeps asking these bigger questions. This uncertainty ties into a benefit of working with MIT. There are people who study all facets of an issue from policy to usage to market incentives. Ideas, ultimately, get a complete work-over and they become better . “There’s always someone who’s very easy to find who’s willing to critique what you’re doing,” he says.

And it goes beyond the campus. As a researcher, it’s easy to become excited and overly focused on “what’s on the bench in front of you,” Leeb says. The consequence is not fully understanding the outside pressures that can affect a project and the changes that needed to be made. The essential component is staying connected, and Leeb says that outfits like the MIT Energy Initiative and the ILP bring in outside perspectives that can show where other opportunities are. As he says, he could probably find those voices on his own, but, “We have some spectacular organizations that really lower the energy barrier in terms of connectivity.”