Whenever you’re feeling overwhelmed by the dire reports about climate change, you can give yourself a lift by checking out the latest research coming out of top research centers like MIT. Don’t limit yourself to the typical green technology projects like solar cells and batteries. There are scores of promising technologies that can reduce energy consumption or capture carbon in fields including biotech, computer science, nanotechnology, materials science, and more. Not all will prove feasible, but with a little funding and nurturing, many could help solve the planet’s grand challenge.

“Not only are we making and analyzing materials from the fundamental principle of transport, thermodynamics and reactivity, but we’re beginning to take that knowledge to create models and design new materials with separation performance that has never been achieved before,” says Smith. “It’s exciting to go from the lab scale to thinking about the big process, and what will make a difference in society.”

It’s exciting to go from the lab scale to thinking about the big process, and what will make a difference in society.

Smith often consults with industry experts who share insights on separations technologies. With the Paris Agreement so far holding together despite the retreat by the U.S., the chemical and petrochemical industries where Smith is primarily focused is starting to feel the pressure to reduce emissions. The industry is also looking to reduce costs. The heating and cooling towers used for separations require considerable energy, and are expensive to build and maintain.

Industrial processes used in the chemical and petrochemical industries alone consume from a quarter to a third of the total energy in the U.S., and separations account for about half of that, says Smith. About half the energy consumption from separations comes from distillation, a process that requires extreme heat, or in the case of cryogenic distillation, even more energy-hungry extreme cooling. “It requires a lot of energy to boil and reboil mixtures, and it’s even more inefficient because it requires phase changes,” says Smith. “Membrane separation technology could avoid those phase changes and use far less energy. Polymers can be made defect free, and you can cast them into selective, 100-nanometer thick thin films that could cover a football field.”

Many hurdles stand in the way, however. Membrane separations are used in only a tiny fraction of industrial gas separation processes because the polymeric membranes “are often inefficient, and can’t match the performance of distillation,” says Smith. “The current membranes don’t provide enough throughput -- called flux -- for high volume applications, and they’re often chemically and physically unstable when using more aggressive feed-streams.”

Many of these performance problems stem from the fact that polymers tend to be amorphous, or entropically disordered. “Polymers are easy to process and form into useful geometries, but the spacing where molecules can move through polymeric membranes changes over time,” says Smith. “It’s difficult to control their porous internal free volume.”

The most demanding separations require size selectively between molecules of only a fraction of an angstrom. To address this challenge, the Smith Lab is attempting to add nanoscale features and chemical functionality to polymers to achieve finer-grained separations. The new materials can “soak up one type of molecule and reject another,” says Smith.

To create polymeric membranes with higher throughput and selectivity, Smith’s team is taking new polymers developed at MIT labs that can be reacted to template ordered structure into traditional disordered, amorphous polymers. As he explains, “We then post-synthetically treat them in a way to template in some nanometer sized pockets that create diffusion pathways.”

While the Smith Lab has found success with many of these techniques, achieving the flux required for high-volume applications is still a challenge. The problem is complicated by the fact that there are more than 200 different types of distillation separation processes used by the chemical and petrochemical industry. Yet this can also be an advantage when trying to introduce a new technology -- you can look for a niche instead of attempting to change the industry overnight.

“We’re looking for targets where we would have the most impact,” says Smith. “Our membrane technology has the advantage of offering a much smaller footprint, so you can use them in remote locations or on offshore oil platforms.” Due to their small size and weight, membranes are already being used on airplanes to separate nitrogen from air. The nitrogen is then used to coat the fuel tank to avoid explosions like the one that brought down TWA Flight 800 in 1996. Membranes have also been used for CO2 removal at remote natural gas wells, and have found a niche in a few larger petrochemical applications such as hydrogen removal.

Smith aims to expand into applications that typically use cryogenic distillation towers, which require immense energy to produce extreme cold. In the petrochemical industry, these include ethylene-ethane, nitrogen-methane, and air separations. Many plastic consumer products are made of ethylene, so reducing energy costs in fabrication could generate huge benefits.

“With cryogenic distillation, you not only must separate molecules that are similar in size, but also in thermodynamic properties,” says Smith. “The distillation columns can be 200 or 300 feet tall with very high flow rates, so the separation trains can cost up to billions of dollars. The energy required to pull vacuum and operate the systems at minus 120 degree Celsius is enormous.”

Other potential applications for polymer membranes include “finding other ways to remove CO2 from nitrogen or methane or separating different types of paraffins or chemical feedstocks,” says Smith. Carbon capture and sequestration is also on the radar. “If there was an economic driver for capturing CO2 today, carbon capture would be the largest application by volume for membranes by a factor of ten,” says Smith. “We could make a sponge-like material that would soak up CO2 and efficiently separate it so you could pressurize it and store it underground.” 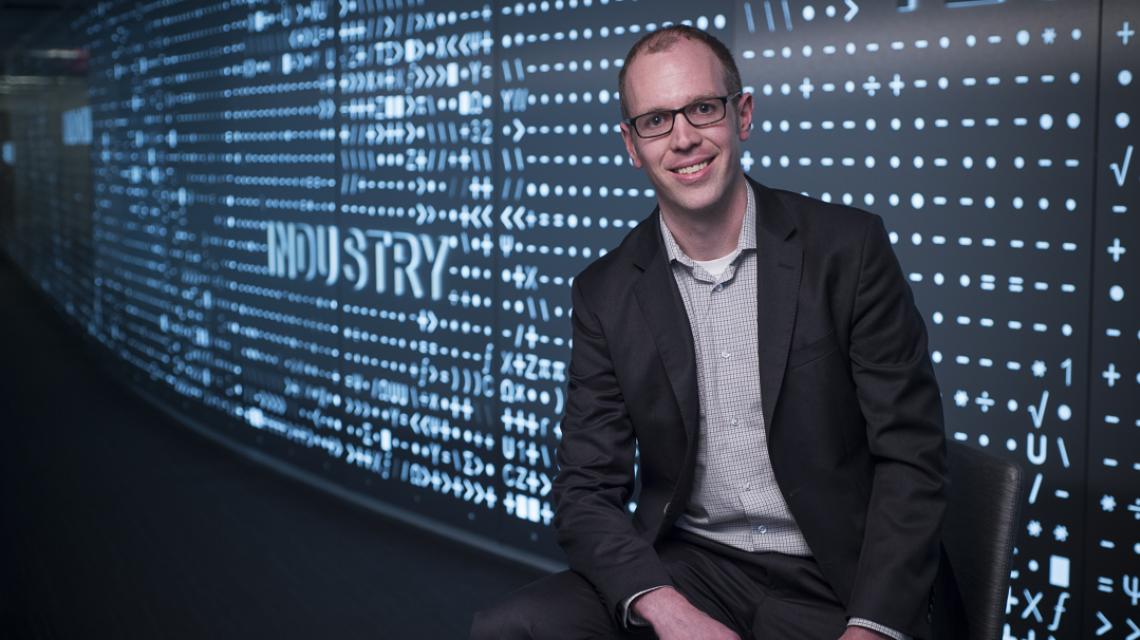 One challenge when using polymeric membranes in gas separations is that the polymers are typically made of hydrocarbons. “If you have the same type of hydrocarbon components in your polymer that you have in the feed-stream you’re trying to separate, the polymer can swell or dissolve or lose its separation performance,” says Smith. “We’re looking to introduce non-hydrocarbon based components such as fluorine into polymers so that the membrane interacts better with hydrocarbon based mixtures.”

Smith is also experimenting with adding metal-organic frameworks (MOFs) to polymers. MOFs, which are formed by linking together a metal ions or metal clusters with an organic linker, may not only solve the hydrocarbon problem, but the entropic disorder issue as well. “MOFs let you form one, two, or three-dimensional crystal structures that are permanently porous,” says Smith. “A teaspoon of MOFs has an internal surface area of a football field, so you can think about functionalizing the internal surfaces of MOFs to selectively bind to or reject certain molecules. You can also define the pore shape and geometry to allow one molecule to pass while another is rejected.”

We’re looking for targets where we would have the most impact. Our membrane technology has the advantage of offering a much smaller footprint, so you can use them in remote locations or on offshore oil platforms.

Unlike polymers, MOF structures won’t typically change shape, so the pores are far more persistent over time. In addition, “they don’t degrade like certain polymers through a process known as aging,” says Smith. “The challenge is how to incorporate crystalline materials in a process where you can make them as thin films. One approach we’re taking is to disperse MOFs into polymers as nanoparticles. This would let you exploit the MOFs’ efficiency and productivity while maintaining the processability of the polymer.”

One potential advantage of introducing MOF-enhanced polymeric membranes is process intensification – bundling different separation or catalytic processes in a single step to achieve greater efficiencies. “You can think about combining a type of MOF material that could separate a gas mixture and allow the mixture to undergo a catalytic reaction at the same time,” says Smith. “Some MOFs can also act as cross-linking agents. Instead of using polymers directly cross linked together, you can have links between MOF particles dispersed in a polymer matrix, which would create more stability for separations.”

Due to their porous nature, MOFs may potentially be used for “capturing hydrogen, methane, or even in some cases CO2,” says Smith. “You can get very high uptake if you create the right type of sponge-like structure. It’s a challenge, however, to find materials that selectively bind one of these components in very high capacity.”

A similar application for MOFs would be storing hydrogen or natural gas for fueling a car. “Using a porous material in your fuel tank would let you hold more hydrogen or methane,” says Smith. Smith cautions that MOF research could take decades before it achieves fruition. His lab’s polymer research, however, is much further along, with commercial solutions expected in the next five to ten years. “It could be a real game changer,” says Smith.