As manufacturers in the United States outsource their production to the lowest-cost suppliers around the world, they lose the advantages of exploiting rapid changes in manufacturing methods required for more innovative products, says Jung-Hoon Chun, MIT professor of mechanical engineering. Although these companies may boost their short-term profits, in the long run they become less competitive, he says.

Academic experts, such as the faculty engaged in the MIT Forum for Supply Chain Innovation, have long made this point in the debate about the tradeoffs of manufacturing in the U.S. versus overseas. But while this is a straightforward point to make, it would be taken a lot more seriously if it were backed up by quantitative analysis, Chun says. 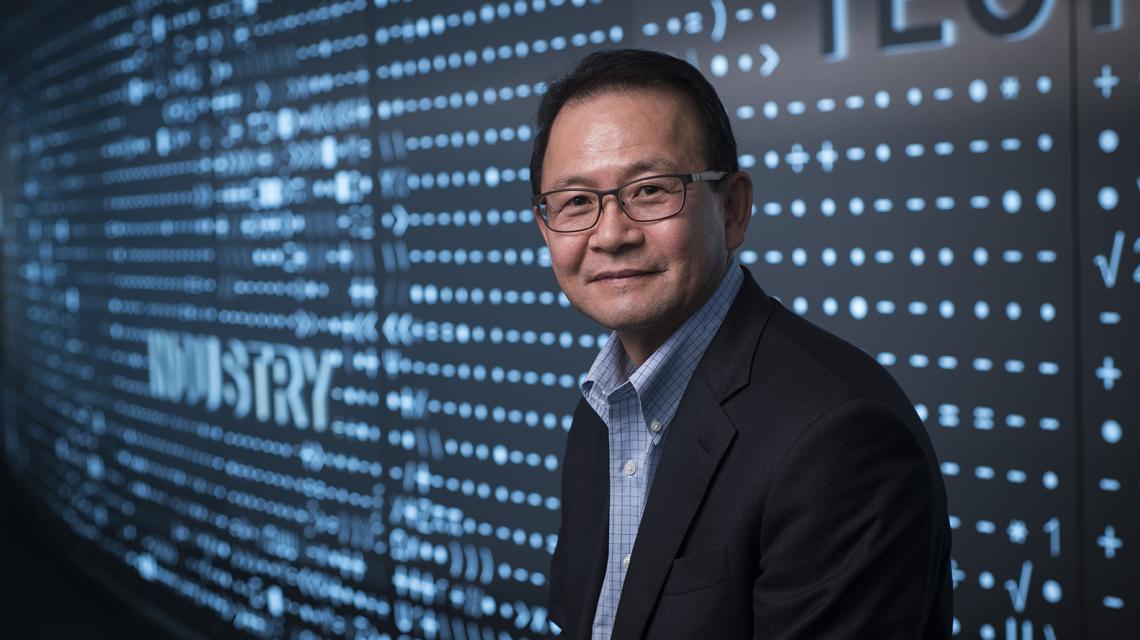 In the field of economics, he says, there’s a concept known as an economic multiplier—you invest a dollar in the right places and you get multiple dollars back. “I believe there’s a similar concept in technology—the technology multiplier,” he says.

“If you do manufacturing yourself, the knowledge you gain can enable you to make much more complex products, or come up with a new innovation, or do innovation faster,” Chun explains. “So when companies make a decision on whether to do manufacturing themselves, rather than just calculating their financial return on investment, they should also look at the technology multiplier.”

He is launching research to measure the quantitative technology multiplier effects of manufacturing, aiming for pilot projects in the electronics or automotive industries.

Chun’s own research has produced a number of advances that have been widely adopted by manufacturers around the globe.

One advance is a way to produce solder balls via uniform droplet processes. “If you use any electronics device, it has this component produced by the process invented by our group,” Chun says.

Among other research accomplishments, his lab has developed copper chemical mechanical polishing techniques now employed worldwide by semiconductor fabrication facilities. In his own industry partnerships, and in his role as director of MIT’s Laboratory on Manufacturing and Productivity, Chun began to look at the impacts of sending manufacturing out to countries with lower costs of labor and other resource. “I found that as manufacturers ask subcontractors to produce their product, they start losing their own skill set on how to produce the product, so it gets more difficult to improve their operations,” he says.

This trend is not new. “If you look at the new U.S. government program on advanced manufacturing, which aims to build centers of excellence for different areas in manufacturing, it says that we lost all the suppliers,” Chun comments. “Even if you have an idea, you can't build a prototype to test; you have to go to China to have it tested. But as a country, if you lose the skill set, it’s very difficult to compete.”

Talking with U.S. manufacturers about this issue, he was frustrated with their focus on low-cost supply opportunities around the world.

Manufacturers in other countries may be more likely to keep close tabs on how they actually make their products. “For example, when some companies have operations in China, hiring Chinese workers on Chinese soil, they send their managers to manage the operations and capture all that information,” Chun says. “But in general, when many other companies give work to a Chinese vendor, they go there as supervisors but not to actually operate the factory. The U.S. overall has lost that appetite.”

Finding meaningful quantitative measures of the technology multiplier effect of domestic production will not be a quick exercise, Chun acknowledges.

“First we have to find out what metrics to use and how we can measure them, either industry by industry, or process by process, or product by product,” he says. “It will take some time before we can tell you for sure what we can actually measure.”

Chun is leading a group of his students in preliminary studies of technology multipliers in manufacturing. He is also talking with companies in global industries that place a premium on innovation, including electronics and automotive suppliers, to ramp up the analytic work.

These suppliers often follow quite different strategies about manufacturing, he notes. For example, some European automotive companies such as BMW and Porsche have brought certain supply operations back in-house, because they worry about losing their grip on key manufacturing technologies.

Eventually, with quantitative measurements of technology multiplier payoffs, “I can communicate with top decision makers about why they need to do manufacturing,” he says. “Then schools like MIT can develop engineers with the skill sets that are required and send them to these companies.”