Associate Professor of the Practice

Associate Professor Ethan Zuckerman, Director of the Center for Civic Media at MIT Media Lab, discusses the opportunities and consequences of participatory media.

We met with Associate Professor Ethan Zuckerman, Director of the Center for Civic Media at MIT Media Lab, at the height of the media cacophony prior to the 2018 U.S. mid-term elections. Fueled by social media, the public was lurching from one alleged crisis to the next at such a rate that it was hard to make sense of it all.

“There’s all this competition to create viral material so that people will amplify it with social media, and that has all sorts of negative tendencies,” says Zuckerman. “We’re in the middle of a tropical rainforest, and we don’t understand the food cycle. We need to understand how good and mis-information spreads within the ecosystem. At the Center for Civic Media we study how individuals, social movements, and other groups try to change the world and how they use media to make social change.”

Almost a decade ago the Center began collaborating with the Harvard Berkman Klein Center to develop a set of quantitative media database tools called Media Cloud. “We ingest tens of thousands of newspapers every day into a database that lets us look at media over time,” says Zuckerman. “Our powerful search engine lets you look back over the years at news websites, newspapers, political blogs, and radio and television news to see how conversations about the news have changed.”

We ingest tens of thousands of newspapers every day into a database that lets us look at media over time. Our powerful search engine lets you look back over the years at news websites, newspapers, political blogs, and radio and television news to see how conversations about the news have changed.

“With Media Cloud, civilians, social activists, social scientists, and corporations can analyze word frequencies or find out when we started talking about certain issues,” says Zuckerman, who recently used the tools to research a paper on the Black Lives Matter movement. “You can use it for whatever you want, from researching social movements to analyzing brands.”

Anyone can use the open source Media Cloud for free or download the code to build their own repositories. In France, for example, Sciences Po has adapted Media Cloud to study the French media system.

One finding culled from Media Cloud by Harvard University’s Yochai Benkler is that “the ‘fake news’ story surrounding the 2016 elections has been badly overhyped,” says Zuckerman. The impact of Russian hackers creating misleading news stories had far less of an impact on the election than domestic propaganda, he explains. “You had a lot of highly colored information or misinformation coming from the far right through sites like Breitbart that ended up on Fox News. It had an enormous effect on what the media talked about.” 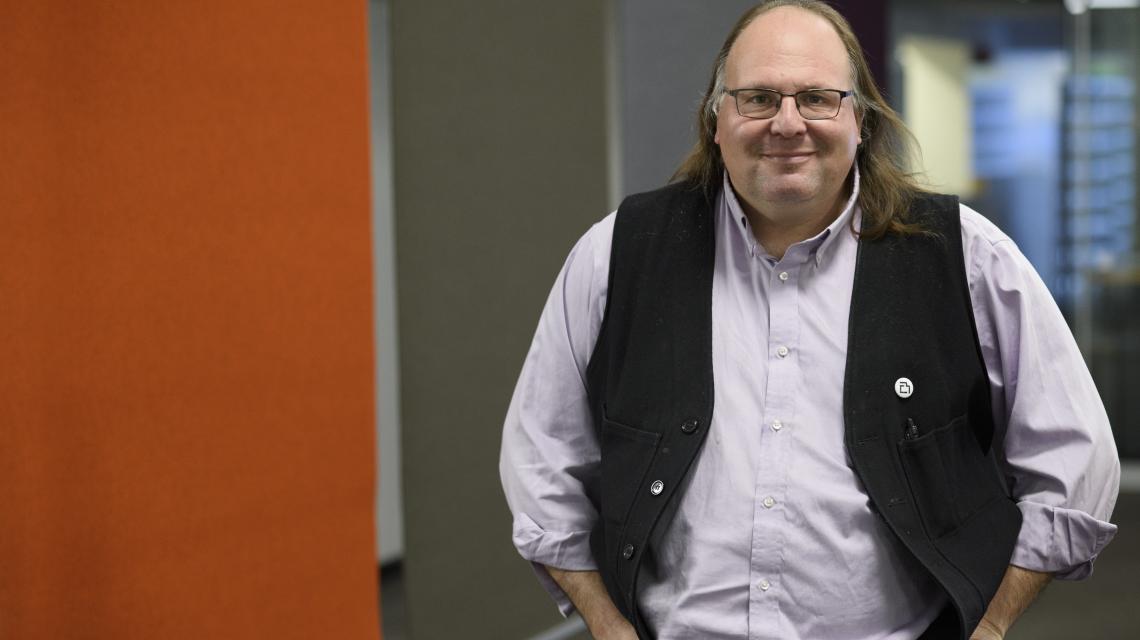 Another trend identified using Media Cloud is the increase in news stories linked to the President. “Donald Trump is much more present in media than his predecessors,” says Zuckerman. “Obama appeared in about 8 percent of new stories in 2014 compared to about 22 percent for Trump.”

Media Cloud studies have also revealed “what we’re losing from media given this incredible focus on partisan politics,” says Zuckerman. “We’re losing all of our cushioning. Newspapers used to have more human-interest stories and things like film reviews and baseball scores -- all of that is being squeezed out. If you feel like there’s too much news, that’s literally becoming true.”

In recent decades, news organizations have gone from being “pretty simple organisms to very complex feedback systems,” says Zuckerman. As late as the 1980s, most news organizations produced news and controlled the distribution pathway, and aside from the occasional letter to the editor, there wasn’t much reader interaction.

“All that changed in the 2000s,” says Zuckerman. The news audience can now share and comment on news via social media, and even make their own content. In addition, news producers “no longer control the distribution channel, which has now become a discovery channel. Google and Facebook are now the ones making the money.”

The current state of aggregated news not only poses an existential financial crisis for the news business, it leads to “all sorts of vulnerabilities to manipulation by bots and others,” says Zuckerman. “There’s enough wrong in the system to keep academics busy for a long time.”

Over the last decade, public opinion about social media has shifted from praise for a tool that stiches communities together and enables grassroots social action to criticism about invasions of privacy, amplification of partisan politics, and the spread of misleading news to manipulate elections. What went wrong?

“During the Arab Spring we had this moment of enormous enthusiasm, and not necessarily misplaced,” says Zuckerman. “Facebook had a lot to do with what happened in Tunisia and Egypt. Since then we’ve learned that social media is very good for airing grievances and building movements, but it’s terrible for getting people to engage deeply with one another. Social media can be a disruptive and dangerous force.”

Aside from blatant attempts to manipulate public opinion through mis-information, it’s becoming increasingly clear that “social media by itself may be pushing us toward extremes and isolating us into ideological echo chambers,” says Zuckerman. “We may need a different vision of social media if we want a healthy democracy.”

That goal is being hampered, however, by growing consolidation into a few proprietary social media platforms. “It’s hard to experiment with different ways of interacting,” says Zuckerman. He notes that Egyptian activist Wael Ghonim, who helped launch the Tahrir Square uprisings in Cairo with the help of a Facebook page, struggled with launching his own Parlio social networking site in the shadow of Facebook’s dominance.

In his recent book, “Rewire,” Zuckerman argues for the development of a decentralized Internet that supports a variety of social networks. “I’m interested in getting back to a world that is more like the 1990s Internet where it was fairly easy to start up an online presence with its own ruleset,” says Zuckerman. “A more cosmopolitan Internet might enable thousands of different social networks with competing rules, as well as spaces where people on the right and left could come together to discuss issues.”

Even today’s proprietary social networking platforms can provide social activists with effective tools to quickly create groups like the Tea Party and Trump’s MAGA campaign on the right and movements such as Me-Too, Black Lives Matter, and anti-gun campaigns on the left. “Participatory media allows for ridiculously easy group formations,” says Zuckerman. “These days there’s a very a fine-grained distinction between a conversation and a movement. Only 12 hours after Alyssa Milano’s post about sexual harassment, some 60,000 women had joined the Me-Too movement, and it became a media story.”

After the mass shootings last year in Parkland, Florida, many of the young survivors traveled to the state capital to lobby for anti-gun legislation. “Not only did the legislators not meet with them, they passed a bill blaming the shootings on online pornography,” says Zuckerman. “So the kids decided there was another way to gain power.” Emma Gonzalez, David Hogue, and others went online and quickly built a mass movement that, among other accomplishments, persuaded Dick’s Sporting Goods to stop selling assault weapons.

Less than 20 percent of Americans say they have a great deal of confidence in Congress to do the right thing, compared to 77 percent in 1964. Trust is also collapsing in corporations, universities, banks, and churches.

“It’s pretty incredible that these movements can come out of nowhere and become so impactful,” says Zuckerman. “People are finding that online platforms can be a lot more nimble, flexible, and sometimes more practical than conventional political channels.”

Mistrust on the rise

The political environment in the U.S. is not only being transformed by digital media, but also a growing distrust of institutions from both the left and the right. In his upcoming book, “Mobilizing Mistrust,” Zuckerman explores how this phenomenon is challenging politics while offering new opportunities for social action.

“Less than 20 percent of Americans say they have a great deal of confidence in Congress to do the right thing, compared to 77 percent in 1964,” he notes. “Trust is also collapsing in corporations, universities, banks, and churches.”

Motivated in part by mistrust of institutions, social activists such as the Parkland protesters, are increasingly working outside those systems, says Zuckerman. Mistrust of institutions is often warranted, but it can also lead to a general mistrust of anyone who looks, acts, and thinks differently. The resurgence in overt racism and hate speech in recent years has inspired another project Zuckerman is working on called the International Hate Observatory.

“We’re expanding our Media Cloud work to cover sites like 4chan, 8chan, Reddit, and Gab,” says Zuckerman. ” These are dark web sites that traffic in hate speech, which Zuckerman refers to as the dank web. “We need a Media Cloud resource that groups like the Anti-Defamation League and the Southern Poverty Law Center can use to study how hate speech is spreading online.”

Despite the dangers of the current political environment, Zuckerman sees signs of hope: “It seems like this is a moment when enormous change is necessary and possible.”