Paula Hammond's research is focused on developing layering techniques that generate thin films which can coat a range of different materials in biomedical applications.

Just over a year ago, Paula Hammond, PhD, assumed leadership of MIT’s department of chemical engineering but she remains just as committed to fulfilling her own research mission as she has been since joining the MIT faculty in 1995.

Hammond, who explains she has always had "a strong affinity for the living cell and how materials can interact with cells," develops polymer materials for a broad range of biomedical applications. “We go from the very large-scale to the very small-scale in our lab,” she says. Projects in the Hammond lab range from developing new large-wound treatments, addressing chronic wounds and bone regeneration, down to vaccination through the skin and targeted cancer drug delivery. Hammond is also a core faculty member of the Koch Institute for Integrative Cancer Research and was a founding member of the Institute for Soldier Nanotechnologies at MIT.

The foundation of most of Hammond’s current research work rests on the development of layering techniques to generate thin films that can coat a range of different materials.

“We are taking advantage of the fact we have a process that uses water as the way in which we can generate these films to create a multi-layer thin film that contains multiple drugs,” Hammond explains. This process allows introduction of proteins and DNA into layered films without denaturing and destroying their function. It means higher amounts can reach the treatment area than is possible in traditional polymer materials.

Because the films are constructed one layer at a time, different drugs can be placed in different layers. “This means we can tune how the drugs come out from that surface, releasing them in a staggered profile designed to precisely match what the body needs at the right time” she says. In practice, her lab has developed biomedical implants coated with layers containing antibiotics to prevent infection and layers that release proteins that promote the growth of bone around the implant. Her team has created functional systems for orthopedic implants, including whole joint implants, and to regenerate bone even in an infected joint area. And, her team has generated thin films that can coat almost anything – a thread, suture, bandages.

One of her latest projects, supported in part by the US Army through the Institute for Soldier Nanotechnologies, includes coating bandages with systems containing nucleic acids called siRNA which silence genes that can cause scarring, for example. “This is interesting because a number of wounds don’t heal correctly, such as in diabetic ulcers or large traumatic wounds or burns that are scarring or fibrotic,” Hammond adds.

She has also used the same technology to introduce proteins into bandages that help stop bleeding. These bandages can be stored without the usual need for refrigeration, instead carried by soldiers or easily supplied by medics. “We are designing them now so they can release a range of compounds that a wound needs – not only to stop the bleeding but also eliminate any possible infection and try to allow the wound to heal more naturally,” she adds.

Designing nanoparticles that can deliver drugs directly to cancer cells occupies much of Hammond’s laboratory time. In particular, she is focused on designing new treatment strategies for more aggressive or drug resistant cancers. One of her current endeavors uses the layering approach to wrap a chemotherapy drug into a nanoparticle core. “This is something that allows us to take an existing nanoparticle material that is already FDA-approved – like a liposome or a vesicle—that we can insert a chemotherapy drug into,” she explains. Further, the chemotherapy-encapsulated nanoparticle can be layered with siRNA to blocks the genes that allow cancer cells to survive. The siRNA itself is coated with a protective compound that prevents its breakdown in the body. The entire ‘cancer superweapon’ is one-hundredth the size of a human hair. 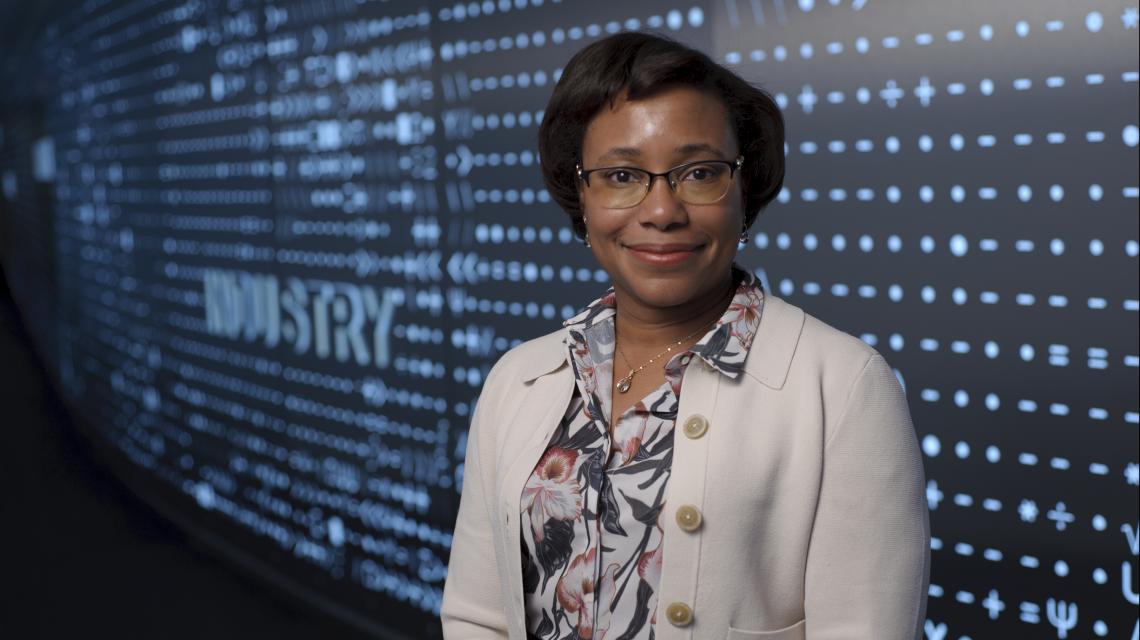 Like a Trojan horse, once inside the cancer cell siRNA is released that lowers or eliminates the defense mechanism those tumor cells have. Then the chemotherapy drug releases killing those cancer cells. This technique may prove relevant for several aggressive/resistant tumor types such as triple negative breast cancer, advanced recurring serious ovarian cancer which has advanced to a genetic form that is resistant to chemotherapy, and in non-small cell lung cancer, which is one of the more aggressive lung cancer types.

Currently, her lab is attempting to mimic different kinds of biomaterial functions, such as recreating natural antibacterial capabilities that do not allow for the development of resistance. Tackling Tough Global Engineering Problems As the department prepares to celebrate the centennial of its School of Engineering Practice in October 2016, Hammond is looking forward and her vision includes addressing some of the world’s most overwhelming engineering problems that demand solutions quickly. “This is a wonderful time to look outward and see how our tool sets apply to some broader but very important areas – like energy, water, climate, and air pollution,” she says. She wants to see MIT chemical engineers provide more effective solutions for environmental remediation, carbon dioxide sequestration, and generation of potable water to positively impact the health of the planet.

On the biomedical front, Hammond is very interested in helping tackle today’s new biopharma challenges, such as developing consistent, large scale manufacturing of nanofabrication materials and continuous manufacturing of pharma products with the end goals of providing the most consistently made, broadly available products. Recognizing the growth of personalized medicine, Hammond is enthused about the possibility of developing a specific, yet very agile kind of precision manufacturing approach that will make precision medicine a manufacturable and scalable reality.

“Now is a wonderful time to reach out and engage the biotech and the other technical industries around us,” Hammond says. “In fact, we are trying to build new opportunities and partnerships because we do have a vision where our technology can go and because such a large number of the products coming from our department are being translated.”