The study of supply chain logistics has risen to prominence in the wake of global commerce, but it has primarily focused on global and regional networks. Now we’re seeing a growing body of research into “last mile” logistics for delivery of products in the city. The growing congestion of cities and the explosion in e-commerce home delivery have challenged traditional last-mile logistics strategies that have focused on point-of-sale delivery.

Even before the e-commerce boom, last-mile logistics have been complicated by increasing gridlock in fast-growing megacities. The complexity is heightened by the often-conflicting demands of retailers, e-tailers, unions, government officials, citizen activists, and a diverse ecosystem of shipping firms.

“In the city, shipments are typically much smaller and more fragmented than in regional transport,” says Matthias Winkenbach, a research scientist at MIT’s Center for Transportation and Logistics, and director of the Megacities Logistics Lab. “There’s greater uncertainty and complexity caused by increasingly dense and congested cities.”

People are getting used to the convenience of ordering products online and receiving them the next day or even the same day. That creates a lot more traffic, congestion, noise, and emissions.

E-commerce has significantly increased that complexity. Not only are there more trucks plying the streets, but they make more stops, which further hinders traffic.

“Home delivery routes of e-commerce shipments typically consist of 50 to 150 stops per day, depending on the type of vehicle,” says Winkenbach. “By comparison, beverage distributors to commercial clients have routes of 10 to 15 deliveries. The process of looking for parking spaces -- and the practice of double parking when none can be found -- are the key drivers of inefficiency and congestion.”

Consumer e-commerce also boosts the chance of delivery failure, which adds to complexity and cost. “You often need to schedule deliveries for customer specific time windows, and there’s a greater risk the customer will not be home,” says Winkenbach.

Last mile logistics planners need to accept the new reality of Internet shopping because it’s only likely to keep growing, says Winkenbach. “People are getting used to the convenience of ordering products online and receiving them the next day or even the same day. That creates a lot more traffic, congestion, noise, and emissions.”

Back to the city

In recent decades, logistics centers have moved from the cities to the exurbs, due in part to lower real estate costs. With increasing shipments in urban areas, however, there are now more multi-tier distribution systems, in which hubs are augmented with smaller logistic centers and fulfillment operations in the city.

“Now that people expect faster, more tailored, and more flexible e-commerce delivery, logistics is moving closer to the customer with multi-tier systems,” says Winkenbach. “We are helping companies answer questions like how many satellite facilities are needed, where they should be located, and what their function should be. Should certain facilities be limited to transshipment, or should some also hold inventory?”

Retailers and delivery firms are also starting to augment their fleets by outsourcing delivery to third-party services. “Companies are experimenting with on-demand fleet services including crowd-sourced delivery providers like UberRUSH,” says Winkenbach. “On-demand services create flexibility for logistics service providers and retailers by letting them temporarily expand delivery capacity. They can cover the baseload with their own fleets, and then use on-demand services to cover peak periods, as well as the most urgent and cost-insensitive delivery requests. That might be more cost effective than owning a larger fleet that is less utilized most of the time.” 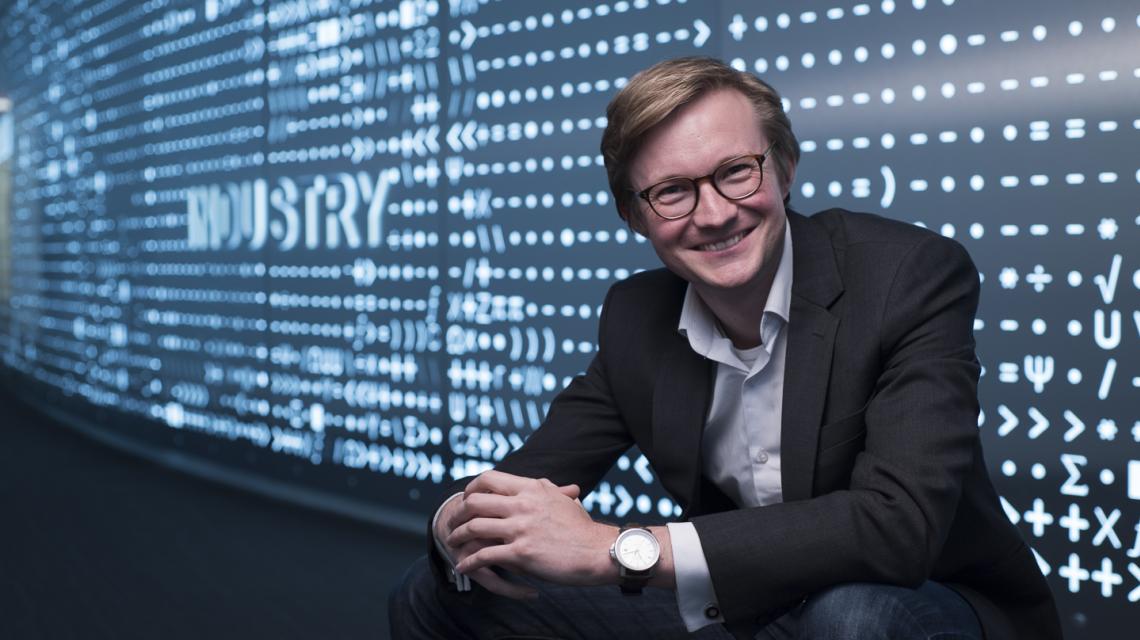 The complexity of last mile logistics would seem to be a natural fit for Big Data. Yet, most companies are better served with more traditional database analytics, advises Winkenbach.

“Companies have a lot of data to sift through, but it tends to be simple data like transactions, delivery records, and customer information, primarily stored in-house,” he says. “By combining it properly, you can generate a lot of insight into how demand is structured, how your customers behave, and how you can adapt your delivery systems to better serve customer needs.”

Route planners are often insulated from the complex realities of the delivery process, which leads to erroneous assumptions, says Winkenbach. “They often assume that drivers can park the vehicle in front of the customer’s house, but this is often not the case. The drivers know where they can potentially park, which might be three blocks away, but that information rarely makes it into the planning process.”

One way to integrate these insights is through location tracking, which is greatly enhancing last mile logistics. “Most fleets now have GPS tracking, and the resolution and accuracy is improving,” says Winkenbach. “Movement data is extremely useful for extracting local driver knowledge. By connecting movement data with transactional data, you can know where the vehicle parked and which customers were served from that stop. This enables route planners to come up with more realistic plans that drivers can actually adhere to.”

GPS and traffic data are also used for on-the-fly routing. At least two MIT based startups provide smart routing software for urban fleets, says Winkenbach. “They let you redesign the route based on the most current information about congestion patterns.”

Exchange of last mile delivery information between companies – or even sharing the deliveries themselves – are two often overlooked ways to improve service. “I have ridden on half empty delivery trucks of several consumer product companies in Mexico City that serve the same customers often at the same times,” says Winkenbach. “If they were willing to cooperate or even consolidate shipments, they could create tremendous economic savings and positive impacts on congestion and emissions. We can act as a neutral entity to bring companies together without fear of revealing confidential data.”

Beyond GPS, there are a variety of technological solutions that can improve last mile logistics. In Europe, for example, DHL has pioneered the use of neighborhood smart lockers.

“The customer usually likes smart lockers because they can walk a short distance to receive their package whenever it’s convenient,” says Winkenbach. “Logistics service providers like them because they consolidate demand, letting them drop a lot of shipments at one stop. This reduces the risk of failed delivery to almost zero, while increasing efficiency and lowering cost.”

Smart city infrastructure can also be useful for last mile logistics. “Companies like GE and Siemens are working on smart street lighting with sensors that detect where free parking spaces open up,” says Winkenbach. “If you made that data available to service providers, it would streamline deliveries and reduce double parking.”

Autonomous vehicles have been proposed for last mile delivery in cities with high labor costs. Yet, the conveniences imagined for self-driving taxi services do not translate to package delivery. With autonomous taxis, the routes can be coordinated to pick up new passengers near the drop-off point, so the vehicle rarely drives empty. Package delivery, however, is usually a one-way process: Delivery trucks distribute the goods, and then return to the warehouse empty.

Drone technology is getting sufficiently advanced to make delivery possible, but you also need the infrastructure. Most households lack space for a landing patch, and you would need to regulate and coordinate thousands of drones so they could fly efficient routes without crashing.

Autonomous vehicles might reduce labor costs, but they add to vehicle and infrastructure costs, says Winkenbach. The last few meters are especially problematical. You would either need many more smart lockers positioned so that the vehicles could directly fill them with robotic extensions, or the vehicles would need to incorporate smart lockers. In either case, doorway delivery would be unlikely.

Amazon’s drone delivery video has sparked imaginations, but drones pose even more problems. “Drone technology is getting sufficiently advanced to make delivery possible, but you also need the infrastructure,” says Winkenbach. “Most households lack space for a landing patch, and you would need to regulate and coordinate thousands of drones so they could fly efficient routes without crashing.” In addition, cargo space is limited, and people might not appreciate the noise of thousands of drones buzzing around.

Winkenbach does, however, see a potential future application for combining autonomous vehicles with drones. “Autonomous vans could drive through the city, launching drones that would make short hop deliveries to consumers, and then return to the van. That minimizes the number of drones and the distance they fly, and because the van never stops, it speeds delivery and alleviates congestion.” On the other hand, the drones would still need to safely and gently deposit packages on doorsteps, and larger packages would be off limits.

The role of regulation

Government regulations can both hinder and help last mile logistics, says Winkenbach. “One bad example we see a lot in Latin America are governments imposing access restrictions for commercial vehicles based on vehicle type. The restrictions actually lead to an increase in the number of vehicles because companies split the load into smaller vehicles that are allowed in.”

Regulation can also help, however. For example, the government of Santiago, Chile, now dedicates parking spots for freight vehicles during certain hours. “This alleviates congestion and improves the efficiency of last mile delivery,” says Winkenbach. “The challenge is determining how many such spots you need, where they should be located, when they are available, and how they are regulated. This is where our GPS-driven analytics services can help: by identifying how freight demands vary in different parts of the city.”

Winkenbach believes that carbon taxes are a better way to regulate last mile delivery than access restrictions. “A carbon tax might encourage companies to be more efficient in the way they route their vehicles, and will probably incentivize them to change their choice of vehicle type,” he says. “I don’t think it would change consumer behavior, however. We are used to ordering on Amazon and receiving the goods the next day, and it’s unlikely that will change due to rising delivery costs.”