Disruption has long been the rallying cry for startups aiming to reinvent the business landscape with digital strategies. But where does that leave established companies, which are far more likely to be the disruptees? The typical response to digital threats is defensive posturing. Yet, MIT’s Jeanne Ross argues that companies are better off learning the rules to the new digital game and doing a little disrupting of their own.

“If established companies aren’t thinking about how their value proposition could change in a digital economy, they are opening themselves up for others to pick away at how they add value,” says Ross, who studies business architecture as a Principal Research Scientist at MIT Sloan School’s Center of Information Systems Research. “Value propositions are shifting, and things can happen faster. Everything can become information enriched. We have opportunities for new insights and the ability to connect technologically in ways we couldn’t have imagined before.”

We have opportunities for new insights and the ability to connect technologically in ways we couldn’t have imagined before.

Most companies have yet to wake up to the realities of what Ross calls SMACIT (social, mobile, analytics, cloud, IoT). Since she coined the term, Ross has added several new technologies to the list including biometrics and cognitive computing.

“It’s not that every technology affects every business decision, but for traditional companies not to imagine what new technologies make possible puts them at risk,” says Ross. “They need to ask what they could do that they could never do before that their future customers would love. It’s not easy to imagine.”

If that sounds overwhelming, Ross points to several large enterprises that have successfully re-imagined themselves in a digital light. Most of these companies “have stopped thinking about their primary product as what they sell,” says Ross. “Schneider Electric, for example, realized that electrical switches and circuit boards were only a small part of what their customers needed. Instead of basing their vision on selling products, which would become commoditized over time, they decided to sell energy management services.”

LEGO is another example of an established firm that has pivoted with new purpose. “LEGO used to sell toys, but it now it intends to develop the builders of tomorrow by repackaging the toys with interactions and educational opportunities,” says Ross. “Kaiser Permanente decided their goal should not only be to help sick people get well, but to provide better provider patient collaboration to help well people stay well.”

Simply having a digital vision isn’t enough, however. “You need to make sure the vision drives the behaviors of your company: how you spend money or hire staff, and what innovations you need vs. those you could live without,” says Ross.

Although established companies should not try to mimic all the practices of a digital startup, there are several lessons worth learning. “Big companies need to keep their digital products constantly updated like digital companies do,” says Ross. “Another lesson is that startups don’t start with some massive grand plan for the next ten years -- they start with an idea. Instead of trying to solve all their customers problems, they decide on one cool living asset. As you learn what your customers like and don’t, use and don’t, are willing to pay for or not, then you can enrich one asset and imagine the next one. You can start with a minimum viable product and keep enriching it, and then move it to an adjacent innovation.”

Before a company can implement a digital vision, it needs a strong digital foundation. That means eliminating business silos and establishing digital enterprise systems to improve information flow. Companies that accomplish this will have an advantage that’s unavailable to most digital startups. “Most startups sell themselves because they don’t know how to build an underlying backbone that allows them to scale,” says Ross.

Yet, despite the business world’s obsession with enterprise systems for the last two decades, progress has been painfully slow. “Our surveys suggest that only about 28 percent of established companies have gotten the transparency and access to master data that they need to move into a digital economy,” says Ross. Business silos are part of the problem. “Business silos obstruct many of the integrated capabilities that technology makes possible. We have to work around the silos or get rid of them.”

The persistence of silos is only one reason enterprise systems such as ERP and CRM platforms often fail to deliver. Many of these solutions create more work for people instead of less.

“There has been resistance to enterprise systems because they force us to change our behaviors, or add another layer of work,” says Ross. “But if they’re implemented well, companies get transparency in their processes, outstanding master data, and the ability to grow an underlying core capability. They get efficiency, reliability, and scalability. These implementations are not fun, however, and they force a lot of change.”

The concept of “fun” may not be a traditional business topic, but it’s a key element in disruptive digital startups. Even in established firms, today’s CIOs are less interested in working on the digital backbone, including ERPs, CRMs, and master data platforms, than in “playing with new technologies” and “imagining digital offerings,” says Ross. As a result, the basic digital plumbing required for future development is often neglected.

“It’s important to realize that these boring underlying enterprise operations are still important, and they improve if we use digital technology like IoT, analytics, and cognitive technology,” says Ross. “All of this can be very exciting.” On the other hand, “If you’re totally uninterested in your underlying platforms, outsource them -- give them to someone who will not find them boring. Do not create boring jobs in your company. That’s a death sentence.” 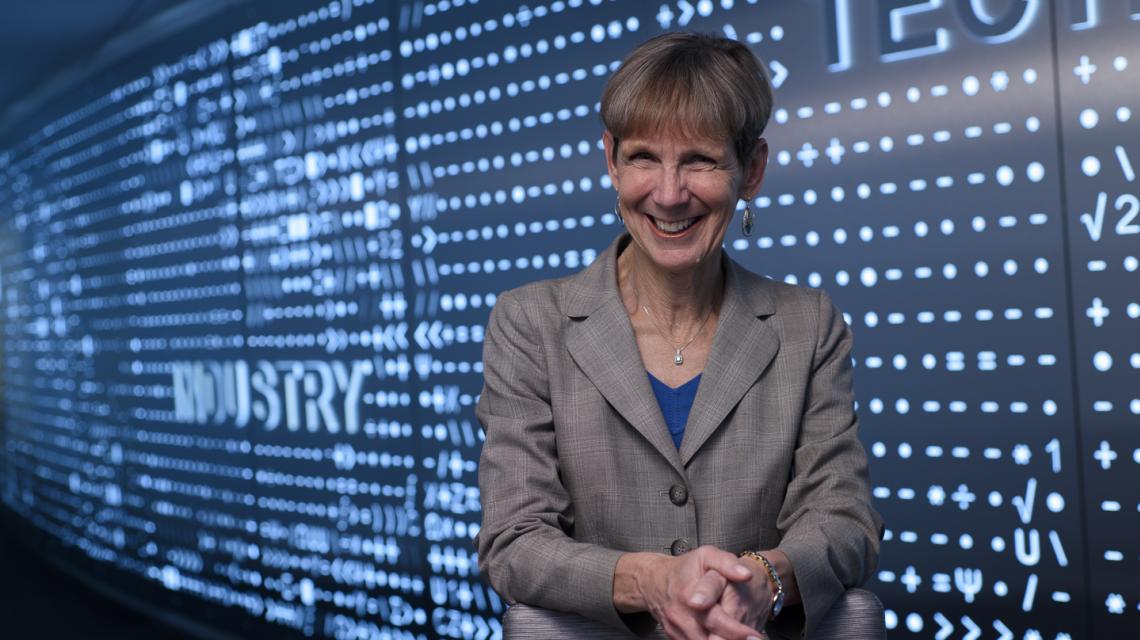 Once a company has established an operational backbone and has at least reduced or cross-ventilated their business silos, it can proceed with a digital vision. This requires a fundamental choice based on an evaluation of the company’s core competencies: Do you want to start with a product- or a customer-oriented strategy? It’s difficult to do both at once, says Ross, although one strategy eventually leads to the other.

If you’re totally uninterested in your underlying platforms, outsource them -- give them to someone who will not find them boring. Do not create boring jobs in your company. That’s a death sentence.

“One approach is to wrap your product or service with more information so it’s more valuable for customers,” says Ross. “But then you’ll have to convince your customers that they want that value. So companies like Schneider with great product ideas are forced to spend more time on customers.”

The alternative is a customer-driven digital strategy that eventually leads to innovative new products. “Companies like USAA or Principal Financial get tightly connected with their customers so they can recognize new digital capabilities and value propositions,” says Ross. “Closer customer engagement led USAA to moving into integrated solutions around buying, insuring, and financing automobiles.”

Once the digital vision is in place, there remains the challenge of execution. Over the last decade or two, companies have experimented with building innovation through shadow IT -- the concept of letting any department originate and nurture digital innovations before bringing them to IT for execution. That strategy has largely failed.

“In IT departments, shadow IT has had a bad name because IT’s efforts to develop an underlying infrastructure were being ignored,” says Ross. “Everyone was doing their thing, and sooner or later they knocked on IT’s door and said: ‘We’re getting too much demand or it’s not working any more – can you fix it?’ That’s the worst possible way to develop enterprise capabilities.”

Yet, Ross is now seeing a compelling twist on shadow IT. “More and more IT capabilities can be created as components, and if you understand how to build and reuse a component, shadow IT can help you innovate faster,” she says. “It’s not easy, and it can easily result in chaos, but local IT efforts can yield huge benefits to organizations that get the formula right.”

Some companies try to outsource digital innovation to consultants, but this is usually not the most effective strategy. “A part of your organization needs to have the job of constantly innovating,” says Ross. “Companies can do this internally through training, or they can acquire digital startups. They can also bring in people from digital startups, although they may have to change their culture.”

Despite the urgency of the digital challenge, companies that try to engage with every new technology can end up wasting time and money. “There’s so much hype on cognitive computing right now that companies are saying ‘Oh we’ve got to do something,’” says Ross. “But, while cognitive computing holds huge promise, many current use cases aren’t well suited to a cognitive solution. All they need is for someone to measure the outcomes of current business rules, and then think seriously about which rules still make sense.”

Many financial services companies are applying cognitive solutions to fraud detection, but the results have been mixed. “Some companies can just apply more precision to current fraud indicators,” says Ross. “Once they’ve done that, cognitive computing gives them only a little bump.” It’s also vital that you know what to do with the new cognitive AI insights. “You can use cognitive solutions to predict churn, but if you don’t know what you’re going to do once a customer is ready to churn, there’s no point.”

Yet, failing on a few digital experiments is better than failing to innovate at all. “Constant innovation in the digital economy is a very different way of thinking,” says Ross. “But companies need to be improving on a daily basis.”