Building a future in which good jobs still matter

Building a future in which good jobs still matter

Thomas Kochan argues that an increase in good jobs with a chance for advancement would not only offer a boost to the economy but also provide far-reaching psychological and sociological benefits to society.

Donald Trump’s ascendancy to the president was due in part to working class voters frustrated with stagnant wages and the decrease in high-paying jobs. Similar issues also vaulted Bernie Sanders to become a serious competitor for the Democratic presidential nomination. The early months of the administration have yet to reveal how President Trump will meet his promises on jobs, but if he’s looking for some bright ideas, he might want to pick up a new book by MIT Sloan School’s Thomas Kochan called “Shaping the Future of Work: What Future Worker, Business, Government, and Education Leaders Need To Do For All To Prosper.”

Kochan, who is Sloan School’s George Maverick Bunker Professor of Management in addition to being co-director of the Institute for Work and Employment Research, is a champion of the concept of work beyond its economic benefits. He argues that an increase in good jobs with a chance for advancement would not only offer a boost to the economy, but also provide far-reaching psychological and sociological benefits to society. 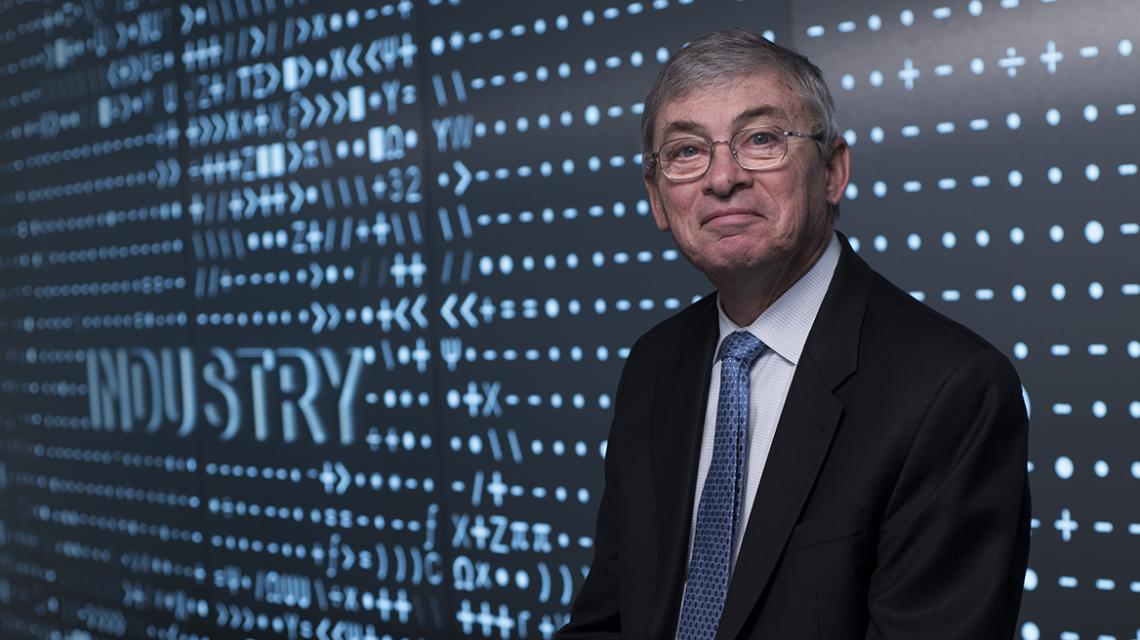 Such jobs are growing scarcer, however, and many of those that are available require more education and training than are found in today’s U.S. workforce. “The biggest challenges facing the workforce are to build more good quality jobs and to get wages moving in a positive direction again,” said Kochan. “We’ve had 30 years of wage stagnation and increased tensions at the workplace because workers are frustrated at the lack of advancement. We need to build companies that create jobs that compensate people fairly, and we need to increase and rebuild worker bargaining power. We also need business, labor, education, and government to work together to build a new social contract that works for the economy and all the workforce.”

Kochan agrees that globalization and technology have each played a role in the decline of well-paying jobs, but suggests that an even greater role is played by a lack of investment in training and education coupled with shareholder-driven companies that are resistant to wage increases and new hires. “Technology is going to displace some people and eliminate jobs, but it’s unclear to what extent,” says Kochan. “Our challenge and opportunity is to educate and train the workforce, invest in ongoing lifelong learning so workers can adapt to changes, and use the new technologies to address society’s big problems.”

Kochan calls for more teaching of behavioral skills such as leadership and teamwork in addition to building much-needed science, engineering, and math skills. “We’ve got to reinvest in technical training at the community college level, and continue to make college education more affordable,” he says. “We need to use online resources to reach a broader cross section of workers so they can adapt to the technologies as they change.”

Kochan believes there are opportunities to design technologies that augment human capabilities instead of simply replacing humans with physical and virtual robots. He points to IBM Watson’s healthcare initiative, which is developing AI applications that help physicians, nurses, and medical technologists to use the technology to make decisions. The initiative “can open up new applications and increase the opportunities for humans to use technology to meet patient needs and create good jobs,” he says.

While globalization has resulted in reduced jobs and wages in many sectors, it’s important not to conflate globalization with immigration policy, says Kochan. “We need immigrants at all levels of the economy, including highly skilled immigrants. Many of them are educated in our best universities, and then go back because we they can’t get visas. That’s a lost opportunity.”

The rise of globalization has helped hasten the decline of U.S. trade unions to the point at which unions now represent only 7 percent of the American private sector labor force. Unsurprisingly, stagnant wages have followed.

“The decline of labor unions leaves a void in worker voice,” says Kochan. “We can’t just recreate unions along with the adversarial relationships we have had in the past. We must look at what we know works. We’ve seen partnerships at organizations like Kaiser Permanente and Southwest Airlines in which labor and management work together to improve performance, to serve customers more effectively, and create great places to work with good wages.”

Wage disputes are still the leading issue for labor unions, which have recently enjoyed some rare victories in campaigns to convince cities and states to raise the minimum wage. “Unions are beginning to experiment with new strategies, such as the Fight for Fifteen to improve wages to $15 an hour,” says Kochan. “That started in Seattle with the Service Employees Union working in coalition with community and business groups.”

If the minimum wage is beginning to be realigned to the cost of living at the low endc, typical blue and white collar wages have not. One reason why we’ve seen stagnation in wages and new hires is that executives are pressured to maximize shareholder value in the short run. Wages and employment might increase if more companies followed the growing trend of balancing shareholder interests with increased worker ownership, says Kochan. Owner workers are more likely to care about a company’s long-term rather than short-term performance, and they have greater motivation to help meet those goals.

“There are now about 12,000 employee-owned businesses in the U.S., and they represent more people than are represented by unions,” says Kochan. “Some are very effective at sharing ownership and especially psychological ownership -- making people feel they are a part of the organization.”

Kochan also sees growth in organizations that charter themselves to improve benefits to society and the environment in addition to growing profits. “These companies organize their activities and reward their executives to meet this triple bottom line,” he says. “About 30 states allow those kinds of businesses to organize, and they’ve grown to about 1,000 companies across the U.S.”

Community-run companies, such as Kochan’s beloved Green Bay Packers, offer another alternative. “The city of Green Bay has owned the Packers since the 1920s,” says Kochan. “It gets no voting rights or profit, but the team can’t be sold. So you have an organization that is part of the society and culture of the area and provides enormous economic value for the region. How else could a city of about 100,000 support such a fine football team for so many decades?”

Another challenge for the future workplace is adapting to the growth in part-time and temporary jobs. “We have not updated our institutional policies to provide the same kind of safety nets for independent contractors that we have provided for full-time employees,” says Kochan. “We have to make our benefits portable. If I work for one company in the morning and drive an Uber in the afternoon, then the proportionate hours that go into my pension plan, and my health, disability, and employment insurance should be allocated according to the hours that I work. The account should stay with me as I move across jobs and occupations.”

While most of Kochan’s ideas align closely with traditional liberal and progressive values, he is opposed to an expansion of the welfare state. “I disagree strongly with those who say that we need a guaranteed basic income to make up for the loss of jobs,” says Kochan. “We can offer mechanisms such as minimum wage and income tax credits, and where necessary, disability pay, but we should realize that work has moral and psychological value. It gives us our identity and lets us contribute to society. Work needs a living wage and motivation to advance so people get the psychological returns. We haven’t figured out how to replace those functions of work.”