For as long as the internet has been a part of public life, MIT’s Daniel Weitzner has been working alongside technology developers to keep it safe, accessible, and secure. Following his tenure with organizations like the Electronic Frontier Foundation and the Center for Democracy and Technology in Washington, DC, Weitzner came to MIT in the late 1990s “when I naively thought we had figured out all the big internet policy problems and it was time to come here and do research,” he says. As we all know, that was not the case and as founding director of MIT’s internet Policy Research Initiative (IPRI), Weitzner is at the epicenter of addressing the significant public policy issues and challenges in today’s internet environment, including privacy and cybersecurity.

“The internet has gone quickly from being a curiosity to something we all depend on on a daily basis for our economic life, our social life, the operations of our government, the military, our industry,” he says. “Yet we still understand very little about how this environment works.” To better understand the real-life challenges of internet technologies, Weitzner left MIT to serve in the White House as Deputy Chief Technology Officer for internet Policy under the Obama administration leading initiatives on online privacy, cybersecurity, internet copyright, and trade policies to promote the free flow of information. What he learned there is while the internet was an enormous economic and social imperative that policy developers wanted more people to have access to it, for it to be stable, trustworthy and secure they needed guidance from the research community to understand the impact of different kinds of policy decisions. So Weitzner, also a principal investigator in MIT’s Computer Science and Artificial Intelligence Lab (CSAIL), returned to MIT determined to contribute the best technical expertise MIT has to offer. Along with his research, he leads courses in internet public policy in the MIT Electrical Engineering and Computer Science Department.

The internet has gone quickly from being a curiosity to something we all depend on on a daily basis for our economic life, our social life, the operations of our government, the military, our industry, yet we still understand very little about how this environment works.

“So much of the internet was pioneered here and it makes sense to apply that expertise to the pressing public policy questions,” he says. “For every question, there is key technology being developed at MIT. What we are doing with IPRI is that as we develop the new technology, we’re also exploring what the public policy questions are and what the smart approaches are for policy makers in those areas.” 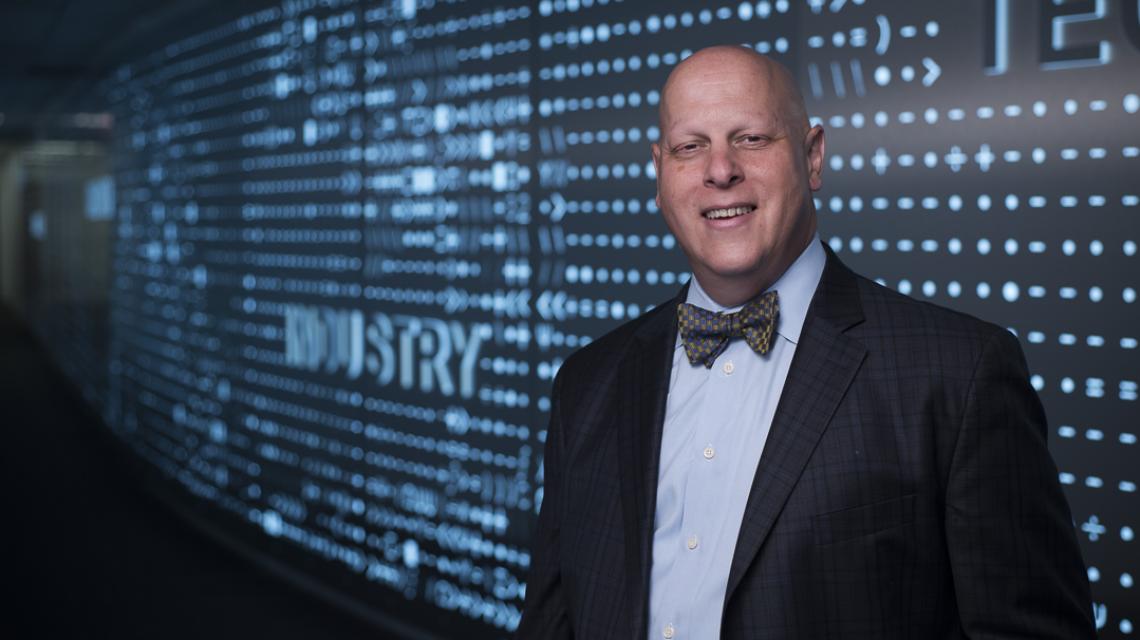 The mission of IPRI, which was founded in 2015, is to provide policy makers around the world with technically well-grounded guidance around what their internet policy options are for achieving key goals, such as internet privacy, cybersecurity, protecting critical infrastructures, and helping economies grow in a constructive way along with these new technologies. Companies that design internet systems are fundamentally aware of the need for creating infrastructure with a sense of how to approach these concerns. Weitzner and IPRI want to bring that expertise to companies in different industries, as well as to governments throughout the world, to help them address the policy challenges of interconnected digital systems. One of the earliest issues IPRI took on was the questions of how law enforcement should do surveillance in light of the fact that much of the communications that travel across the internet – particularly in smart phones – are encrypted from end to end. Law enforcement agencies were worried they would “go dark” – lose the ability to conduct surveillance. At the same time, others were saying there is so much more data collected now about people that law enforcement is in a golden age of surveillance.

IPRE published its first report in 2015, Keys Under the Doormat, to inform the public policy debate on encryption and law enforcement requirements all around the world. The result—fairly broad acceptance from many governments that while the law enforcement needs are legitimate and important, technology developers like Apple and others should not take steps to reduce the security of the infrastructure overall. “Now we are in the second phase of this project where we’re trying to understand what kinds of things can we do for law enforcement to meet their legitimate investigation needs without reducing the security of the environment overall,” Weitzner adds.

Throughout its network of projects, IPRI’s mission is to help bridge the gap between the internet technical and policy communities with systems security as one of their biggest areas of research. This involves cryptography issues and internet of Things (IOT) security questions. The goal: how to make systems more secure, particularly around critical infrastructure like the electric power grid, financial systems, communication systems, and healthcare systems IPRI has a large variety of projects in the privacy area. “I have learned that we still have a lot to learn about how people respond to different kinds of privacy relationships. When is it comfortable or not when giving out personal information?” he says. To get at these answers IPRI is conducting human/computer interaction study techniques to understand more about how individuals interact with computer systems. The goal is to understand what kind of privacy relationships companies should be constructing with their customers; the same for governments with their citizens so that people can interact freely and openly without undue concerns about collection of too much personal data or use for the wrong purpose.

The IPRI team also has a series of research activities related to internet network architecture. “This involves studying the roles of the internet service providers (ISPs) with the content providers,” Weitzner explains. “We want the internet to remain an open platform where everyone can speak and access information. We do not want the ISPs to act as censors or decide what content will be available. But we want them to be economically viable, to invest in their networks.” With ongoing debate about net neutrality, IPRI’s projects investigate how should ISPs be regulated, what rights should ISP users have, what rights for content providers. “We are trying to study the underlying network engineering associated with this questioning,” Weitzner says. “We are trying to avoid a private censorship regime and keep the internet fair and available at a shared cost.”

Finally, recognizing that we’re in a rebirth of artificial intelligence and the development of autonomous systems, such as machine-learning systems and autonomous vehicles, IPRI is also looking at the question of how to be sure that autonomous systems function in a way that is fair, safe, transparent, and respects individual privacy and other individual rights. Says Weitzner, “We want to be sure that these kinds of systems that make decisions at an extraordinarily rapid pace, taking huge amounts of data and making fine-grain decision, are accountable and can explain themselves.”