For an individual, the choice of what car to buy -- or whether to buy one at all -- is one of the more substantial ways to help mitigate climate change. Under the direction of the MIT Energy Initiative, researchers from across campus are exploring similar choices on the macroscale as the world transitions to decarbonized transportation.  Their recently released report, Insights into Future Mobility, is the product of a three-year, multidisciplinary study that examined global trends in personal mobility through 2050.

“Our study looked at the economics and transitions in personal mobility that we might see with different climate policies,” says Randall Field, executive director of the study as well as of the newly established Mobility Systems Center. “We examined how the light-duty vehicle fleet will evolve, what fuels will be used, and how those factors impact people and GDP.”

The Insights into Future Mobility report examines new technologies for cleaner light duty vehicles (LDVs) and explores the role LDVs will play in fast-growing urban centers. “We considered the overall demand for mobility in response to increasing populations and higher incomes and how that would affect the demand for vehicle ownership and miles traveled,” says Field.

The latter topic is a key focus of Dr. Joanna Moody, Research Program Manager for the Mobility Systems Center and a coordinating author of Insights into Future Mobility. “The world is rapidly urbanizing, which is putting a strain on our urban transportation systems,” says Moody. “The United Nations projects that 68 percent of the world’s population will be urban by 2050. That will cause increased demand for mobility, which if served by private cars will only lead to more congestion, road safety issues, air pollution, and greenhouse gas emissions.”

The report projects that rising global income will “bring more people into the middle class and able to afford their own vehicle,” says Moody. “Because our cities lack the physical, social, and environmental space to accommodate growth in vehicle miles, we looked at what motivates private vehicle ownership and use to inform how we can shift people to more sustainable transportation.”

The United Nations projects that 68 percent of the world’s population will be urban by 2050. That will cause increased demand for mobility, which if served by private cars will only lead to more congestion, road safety issues, air pollution, and greenhouse gas emissions.

In 2015, there were around one billion passenger vehicles on the planet consuming roughly 400 billion gallons of fuel and releasing 12% of global greenhouse gas emissions. LDVs account for almost 40% of transportation sector emissions and contribute to the deaths of millions of people every year from road traffic crashes and local air pollution. By 2050, the report predicts a half billion more passenger vehicles worldwide, with a roughly 30% increase in both LDVs and vehicle miles in the US alone.

By transitioning to lower-carbon fuels and powertrains, such as electric and hydrogen fuel-cell vehicles, the environmental impact of increasing demand for mobility can be mitigated. The study of automotive powertrains and fuels was therefore central to the report.

“We looked at the costs of ownership of electric vs. internal combustion engine vehicles and did a lifecycle analysis of the emissions from manufacturing to operation,” says Field. “We also examined the problems of recharging and refueling different types of vehicles and how they affect car purchases.”

Hydrogen-powered vehicles are cleaner than conventional gasoline and diesel cars but are hobbled by a lack of infrastructure to supply low-carbon, affordable hydrogen. The current trend is instead toward plug-in electric vehicles.

Yet progress is slowed by a roughly $10,000 per vehicle price gap between internal combustion engine vehicles and all-electric cars with ranges of more than 200 miles. The good news is that the study projects that the gap will decrease towards $5,000 by 2030. If you consider the higher operating costs for internal combustion engine cars, including fuel and maintenance, overall price parity could be achieved by 2030 in the US and the mid-2020s in markets with higher gas prices. Consumers, however, often have difficulty seeing beyond the upfront costs.

Electric cars: only as green as their grid

The report’s projections for electric vehicle adoption and overall LDV emissions vary considerably depending on how stringently regional governments increase requirements for fuel efficiency and whether they impose a carbon tax. They also depend on policies and new technologies for electricity generation. For example, electric car sales are booming in China, but their impact in terms of greenhouse gas emissions is blunted by the fact that the Chinese grid is highly dependent on coal energy. 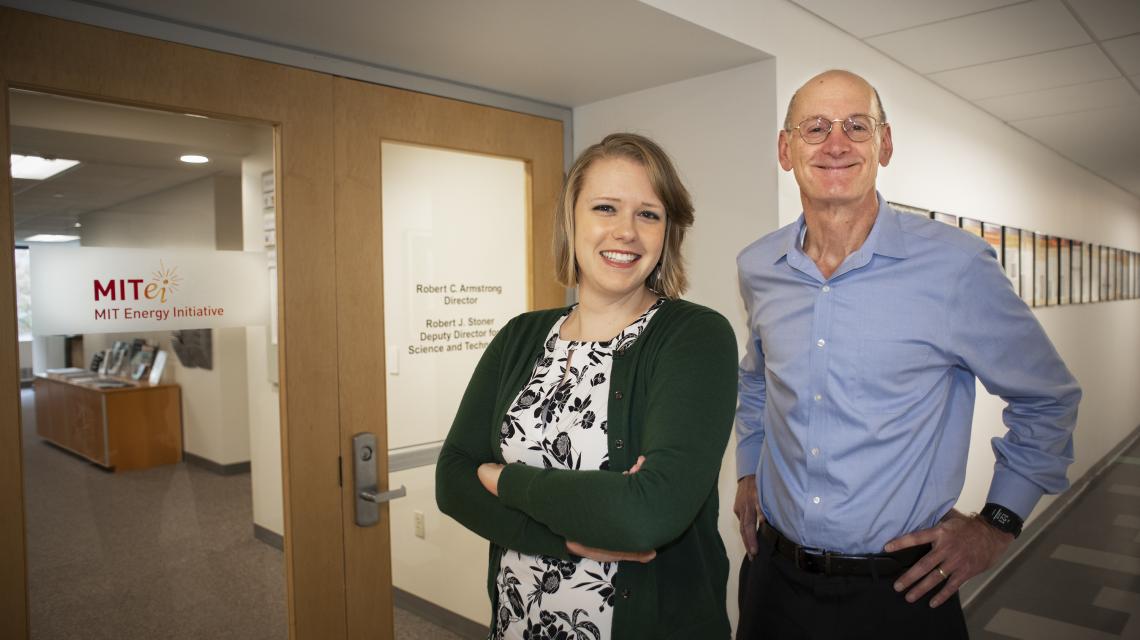 One of the biggest question marks is when and where hydrogen fuel cell powertrains will become competitive. “Fuel cells are very high efficiency engines with about 68 percent efficiency, and the only tailpipe emissions are water vapor,” says Field. Fuel cells also have shorter fueling times and longer range than battery electric, he adds, making them a good choice for long-haul trucking.

The potential for reducing the number of cars on the road depends in part on the concept of “car pride” —how people link their personal status and image to their car. “Our study surveyed 42,000 individuals in 51 countries to measure the symbolic attachment to a car and how much it influences ownership and use decisions,” says Moody. “We found that car pride is as predictive of a person owning a car as personal income. It’s highest in emerging markets where ownership levels are currently low, but where we expect to see a lot of growth. These attitudes may drive additional demand beyond what we might expect from population and income level alone.”

Some studies have indicated that younger generations in developed nations are rejecting car ownership in favor of mass transit, biking, and ride-hailing services. Yet, trends in car ownership and use are not always reflective of changing preference.

“Our study confirms that millennials in the US are driving fewer miles and own fewer vehicles than previous generations,” says Moody. “But if you compare baby boomers when they were 25 to people of the same age today, we found the desires for car ownership and use are about the same. The differences can be explained by millennials getting married and having kids later and taking longer to get into stable jobs with higher income.”

Even if we were to quickly transition to clean cars -- a task that will likely take many decades even with stricter regulations -- the expected boom in car ownership will lead to even more traffic jams, which could lead to regulatory or self-imposed practical restrictions on private vehicle usage. It’s unclear to what extent potentially safer and more coordinated autonomous and connected vehicle technologies can help. At a certain point there are only so many cars and trucks that can safely navigate a city simultaneously.

Autonomous mobility services have been proposed as a solution for congestion and road safety challenges. Yet, there remain significant kinks in their technological development and questions about consumer adoption and interactions with existing transportation infrastructure.

Insights into Future Mobility also examined how the introduction of a low cost, door-to-door autonomous mobility service might change travel choices. The report finds that a robo-taxi service would likely prove popular but would not necessarily encourage people to leave their cars in the garage or go car free. “We found that unless these services are introduced with further regulation, they’re likely to compete with existing public transit systems and reduce transit ridership much more than they would reduce mobility by private vehicles,” says Moody. “Even in a dense city like New York with extensive public transit, robo-taxis would increase congestion and car miles.”

Autonomous vehicles still don’t operate well in poor weather or complex urban traffic scenarios. There are also a lot of regulatory barriers and questions of public acceptance of autonomous vehicles and fleet-based services.

Regulations might change this equation by requiring that robo-taxis be geo-fenced to serve only as first or last mile access to public transit. By combining this with increased costs[JM3]  for private car ownership, “you could gain many of the mobility benefits without some of the negative consequences,” says Moody.

Another solution for congestion would be the creation of denser or smaller cities instead of today’s sprawling megacities. “Mass transit requires a certain population density to have enough riders along a certain line,” says Moody. “To become efficient, cities need to address their land use and urban form, encouraging density and multi-use development.”

The Insights into Future Mobility report answers many important questions about the future of personal mobility. To answer the many remaining questions, MIT Energy Initiative has launched its latest Low-Carbon Energy Center:  the Mobility Systems Center/ -- The center will delve deeper into the future of passenger transportation and expand into related topics such as and freight ground transport.

To achieve this mission, the Mobility Systems Center is working with industry to support multidisciplinary studies of transportation engineering, economics, policy, and human behavior. The Center aims to bring together a diverse group of faculty to better understand the factors that will shape the mobility landscape of the future. 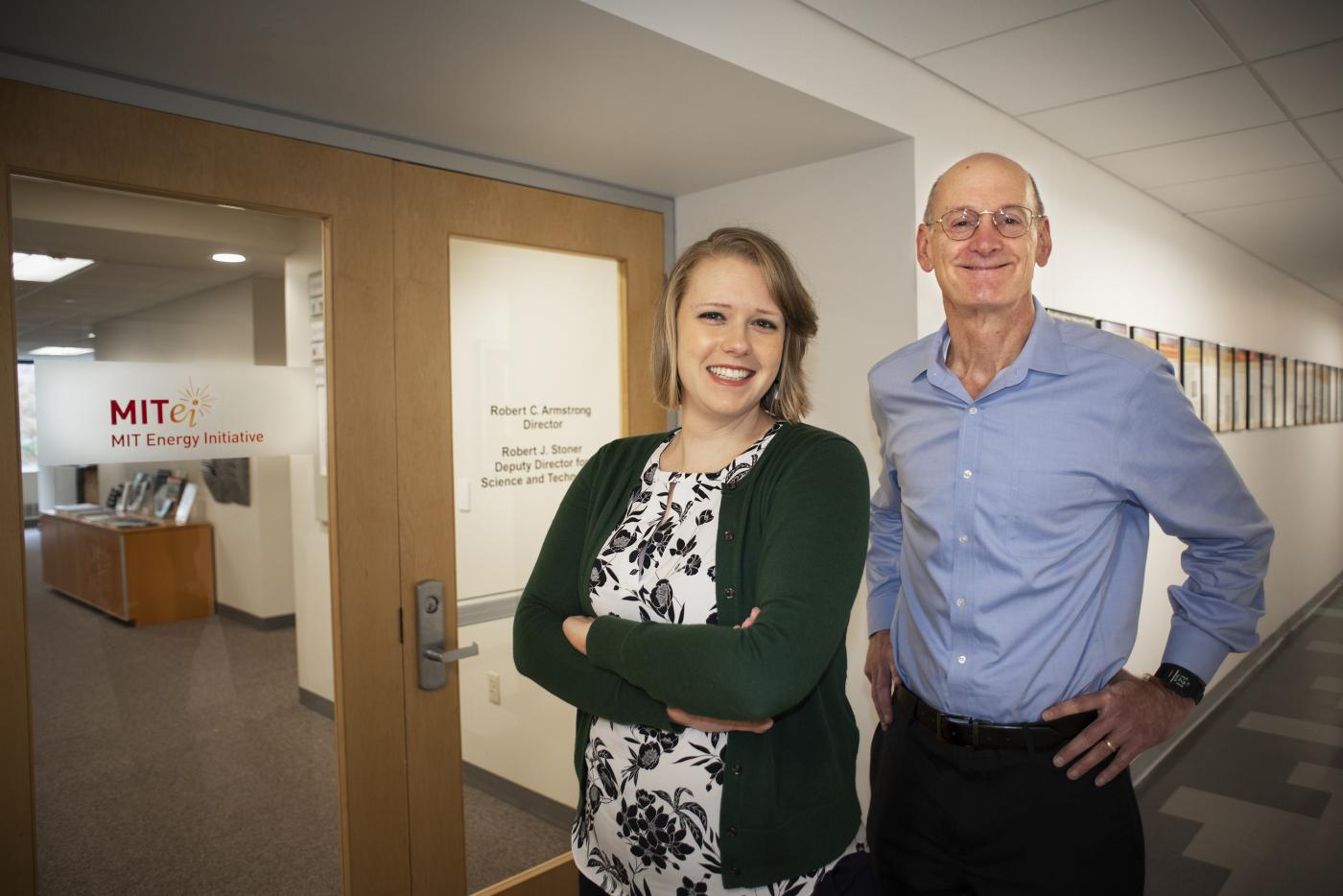