State-of-the-art information and communication technologies have become absolutely essential for all industries as the world is becoming more and more interconnected and data-driven. This trend has been further accelerated by the COVID pandemic.  Where is the digital frontier today and what lies ahead?  The annual MIT Information & Communication Technologies (ICT) event explores the latest research from across the Institute and its potential impact across industries. The webinar series will feature three sessions by six MIT faculty on the following topics: wireless communications, low power/edge computing and urban infrastructure. Additionally, a fourth session will feature MIT-connected startups presenting on the same topics. 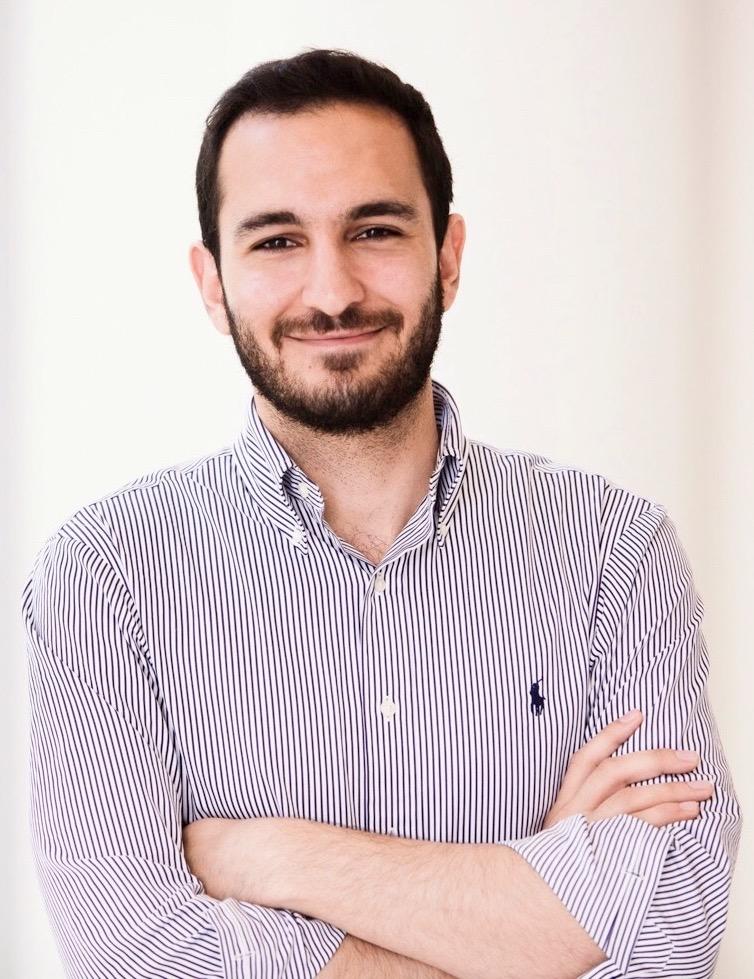 Fadel Adib
Associate Professor, MIT Media Lab & Electrical Engineering and Computer Science
Fadel Adib is the Doherty Chair of Ocean Utilization at MIT and Associate Professor in Electrical Engineering, Computer Science, and the Media Lab. He is also the founding director of the Signal Kinetics group which develops new sensor technologies for health, computing, and climate.
Adib earned his Bachelor’s from AUB (2011), and his Master’s (2013) and Ph.D. (2016) from MIT, winning the best Masters and best Ph.D. thesis awards in Computer Science at MIT. Adib’s Ph.D. thesis on seeing through walls won the ACM SIGMOBILE Dissertation Award and was named as one of the 50 ways MIT has transformed Computer Science over the past 50 years. This work has been commercialized by a startup whose devices have already been deployed in hundreds of homes and are being used by doctors at major US hospitals to monitor patients with Alzheimer’s, Parkinson’s, Multiple Sclerosis, and COVID19.
Adib has been named to Technology Review’s list of 35 Innovators Under 35 and to Forbes’ list of 30 Under 30. He has also received prestigious faculty honors including the NSF CAREER Award, the ONR Young Investigator Award, the Google Faculty Research Award. His research has won Best Paper/Demo Awards at SIGCOMM, MobiCom, and CHI, and has been broadly highlighted in the press including WSJ, CNN, BBC, WaPo, and The Guardian. Among the coolest popular features of his work is an episode in The Big Bang Theory about one of his projects and invitations to demo his research to President Obama at the White House, the Director of National Intelligence, and 50+ state senators and legislators.
View full bio
The evolution of communication technologies over the past 140 years has enabled ubiquitous connectivity with billions of sensors globally. However, today’s technologies still face fundamental obstacles, which prevent them from seamlessly extending to complex domains like the ocean, the human body, or supply chain environments.
In this talk, I will describe new technologies developed by my group that allow us to bring Internet-of-Things (IoT) to extreme environments. First, I will describe a new generation of underwater sensors that can sense, compute, and communicate without requiring any batteries; these devices enable real-time and ultra-long-term monitoring of ocean vitals (temperature, pressure, coral reefs) with important applications to scientific exploration, underwater climate monitoring, and defense. Next, I will talk about new wireless technologies for sensing the human body, both from inside the body as well as from a distance (contactless); these technologies have already been used to monitor disease progression (including in COVID19 patients), and pave way for novel diagnostic and treatment methods. Finally, I will describe new RFID-based micro-logistics solutions that can bring extreme visibility to supply chain processes, with applications to retail, warehousing, and manufacturing; these technologies also allow us to extend robotic perception beyond line-of-sight, enabling robotics to perform complex manipulation tasks that were not possible before.
The talk will cover how we have designed, built, and tested these technologies in the real-world, and highlight their applications to various industries. The talk will also outline the ongoing and potential impact of this line of work in addressing global challenges in climate, health, and automation.
11:40am
RFocus: Large-Scale Beamforming with Smart Surfaces
Hari Balakrishnan
Fujitsu Professor of Computer Science 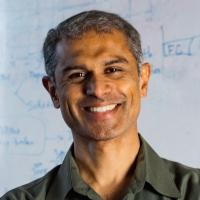 Hari Balakrishnan is the Fujitsu Professor of Computer Science at MIT and a Director of MIT's Center for Wireless Networks and Mobile Computing. His research is in networked computer systems, with current interests in networking, sensing, and perception for sensor-equipped mobile devices connected to cloud or edge services running in datacenters. He has made many highly-cited contributions to mobile and sensor computing, Internet transport and routing, overlay networks and P2P systems, and data management.

In 2010, based on the CarTel project, Balakrishnan co-founded Cambridge Mobile Telematics, a company that uses mobile sensing, statistical methods, AI, and behavioral science to make roads safer by making drivers better. Over the past few years, CMT has become the world's largest telematics service provider, serving millions of users in 25 countries via partnerships with insurers, cellular carriers, rideshare companies, and automobile makers. He was an advisor to Meraki from its inception in 2006 to its acquisition by Cisco in 2012. In 2003, Balakrishnan co-founded StreamBase Systems (acquired by TIBCO), the first high-performance commercial stream processing (aka complex event processing) engine.

When radios communicate with each other, the transmitter spreads its signal in all directions. Hence only a small fraction of what is transmitted hits the receiver. Radios with multiple antennas can beamform, i.e., direct their signal so more of it reaches the receiver. How precisely a radio can beamform depends fundamentally on its size; a larger radio with more antennas can direct its signal better than smaller radios. Unfortunately, practical constraints on mobile and IoT devices prevent us from making radios large.

To address this challenge, we introduce RFocus. RFocus adds many thousands of antennas to the environment arranged as a 2D surface, where each antenna is a simple and inexpensive backscatter reflector similar to a passive RFID tag. They do not emit any signal of their own; instead they either reflect an incident signal or just pass it through. Each of these elements can be “on” or “off”, and the question is how to find the optimal state of each element so that the signal at any given receiver is maximized? This is a combinatorially explosive problem, but we have developed an elegant and practical approximation algorithm that works well. We have built a prototype of RFocus with 3200 elements, which may well be the largest number of antennas ever used for a single communication link! We show through real-world experiments that RFocus can improve received signal strength by a median of 10x in an office environment, and as high as 20x in challenging locations on an office floor. We will discuss applications to IoT, Wi-Fi, and 5G networks.

This is joint work with PhD student Venkat Arun.