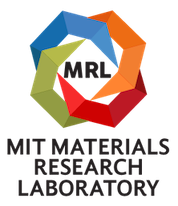 The design, testing, and processing of metals is becoming increasingly driven by computation and automation—for instance, gaps in physical models are addressed by machine learning, and additive manufacturing is crossing from prototyping to production. These developments foreshadow a digital transformation in the manufacturing of metal components and structures, optimizing performance across scales, from atoms to meters.

Repeats on November 10 at 7:30pm EST adhering to the same agenda topics with recorded and captioned videos, live discussions and breakout sessions

Advances in materials science and engineering are key components of the innovation process.  In this four-part series we highlight areas of materials research driving breakthroughs in technology.

Each 2-hour webinar will feature two faculty speakers who will provide complementary perspectives on technology challenges and opportunities and provide an overview of related research activities at MIT.  Ten students will also give short presentations on their recent research results, followed by parallel break-out sessions for detailed discussions. 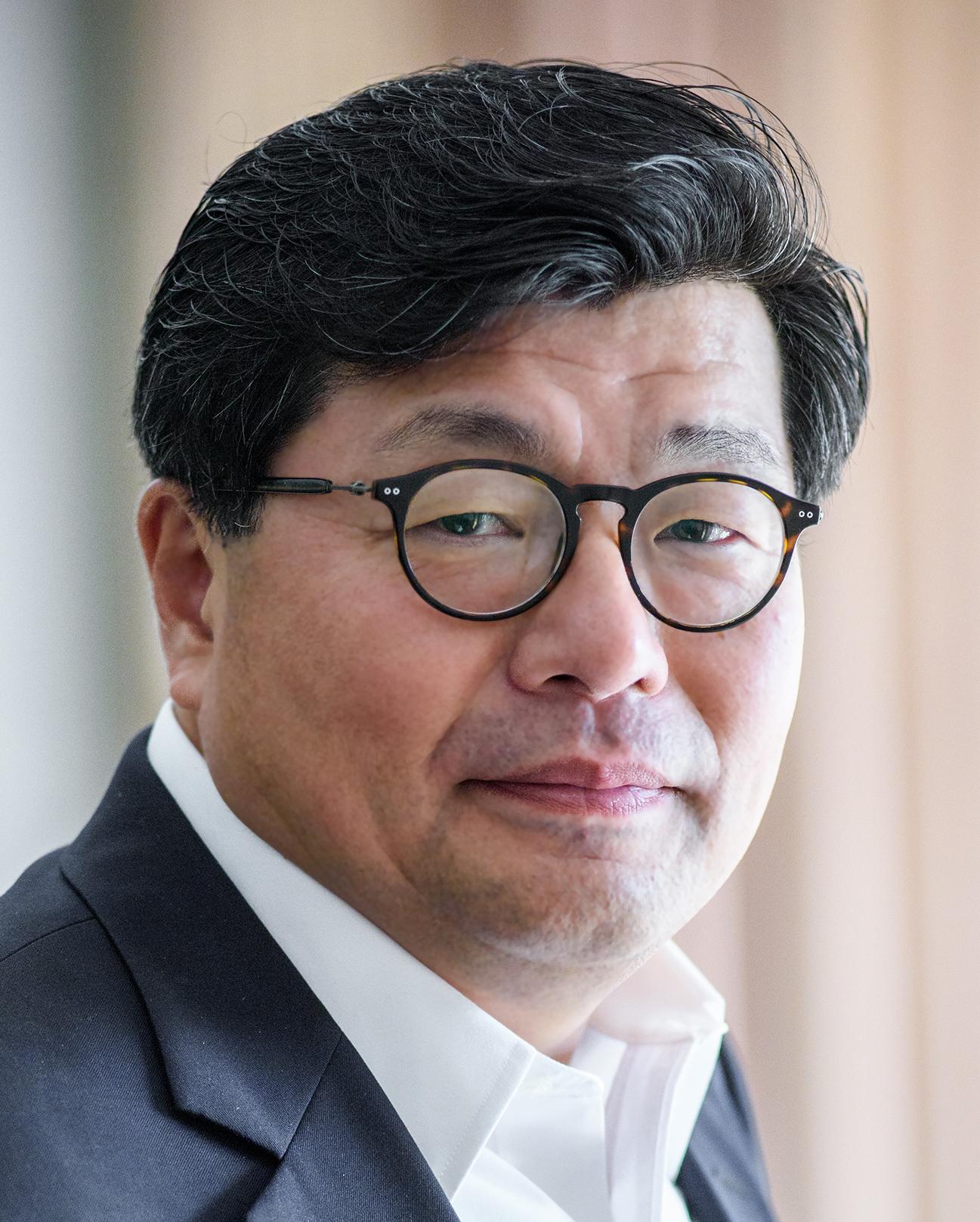 Jewan John Bae comes to MIT Corporate Relations with more than 20 years of experience in the specialty chemicals and construction industries. He facilitates fruitful relationships between MIT and the industry, engaging with executive level managers to understand their business challenges and match them with resources within the MIT innovation ecosystem to help meet their business objectives.

Bae’s areas of expertise include new product commercialization stage gate process, portfolio management & resource planning, and strategic planning. He has held various business leadership positions at W.R. Grace & Co., the manufacturer of high-performance specialty chemicals and materials, including Director of Strategic Planning & Process, Director of Sales in the Americas, and Global Strategic Marketing Director. Bae is a recipient of the US Army Commendation Medal in 1986.

Professor Thompson joined the MIT faculty in 1983. He is Director of MIT’s Materials Research Laboratory and co-Director of the Skoltech Center for Electrochemical Energy Storage. His research interests include processing of thin films and nanostructures for applications in microelectronic, microelectromechanical, and electrochemical systems. Current activities focus on development of thin film batteries for autonomous microsystems, IC interconnect and GaN-based device reliability, and morphological stability of thin films and nano-scale structures. Thompson holds an SB in materials science and engineering from MIT and a PhD in applied physics from Harvard University. 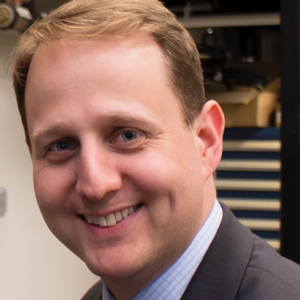 Christopher A. Schuh is the Danae and Vasilis Salapatas Professor of Metallurgy in the Department of Materials Science and Engineering at MIT.

Schuh’s academic training in Materials Science and Engineering focused on metals, including their processing, microstructure, and mechanics. He earned his B.S. from the University of Illinois at Urbana-Champaign in 1997, and his Ph.D. from Northwestern University in 2001. He held the Ernest O. Lawrence postdoctoral fellowship at Lawrence Livermore National Laboratory 2001-2002, prior to joining the MIT faculty in 2002.

Prof. Schuh’s research is focused on structural metallurgy and seeks to control disorder in metallic microstructures for the purpose of optimizing mechanical properties; much of his work is on the design and control of grain boundary structure and chemistry. Prof. Schuh has published more than 250 papers and dozens of patents, and has received a variety of awards acknowledging his research accomplishments.

Prof. Schuh has co-founded a number of metallurgical companies. His first MIT spin-out company, Xtalic Corporation, commercialized a process from Schuh’s MIT laboratory to control the internal structure in metal electroplated coatings down to the nanometer scale, producing exceptional mechanical and functional properties. These nanocrystalline coatings have been deployed in applications ranging from machine components, to automotive parts, to electronics, and are in wide and growing usage around the globe. Prof. Schuh also cofounded Desktop Metal, a metal additive manufacturing company producing 3D metal printers that address markets ranging from prototyping, to shop-scale, to production scale.

In 2011 Prof. Schuh was appointed Head of the Department of Materials Science and Engineering at MIT, a position he filled until the end of 2019. During his tenure as Head the department saw a significant expansion of the faculty ranks, a major reconfiguration of their physical spaces at the heart of the MIT campus, and the roll-out of online materials science courses that have expanded the exposure of MIT’s Materials Science and Engineering program to learners from all over the globe. He also currently serves as the Coordinating Editor of the Acta Materialia family of journals, including Acta Materialia, Scripta Materialia, Acta Biomaterialia, and Materialia, the last of which he launched in 2018. Among his various awards and honors are his appointment as a MacVicar Fellow of MIT, acknowledging his contributions to engineering education, and his election as member of the National Academy of Inventors and the National Academy of Engineering.

Over the past several decades the iterative trial-and-error approach to alloy design has become dramatically ‘digitally enhanced’.  Physically-motivated computational models that incorporate thermodynamics, kinetics, and processing pathways can substantially narrow the search for optimum alloy compositions and configurations, while high-throughput experimental methods accelerate iteration. In advanced research areas where the controlling physics are not always known, computation can be augmented with data science and machine learning methods to span vast compositional spaces where few experiments exist. This talk will highlight projects of MIT faculty contributing to the digital transformation of the innovative ‘front-end’ of the metals industry—the design and reduction-to-practice of new alloys.

11:05am
Next-Generation Metals Manufacturing: From Rapid Experimentation to the Factory Floor
A. John Hart
Associate Professor of Mechanical Engineering 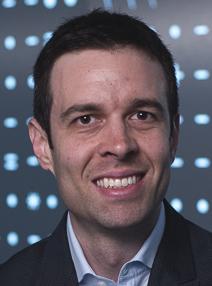 John Hart is Professor of Mechanical Engineering, Director of the Laboratory for Manufacturing and Productivity, and Director of the Center for Additive and Digital Advanced Production Technologies at MIT. John’s research aims to accelerate the science and technology of production via advancements in additive manufacturing, nanostructured materials, and precision machine design. He is also a co-founder of additive manufacturing startup companies Desktop Metal and VulcanForms, and is a Board Member of Carpenter Technology Corporation.

Manufacturing of metal components is essential to every major industry, consumes significant natural resources, and involves complex supply chains. The promise of a digital thread from alloy formulation to scaled production and potential re-use therefore has inspired new experimental approaches and manufacturing techniques that go hand-in-hand with computational methods. This talk will highlight MIT research in the “hands-on” side of metals processing—including high-throughput laboratory techniques, in situ characterization of deformation and microstructure, new additive manufacturing processes, and resource-efficient extraction. An outlook will be framed in terms of the value chains of key industries, pathways for commercialization, and business models enabled by digital transformation.