Democratizing the tools of medical creation

Anna Young is Co-Director of MIT Little Devices Lab and its spinout MakerHealth. She develops empowerment technologies for health.

Anna Young works from the fundamental tenet that, given the right tools, everyday people can create medical devices. She believes medical-device creation isn't about your title or whether or not you have a background in engineering. Rather, it's a question of mindset: your sense of curiosity, interest in experimenting, and the desire to problem-solve while working with your hands.

This could be construed as disingenuous coming from the co-director of a medical device laboratory at one of the most prestigious engineering schools in the world. But the Little Devices Lab is in the business of leveling the playing field, harnessing the ingenuity of the tinkerer, the maker, the designer; and the Institute has always encouraged outside-of-the-box thinking.

Young, who studied business and economics before arriving at MIT and becoming a leading figure in the health care maker movement, has spoken at TEDMED and WIRED UK on the role of the maker movement in health care. In 2015, she was recognized by LinkedIn as a top Health Innovator under 35, and in 2016 she received Fast Company’s Most Creative People in Business.

In her role as co-director of the Little Devices Lab, she helps develop empowerment technologies for health. The Lab operates from the belief that innovation and design happen at the frontline of healthcare, where providers and patients can invent everyday technologies to improve outcomes. By radically democratizing the tools of medical creation, its researchers seek to enable frontline workers to invent answers to disease burdens.

“We invented the DIY tech medical space,” says Young, “At the Little Devices Lab, we believe that anyone can make medical technology, and it’s our mission to design the tools and the platforms that enable that to happen.”

We realized that biochemistry lacked a plug-and-play environment—so we created it.

Ampli, for example, is a Little Devices-designed platform based on a set of modular blocks that are assembled to produce diagnostic and biochemistry devices. They can be used for a host of applications, including testing blood and glucose levels in diabetic patients, detecting viral infection, and monitoring environmental water. Soon, they’ll be integrated into spaced-based pharmaceutical experiments.

The impetus for Ampli? Young and her colleagues at the Lab realized that despite their relative simplicity—there is no machining or special instrumentation required—most paperfluidics are subject to black-box engineering, rendering them difficult to fabricate in resource-constrained environments that stand to benefit from the technology. In an effort to democratize biomedical device fabrication, Young turned a tinkerer's eye to the field of electronics for inspiration, where the shift from integrated circuits to breadboards opened new avenues for prototyping and experimentation. "We realized that biochemistry lacked a plug-and-play environment—so we created it," she says. 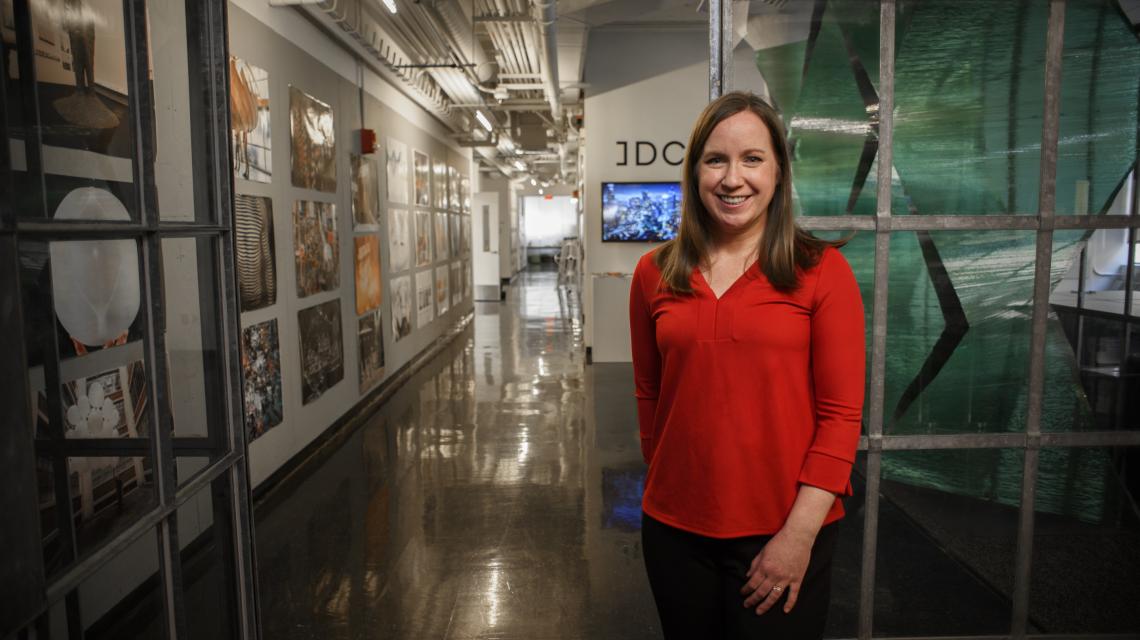 To put this in perspective, consider recent efforts to build and roll out new COVID diagnostics. We’re now witnessing the emergence of rapid, lateral flow tests due to their low cost and ease of use. Breaking down a lateral flow test into its individual components, at the highest level, there is a sample pad, a reaction pad, and an absorbent pad. Using the Ampli system and its library of components with individual functions, you would simply combine three blocks, similar to Lego pieces, representing the sample pad, the reaction pad, and the absorbent pad. Given the plug-and-play nature of the platform, all you would have to do to test for new variants of the disease is switch out the membrane (the detection block).

“With Ampli, the library of interchangeable components accelerates research and development, accelerates dissemination, and it moves the process closer to the point of care,” says Young. Sick patients can be detected faster and COVID variants can be stopped in their tracks thanks to a clearer understanding of how the disease spreads in a population. Not to mention the fact that with Ampli, manufacturing happens closer to patients so clinicians can readapt their tests to hyper-local needs.

The notion of moving the R&D process closer to the point of care is an essential aspect of how Young views healthcare. Hence, MakerHealth, the Little Devices Lab spinout she helped co-found in 2016. MakerHealth and its affiliated groups like MakerNurse, work with hospitals and clinicians around the world, bringing them a software platform and a creative engine (in the form of fabrication labs and medical construction kits) to help clinicians develop innovative, just-in-time medical technologies.

“Health making is in the DNA of clinicians,” explains Young. “It’s not constrained by the environment in which they operate, it’s accelerated by that environment.” MakerHealth’s most recent fabrication lab was launched at UnityPoint Health in Cedar Rapids, Iowa. And, like so many hospitals around the world, UnityPoint found itself scrambling to adapt when the pandemic hit. The hospital team relied on the tools in the fabrication lab to design and build just-in-time solutions for the COVID-specific challenges.

We're doubling down on democratizing biotechnology and the process of creating, making, and inventing.

Transporting patients in need from remote areas, the helicopter team at UnityPoint grappled with unique in-flight PPE challenges. MakerHealth’s fabrication lab worked with the helicopter team to create protective equipment for stretchers that could withstand the elements during helicopter transport of COVID-19 patients and allowed the EMTs to safely access critical patients.

“We witnessed the space of DIY medical technology come to life, proving the thesis of the Little Devices Lab,” says Young. “The people closest to the problem created solutions for their patients, and they did it just-in-time.” Thanks to MakerHealth, clinicians accomplished this within the hospital walls, meaning the hospital had discretion over how their innovations were used. "We saw this on-site creation as a huge asset when our hospital fabrication labs were able to create and design inside the lab and rapidly deploy devices to fill in the gaps where the supply chains had been broken."

Going forward, Young and the Little Devices Lab will be building on prior work to design locally-relevant tools and platforms for everyday users. They've done it in remote regions across Central America and in hospitals across the US. Now they're exploring local public and private partnerships to develop hubs of medical device creation and experimentation throughout Europe, starting with the Spanish Ministry of Health and the Canary Islands.

But it doesn't stop there. "We're doubling down on democratizing biotechnology and the process of creating, making, and inventing," says Young. Which is another way of saying that this fall the Little Devices Lab is launching a laptop-sized pharmaceutical manufacturing platform called Ampli RX. Young and her colleagues will be validating Ampli RX with a host of public and private partnerships to explore their newest creation.

One of those partners is the International Space Station. “There is going to be creation and invention and development happening in space,” says Young. “And part of that is going to be connected to disease detection and medication production. We intend to be part of that future. Space is an exciting opportunity for us to translate our technologies into a long-tail solution environment, one of the most extreme environments that you can imagine. If we can do it in Nicaragua, we can do it on Mars.” 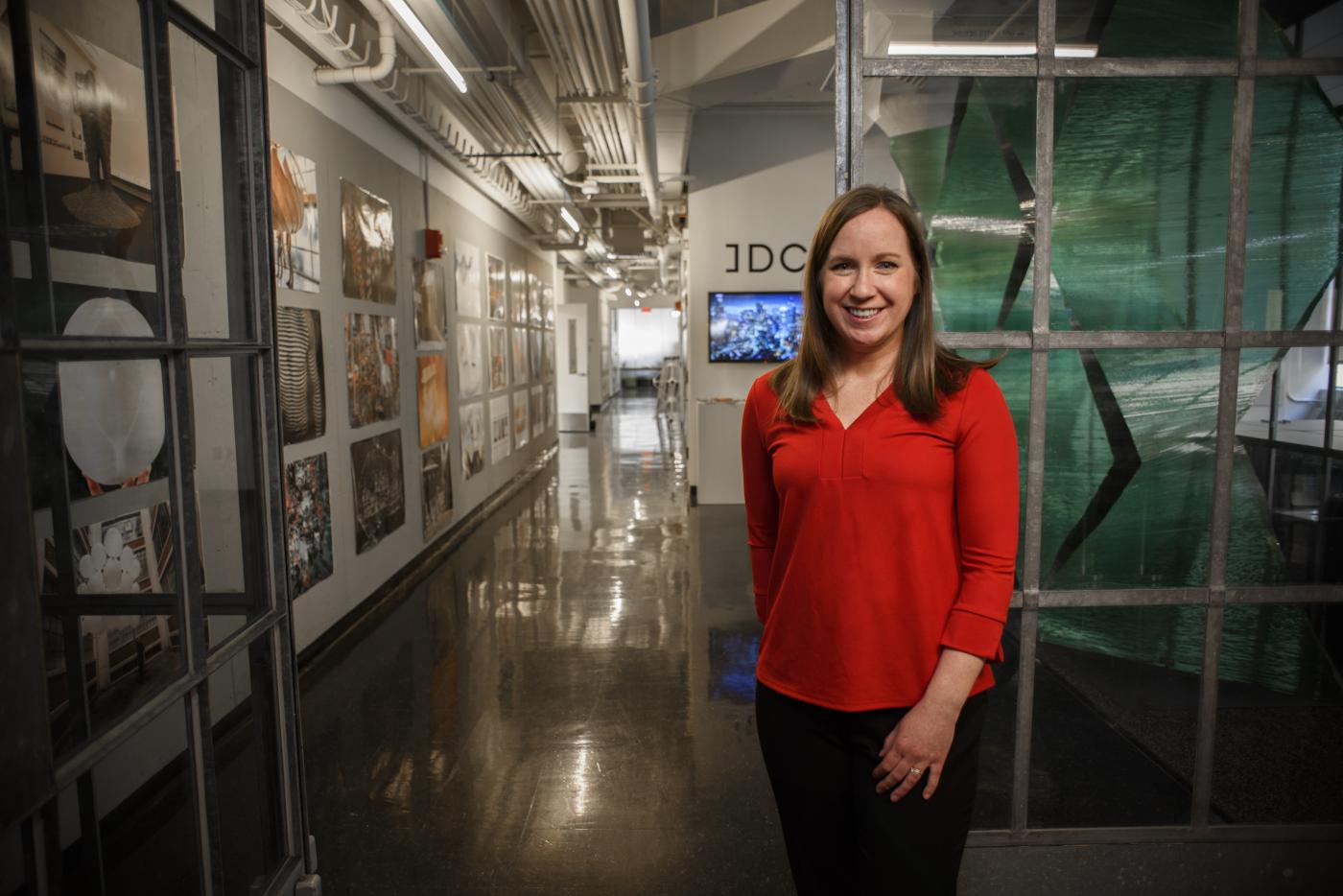