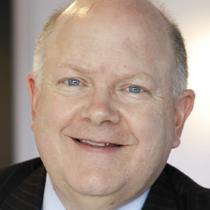 Mr. David Martin joined Corporate Relations on August 15, 2018 as Program Director for the ILP. Over time, Martin will take on more ILP members in the Middle East.

Martin comes to OCR with deep and broad knowledge and expertise in program management, innovation, commercial and government contracting, and strategic planning. In his most recent position at Altran (Burlington, MA) as the VP Programs, Dave had many major accomplishments including leading an innovation team to develop new technology in the beverage-filling industry, and managing client-facing relations supporting sales and execution of projects. Before that, he was at Windmill International as VP, Product Development, R&D. There he spearheaded the move into new markets for an innovative satellite communications product including through the SBIR program where he secured funding and sponsorship. Martin also leveraged other government programs collaborating with the DoD and congressional contacts. He began his career in the US Air Force as an Active Duty Captain and served for 10 years as an Acquisition Manager, Scientist, Test Director, and finally as Executive Officer in the Executive Office for Command, Control and Communications Systems in the Pentagon. Martin also served in the US Air Force Reserves before joining Windmill.