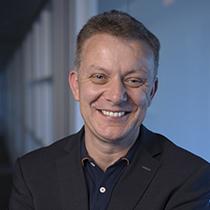 Schleicher is a very experienced technology and business manager and has worked in both consumer and industrial markets. His experience includes extensive business in North America, Europe, Latin America, Central America, and Asia. Schleicher speaks a number of languages and is proficient in Italian, Spanish, French, German, Dutch, and Portuguese, and is also knowledgeable in Japanese, Korean, and Turkish. Initial plans have Schleicher focusing on general industry and energy, primarily in Europe.