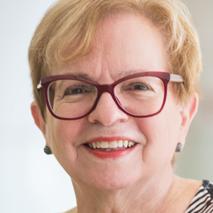 Marie-Teresa Vander Sande has had extensive experience in the MIT Industrial Liaison Program working with companies in a variety of industrial sectors. From 1985-1987, she served a large portfolio of both U.S. and Japanese companies, focusing on the materials and manufacturing sectors. Vander Sande rejoined MIT in October 1994 to work with client companies in the electronics and communications sectors. From July 1997 to June 1999, she served as Manager of Communications in the MIT Office of Corporate Relations, where she oversaw the ILP conference series, The MIT Report, and other information products and services. From June 1999- May 2010, she resumed working with corporate clients in both Europe and the US through the MIT Industrial Liaison Program. She has recently rejoined the MIT Office of Corporate Relations as a Senior Industrial Liaison Officer.

Vander Sande's industry and consulting background is both rich and varied. She worked at GE Aircraft Engines in Lynn, Massachusetts, as a Materials Engineer; at Arthur D. Little, Inc. as a professional staff member in the Materials Group; and for Millipore Corporation, managing the market research function in the Strategic Planning Group. In addition, Vander Sande opened the U.S. office for a small French consulting firm and has worked both as an independent consultant, performing marketing studies and technology assessments, and as a freelance writer, producing technology overviews and advertorials. During her most recent hiatus from MIT, Vander Sande wrote several articles for the MIT TechInsider and worked as a consultant to Reykjavik University on developing graduate engineering programs. From January 2009 to June 2010, she served as the Executive Assistant to the Provost at Reykjavik University in Iceland.