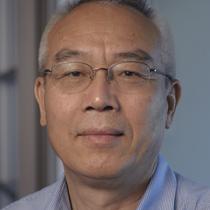 CJ Guo joined the Office of Corporate Relations in July, 2015 after an extensive industrial career and global experience in technology portfolio management and business development in the energy and petrochemical sectors with leading multinational corporations (Shell, Air Liquide, BOC, and CANMET).

Guo was expatriated to China as the Emerging Technology Theme Leader (Beijing) for Shell from 2011 to 2015 and a Senior Technology Advisor (Houston) with Shell Hydrogen from 2006 to 2010 during which he also served for one year as Chairman, Fuel Operations Group for the US DOE FreedomCar Partnership, USA. Before Shell, CJ has held positions as Technology Program Manager for Air Liquide, as Lead Engineer for The BOC Group (now Linde) in the US and as research scientist for CANMET in Canada.