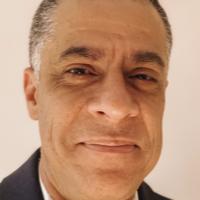 Yuri Ramos brings 20 years of international experience, having worked with Information Technology for multinational companies in his native Brazil, throughout South America and in the United States. Before MIT, Yuri was with Santander Bank N.A., where he first worked as a Sr. Manager for online and mobile initiatives, and then as Chief of Staff for the CIO of Digital Channels.

Prior to Santander, Yuri was the co-founder and CEO of 2 startups in the EdTech space. In both endeavors he was responsible for strategy, business development and operations. Before this entrepreneurial period, Yuri held positions at Universo Online – Brazil’s largest Internet portal - as Director of Operations and Senior Manager; at ACISION as Engineering Manager (Latin America Operations) and Senior Project Manager; and at Nortel Networks as Project Manager.

Yuri earned his Bachelor’s degree in Mathematics at the University of Brasilia, and his MBA at MIT where he was a Sloan Fellow.