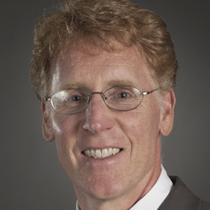 Laukaitis comes to OCR from GE Healthcare Information Technology in Burlington, Vermont, where he has worked as Commercial Operations Leader since 2005. In his role at GE Healthcare, Laukaitis facilitated and led major corporate improvement initiatives including creating and implementing new lean processes, the full integration of an acquired company into the established model and systems, and leading a market segmentation initiative in order to drive new product and services development efforts. Prior to his work at GE Healthcare, Laukaitis was Director, Sales and Marketing for DFT Microsystems of Montreal where he led company sales and marketing from pre-revenue, through product launch, to early adopter stage. Prior to that, he spent seven years at Teradyne as Senior Account Manager, and held other positions with increasing responsibility including four years at Parametric Technology in Waltham.

Laukaitis received his B.S. in Mechanical Engineering from Lehigh University, and his S.M., Management from the Sloan School of Management here at MIT. His thesis was on the intellectual property protection of software.

Laukaitis also participates in his local (VT) MIT Alumni Club as Board Member, he is a member of IEEE, the American Wind Energy Association, Renewable Energy Vermont, and the American Society for Quality.