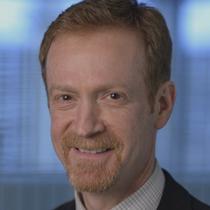 Roberts comes to OCR with many years of experience as an expert process chemist, a project manager, an alliance manager, and with cross-functional leadership experience in large pharmaceutical companies and biotech companies. In the five years prior to joining the OCR, he worked at Sirtris (a division of GlaxoSmithKline) in Cambridge as VP Pharmaceutics & Strategy. Prior to that, he spent nine years in various roles including four years as Scientific Manager, Outsourced Projects US for GlaxoSmithKline in Research Triangle Park, North Carolina. Before that, he was at Eisai Research Institute in Andover as Senior Scientist and at Procept Inc. in Cambridge as Principal Investigator, Medicinal Chemistry.

Roberts holds a B.A. Chemistry from Clark University in Worcester, MA and a Ph.D. in Organic Chemistry from MIT where his advisor was the late Professor Satoru Masamune. His Thesis title was "Total Synthesis of Bryostatin 7." Roberts is fluent in Portuguese and has co-authored many publications and patents.