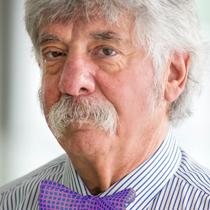 Dr. Kenneth A. Goldman joined the MIT Industrial Liaison Program in 1988, managing a diverse portfolio of mostly European memberships, and concentrating in telecommunications and high technology. Before that, he began his career at MIT at Project Athena, MIT's experiment in distributed educational computing, where he organized and managed the visitor and demonstration facility. Most recently, he was assigned to the MIT-Skoltech team to create a corporate engagement function at the Skolkovo Institute of Science and Technology.

Dr. Goldman has special responsibility for relations with the MIT Media Laboratory and the Department of Linguistics and Philosophy.

Dr. Goldman has worked with a wide range of companies and technologies, from the IT and communications sector to electronics, materials and manufacturing and aerospace and defense. In addition to companies in the United States, he has worked with companies Eastern and Western Europe. He speaks fluent Italian, Russian, Serbian, Croatian, and some French, German and Spanish. He has studied many other languages.

He earned a Ph.D. in Slavic Languages and Literatures, applying information technology to analyze Serbocroatian oral epic. After that, Dr. Goldman worked several years at the Harvard Business School, in a database of industry and economic statistics (Program for Industry and Company Analysis). Following that he worked for Compulex, Inc. of Lowell, MA, a start-up, which produced multilingual word processing systems, where he was hired as manager of documentation and training, and then assumed responsibility for customer support, product design and product management. He then worked in a number of positions in the software industry before coming to MIT.